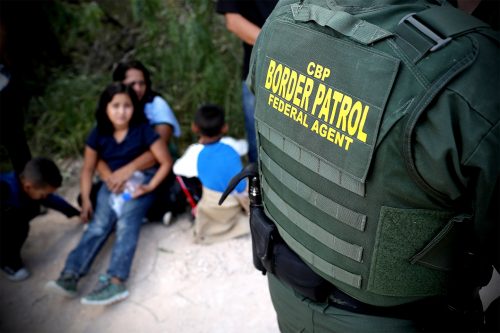 On Tuesday, July 24, Don Saylor and Jim Provenza, the two county supervisors who represent Davis, will put a resolution before their colleagues as a statement of values as well as an action plan to support Yolo County’s immigrant communities.

The resolution is called “Yolo County, a Safe and Welcoming Place for All: Protect Children and Keeping Families Together.”

The resolution calls on the Board of Supervisors to oppose “current practices that separate children and parents/adults, calls for an immediate end to the separation of children and families…”

The resolution, if passed, would have the Board pledge to do the following:

In March 2017, the Board adopted a resolution affirming its commitment “to be a safe, tolerant and welcoming place and pledged to monitor and take appropriate action to ensure family unity, community security, respect, due process and support for all individuals in our community.”

The new resolution criticizes the current administration, which they say “has taken action to impose an unjust ‘zero-tolerance’ policy for undocumented immigrants who cross the border into the United States and separated families with no certainty of reunification, timely process or fair adjudication.”

The resolution notes that, “More than 3,000 children have been separated from their parents in the last three months and shelters are at or near capacity, prompting federal officials to contemplate housing children at military bases and tent camps.”

There are media reports from shelters, saying that “children are experiencing severe separation trauma and are begging for their parents.”

The resolution notes, “The American Academy of Pediatrics says separating children from their parents can cause lifelong health consequences and experts at the American Psychological Association

Yolo County, including its cities, schools and institutions of higher learning, the resolution states, “are home to thousands of international students, faculty, scholars, documented and undocumented immigrants, working families and children of diverse backgrounds.

“Yolo County values the strength families bring to our local economy, regardless of immigration status, and recognizes the important role parents play in the security and developmental growth of infants and children,” Supervisors Saylor and Provenza write.

They cite a 2018 study by the conservative Cato Institute that “concludes undocumented immigrants are considerably less likely to commit crime than native-born citizens.”

Furthermore, they note, “Programs that use alternatives to detention have demonstrated that detention is not necessary to get immigrants to show up at their asylum hearings.

“Many of these families are fleeing violence in their home countries, family separation is violence in another form and it is inhumane to punish immigrants for seeking safety and a right to asylum through a fair process,” they continue.  “Separation breeds fear and alienation in immigration communities, leading to avoidance of contact with government agencies and personnel, with impacts on public safety.”

Yolo County’s 2016-19 strategic plan identifies thriving residents as a core goal and pledges to create and promote healthy, safe communities by providing critical services, protection and support for all its residents.

The Yolo County Board has taken action previously on such measures.  Last year, the Board of Supervisors narrowly passed a resolution in support of the California Values Act or so-called “sanctuary state” bill (SB 54).  In that case, the vote was 3-2 with Oscar Villegas joining Don Saylor and Jim Provenza in support, but with opposition by Duane Chamberlain and Matt Rexroad.

While the board is non-partisan, the vote came along party lines.

At the time, Don Saylor noted, “Over the last year or so there’ve been a number of concerns arising among the immigrant population of our county regarding their safety and their ability to remain and work productively as a part of our community.”

On the other hand, Supervisor Matt Rexroad questioned the rationale for taking a position on SB 54, stating, “I don’t think this is the kind of thing we should get involved in.”