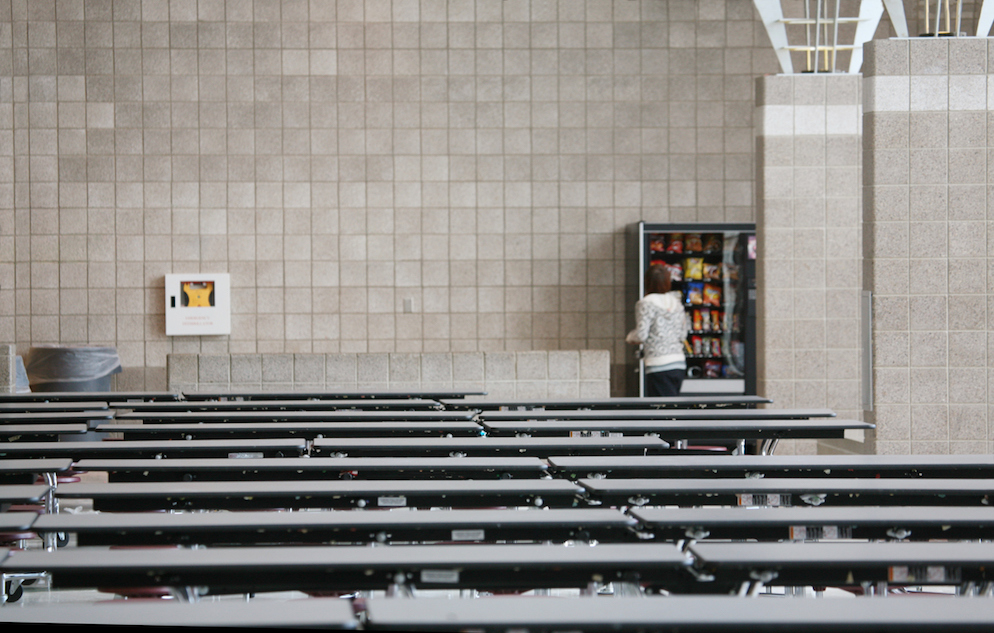 On Monday, Robb Davis did a good job of analyzing the data on poverty and food security issues locally.  As he pointed out in the piece – it is difficult in an area like Davis to separate out students who do not make any income by design from students who are truly impoverished and food insecure.

Two weeks ago, the Vanguard published a piece that examined the impact of housing costs on effective poverty rates.  By accounting for what they call a “supplemental poverty measure,” PPIC found that California effectively has the highest poverty rate in the nation with more than 20 percent of its residents, 8 million people, meeting the “supplemental poverty measure.”

By adjusting the rent to national average, the overall poverty rate drops from 21 to 14 percent, with nearly 2.4 million residents lifted above poverty.  The different was more dramatic for child poverty which fell by 8 percentage points and 717,000 children once the cost of living is lowered.

That is especially important to keep in mind in a place like Davis – where high rents may increase the number of people living in effective poverty.

In his article, Robb Davis looks at a variety of data to analyze the situation locally.  One measure are students who are eligible for free and reduced-price meals at school.  In Davis, nearly 22 percent are eligible but that number soars to 52.4% outside in the entire county and nearly two out of every three students in the rest of the county excluding Davis.

Food security is a more a difficult measure to obtain, as “local-level estimates are not directly available from the data collected.”  Overall, “approximately 14% of Yolo County residents are food

insecure with 79% of those falling below 200% of the official poverty threshold.  This means that over 29,000 Yolo County residents are food insecure according to their model.”

Robb Davis also notes that UC Davis’ survey had similar findings to the UC-wide survey.  The most recent found “that 42% of students, university-wide have low or very low food security.”

The poverty measures are more tricky, as the “official definition of poverty in the ACS does not easily tease out the fact that college students may be classified as “poor” because they are not working and have no visible “income.””

“In most cases, the removal of students does not change the estimates of the proportion of the population living in poverty, but as the authors argue, in University towns such as Davis, with a large student population living within the city, the presence of students who may be only transitorily poor can lead to confusion about the true level of persistent poverty and cloud decision making about the best ways to deal with it,” Robb Davis points out.

When Robb Davis removes all graduate, professional, and undergraduate students from poverty calculations, Davis’ poverty rate drops to 9.35 percent.  “This implies that about 4000 Davis residents, excluding university students, live in poverty,” he writes.  For the county overall, “the non-university poverty rate is 12.3% or just under 20,000 people in poverty.”

By that measure then, Davis is markedly better than the overall county rate.

However, that by itself is a problem: “The problem with the Census Bureau approach is that is simply removes all students from calculations.  This, despite the fact, that some students ARE poor, notwithstanding family or other support.”

The food insecurity rate could stand as a proxy for poverty.

By adding back in the students who qualify as poor as estimated by the food security survey, “then the Davis poverty rate is 21.5% or just under 14,000 living in poverty.”

Robb Davis here argues: “While these adjustments may be considered too liberal, they do provide a means to add in truly poor students who, for whatever reason, are finding it difficult to provide for their basic food needs.  If we assume that only students who have very low food security are truly poor the poverty rates for both the City and the County are about 14%—with nearly 9,000 people in the City and 28,000 people in the County (including Davis) living in poverty.”

I wanted to simplify the findings that Robb Davis made since the article he published was a bit dense and I don’t think generated sufficient discussion.  But Robb Davis did very important work here as he gave us a number of tools to understand what poverty and food security issues.

There are two key things I want to understand better.  The first is what I mentioned at the outset – the interaction between cost of living (rent is the biggest factor there) and poverty and food insecurity.

Second, there is a dismissive attitude toward food insecurity among students.  In discussions I have had with people, their general attitude has been that students are not legitimately poor.  That they have access to additional resources from their parents that in some cases do not show up in standard measures.

I actually hope to learn more about this – this week.  But here I want to suggest a few key things.  First, while it is true that a good number of students have parents making sizable incomes – it is also true that a good percentage of students have parents making less than $85,000 a year.  And if we are dealing with for example food and housing security rates that range from 17 to 44 percent, it seems entirely possible that 20 percent of students at UC Davis have no access to supplemental parental support at all.

Last spring I did a quick and informal survey of students – most spent less than $20 a week on food, some less than that.

Take a look again at the CPS Food Security Supplement (here) – the concern is that students end up running out of food and do not have money to get more, they cannot afford to eat balanced meals and many seem to be unaware that they qualify for CalFresh and programs of that sort.

We need to start with facts and data here, not suppositions.  This is an issue I hope to look into further in 2019.

4 thoughts on “Commentary: Getting a Good Measure of Food Security”