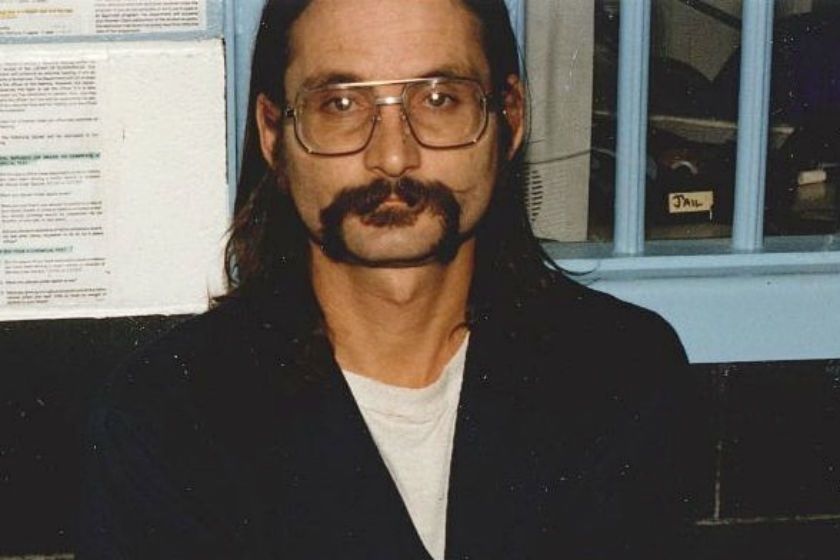 Last week, a man wrongfully convicted of murder in a case that occurred in Trinity County, but was tried by a special prosecutor in Solano County, was exonerated based on newly discovered evidence, including the confession of the true killer.

According to the Northern California Innocence Project, Bob Fenenbock spent 28 years in prison for a murder he did not commit.

In October 1991, in Hawkins Bar, a small hamlet in Trinity County, a man was stabbed to death by an assailant who thought he was avenging the molestation of his girlfriend’s four-year-old daughter.

Police erroneously came to believe that the killing was the result of an action by a vigilante mob, that they believed included Mr. Fenenbock, at the time a 38-year-old Army veteran who owned a mining claim and operated a wood-cutting business in the beautiful countryside surrounding Hawkins Bar.

As Aaron Aguas-Rao of the Innocence Project explained, it not only took 28 years but a change in state law to exonerate Mr. Fenenbock and right a historic wrong.

Ms. Aguas-Rao told the Vanguard on Wednesday that Mr. Fenenbock has not been released as of yet.  Of note, he was set to be paroled the same date that he ended up being exonerated.  But they are looking to expedite his release, as he has a large number of friends and supportive family awaiting his release.

She explained that the problems with this case predated the appointment of the special prosecutor, asked to handle the matter given the case’s complexity and the nature of Trinity as a small, rural county.

“Sgt. Kartchner, who was the investigator up in Trinity County, did most of the leg work on the case,” she explained.  “How the investigation was conducted, really led to ultimately the charging of several people – one including Bob Fenenbock, who should have never been involved in the case in any way.”

She also noted that while the Innocence Project has solely focused on Mr. Fenenbock because he is their client, some of the other convictions should be of concern as well.  There ended up being

three trials with Mr. Fenenbock in the first group tried.

This was a case where law enforcement had a lot of physical evidence that should have enabled law enforcement to put together a fairly clear picture as to what occurred.  At the murder scene, there were tire tracks, a vehicle with the victim’s blood, blood from another person who ultimately confessed to the murder, a shovel – and, in fact, they arrested the person who confessed along with another person.

“There was a lot of physical evidence in this case that really suggested very strongly who the actual perpetrators of the crime were,” Ms. Aguas-Rao stated.  That evidence they had from the very start when the body was discovered.  “Despite all that physical evidence, the main investigator, Dan Kartchner, chose to follow this completely different narrative of what had happened.”

Law enforcement had an interaction with a man named Bernard MacCarlie, the roommate of the victim, and a nine-year-old who was in the back of the car.  The autopsy reported that the victim had been stabbed over 70 times. Law enforcement found MacCarlie’s knife at the scene, covered in blood.

Despite this, this officer leaned on the nine-year-old child rather than following the physical evidence.  The child told the investigators repeatedly that he had not been at the scene of the murder and not seen anything that happened to the victim.

However, Officer Kartchner decided that because the child was with Mr. MacCarlie, that the child must have been present at the time of the crime.

For whatever reason, as explained by the release from the Innocence Project, the police came to believe that a mob had conspired to kill the victim, Gary “Hop” Summar, on the belief that he had molested a four-year-old girl, the daughter of Mr. MacCarlie’s girlfriend.

Ms. Aguas-Rao explained to the Vanguard that the officer questioned the nine-year-old child repeatedly, even going so far as to take him to the scene of the murder to show him things like blood and drag marks.

“They told him, we want you to play detective and tell us what you think happened,” she said.  “Even after this hard press of an interview, Randy, who was nine at the time, said, you know I’m just making this up.  I didn’t actually see anything.”

The detective in concert with CPS and social workers “over and over again continued to pressure Randy to tell this story of the murders.

“That ultimately led him to be the prosecution’s star witness,” she said.  None of what he said matched with the physical evidence.

There was no blood found on Bob Fenenbock.  He was never in the vehicle that the tire tracks matched at the scene of the crime.

“There was nothing to implicate him whatsoever,” she said.

One of the interesting quirks in this case was that Mr. Fenenbock was tried first, where he was convicted of murder and sentenced to 26 years to life in prison.  The key evidence at trial was the testimony of Randy, who by this time, coached by his therapist, “had begun testifying to the story that was previously made up as if it were fact.”

“That information, Mr. MacCarlie’s testimony, was never heard at Bob’s trial,” Ms. Aguas-Rao said.  In addition, there was another co-defendant, who was not convicted of murder.  His case matched Mr. Fenenbock’s except that he was tried with Mr. MacCarlie and so his jury heard the confession and that defendant was acquitted on all charges.

For over 20 years, Mr. Fenenbock attempted to litigate to get that confession to get a new trial based on that new evidence.

“Mr. McCarlie are also said (at trial) that Mr. Fenenbock wasn’t there, that he acted alone,” she said.

Despite this, Mr. Fenenbock was never able to get a court to consider that later evidence.

Enter the Northern California Innocence Project.  A few years ago they helped draft and enact legislation in California that would change the standard for getting such evidence considered by a court.

As of January 1, 2017, Aaron Aguas-Rao explained, “the new standard is that new evidence should be heard if it ‘more likely than not’ would have resulted in a different outcome.  That was the petition that we ultimately went to court on.”

At that point they got Mr. MacCarlie’s testimony and evidence admitted as part of the court proceeding, ultimately persuading Judge Mattice on August 23 to reverse his conviction.

“If Bob’s initial jury had heard the testimony of Mr. MacCarlie confessing to the killing of the victim, and why, that would have made a difference at his trial,” she said.

According to the release, the state now has 60 days to determine what to do with Mr. Fenenbock who is now 67.  They can either retry him or appeal the decision.  One interesting caveat here is that Mr. Fenenbock has been found suitable for parole and eligible for elderly parole and was declared immediately eligible for release.  The expectation is that he should be released pending any such action.

“Bob is a fighter,” Ms. Aguas-Rao explained.  “He is very spirited.  He is over the moon at this result and in disbelief that this day has come after so long.”

She did say that with his family’s support he is in pretty good shape, despite this whole ordeal.

“This case shows how easily a wrongful conviction can happen, and how hard it is to fix one,” said NCIP’s lead attorney on this case, Paige Kaneb. “It took nearly three decades, a team of lawyers, an amazing investigator, a new law, and a great judge to set Bob free, even though all they had against him was a kid who had been asked to make up a story that was completely contradicted by the physical evidence.”