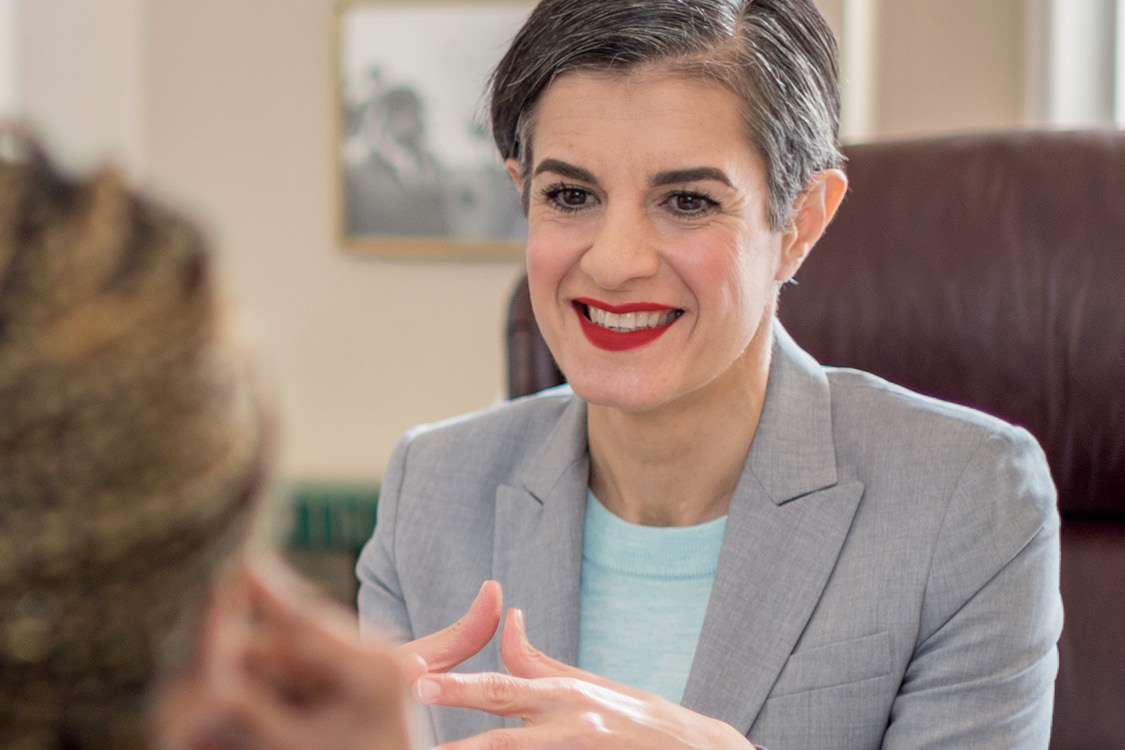 Arlington Virginia Commonwealth Attorney Parisa Dehghani-Tafti was elected as the commonwealth’s prosecutor overwhelmingly in November after stunning the incumbent prosecutor Theo Stamos by a 52-48 margin.

She ran a progressive campaign centered on criminal justice reform during a contentious and expensive primary.

Her focus on reform has turned her into a target for reactionary critics.

As the Washington Post wrote recently: “Ms. Dehghani-Tafti is part of a new generation of prosecutors who have criticized tough-on-crime policies and have advanced an agenda for a smarter, more equitable, more compassionate judicial approach. That agenda may upset the status quo…”

Recently her efforts to deliver on her promise “have run into opposition from judges who have taken highly unusual — and some say inappropriate — steps to undermine her discretion as the jurisdiction’s top elected prosecutor.”

She told Everyday Injustice that one her main principles is: “I don’t want to make people felons if we don’t have to.”