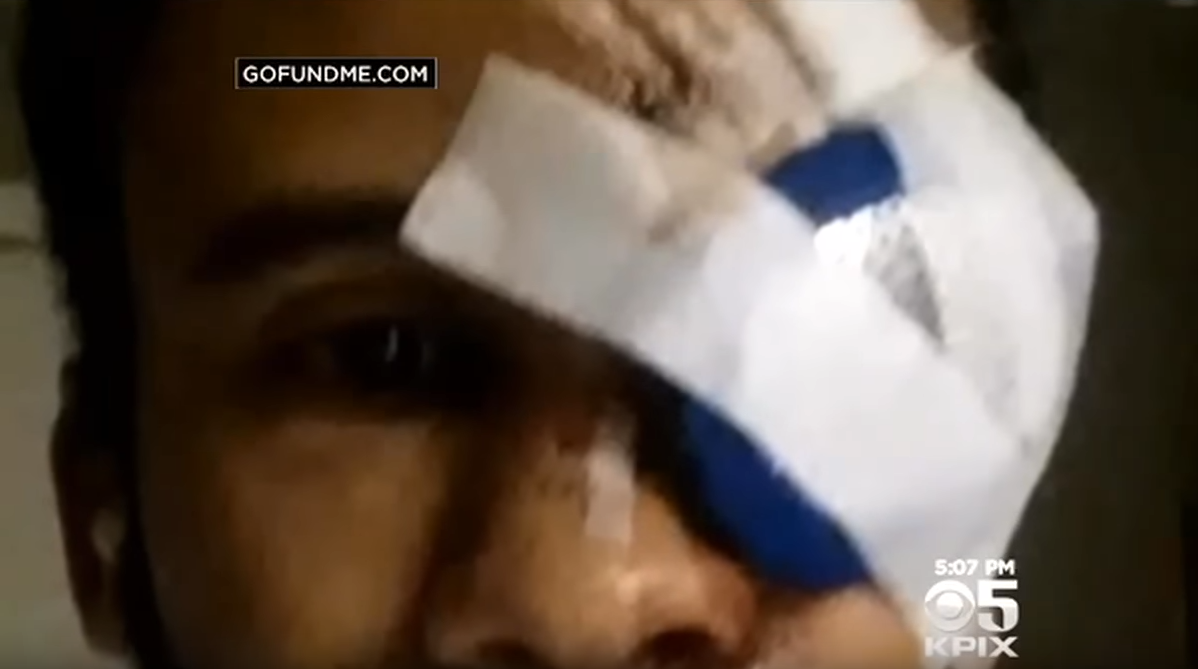 FAIRFIELD – Old videos, including one from 2018 of a Fairfield officer Tasering a paralyzed black man, are resurfacing amid the George Floyd protests.

In addition to the one from Fairfield is another from Georgia.

In Fairfield, officer body camera footage shows him grabbing the unarmed, young black man—paralyzed from the chest down—while the man sat in the passenger seat of his vehicle.

In the video, the officer opens the passenger door and asks the young man to put his hands over his head. Both the man and his girlfriend, who is seated in the driver’s seat, can be heard repeatedly telling the officers that he is paralyzed, and therefore not able to move his arms.

As the camera shifts over, a wheelchair can be seen in the backseat.

The officer proceeds to try and physically pull the man’s arms up despite the man’s repeated protestations.

Eventually, the officer hauls the man out of the car and throws him onto the ground. The man’s pants are down, as he had just finished relieving himself into a catheter, and the officer asks him to keep his hands behind his back.

The officers involved in this incident allegedly charged the man with resisting arrest in an attempt to cover up their liability. The Solano County District Attorney’s office, however, dropped the charges in the interest of justice.

The video was originally posted on YouTube on May 31, amid the George Floyd protests occurring nationwide.

Floyd was a black resident of Minneapolis, who died tragically after a white officer knelt on his neck for over eight minutes. His death has sparked outrage across the nation, resulting in multiple protests and demonstrations by the Black Lives Matter movement.

“Just like the George Floyd video, this video speaks for itself,” reads the video’s description.

The video was later posted on Twitter, receiving 2.6 million views in just two days. Many commented about other similar incidents of police brutality on the Twitter thread.

“Unfortunately, this was in 2018 and the officer received no discipline on the matter,” tweeted one user.

The city of Fairfield alone has countless videos and reports of police brutality. In one incident, a black man lost his eye after a Fairfield police officer Tased him.

The man, Jerome Hill, was sitting in a car with his brother and friend smoking marijuana in front of his apartment, when an officer approached him. A brief altercation ended with Hill on the ground with a Taser barb in his eye. Hours later, the damaged eyeball was surgically removed.

Hill filed a $25 million federal lawsuit against the Fairfield Police Department, contending that Fairfield police had a history of using and excusing excessive force and that the actions against him were “brutal, malicious and done without any just provocation.”

The lawsuit was, however, thrown out by the judge, who found the accusations to be “conclusory and formulaic.”

Another case is in McDonough, Georgia, involving then-19-year old Jaylin Hughes in 2019. It just resurfaced.

An officer had used his Taser on the teenager after suspecting him of illegally smoking marijuana. Hughes, who tried to jump over a fence to escape, fell and broke his neck.

The incident with the officer resulted in a broken neck and spinal cord injury, leaving Hughes paralyzed.

“Jaylin is afraid of police. He didn’t want to have any problems,” said Hughes’ uncle, Sidney Hughes back in 2019. “I’m having problems trying to understand how a minor incident leaves a kid paralyzed.”