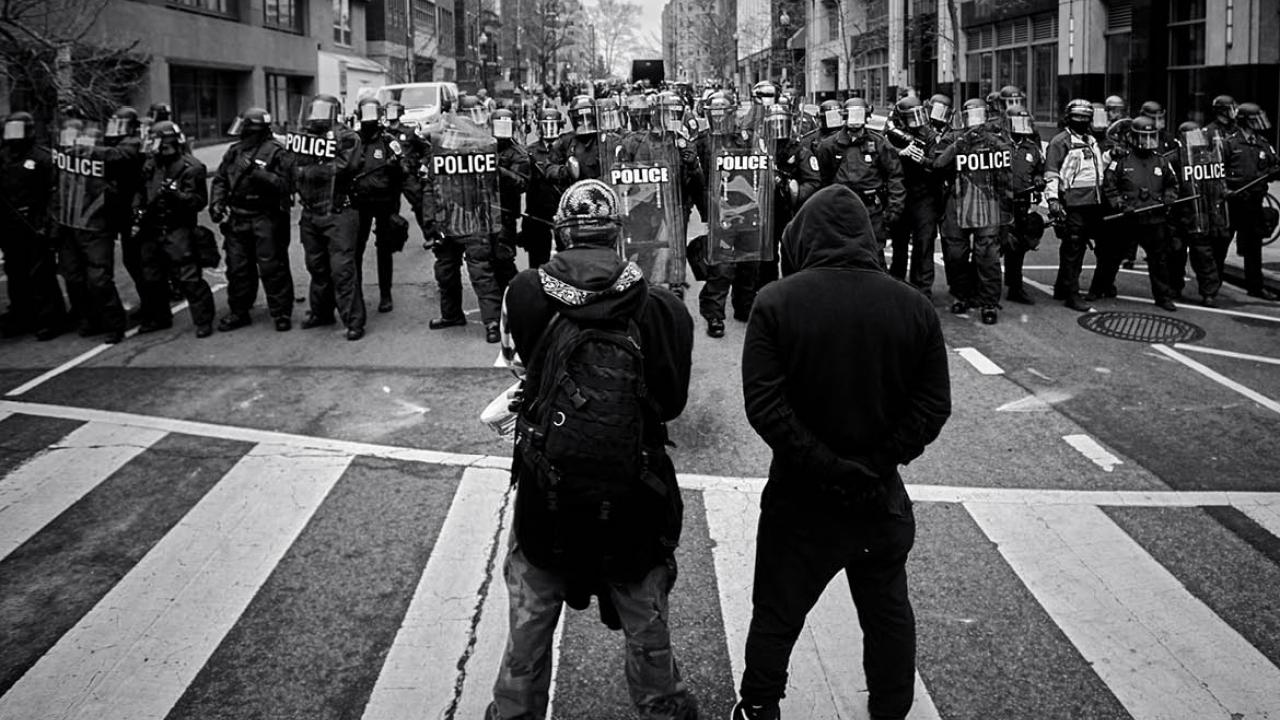 WASHINGTON D.C. – The American Medical Association urged House and Senate leaders in a letter this week to – in the interest of protecting public health, confronting system racism and police brutality – create policing reforms to address the excessive use of law enforcement violence against individuals in minoritized communities.

In their call for action, the AMA stated that violent police interactions have negative public health consequences and denounced racism as an urgent threat to public health.

While the AMA is asking political leaders to make systemic changes in the criminal justice system, the AMA said it is doing its part to confront and dismantle racist or discriminatory policies and practices across health care.

The AMA outlined a policing reform strategy to lawmakers, which includes cautioning against excessive use of tasers, supporting increased use of body-worn cameras and opposing the use of chokeholds.

The multi-fold approach to policing reform that the AMA suggested calls on action at the federal, state and local level and consists of four points.

Existing research already shows that racially marginalized communities are disproportionately subject to police force and there is a correlation between policing and adverse health outcomes, wrote the AMA, noting that elevated stress and anxiety levels, increased rates of high blood pressure, diabetes and asthma are linked to an increased prevalence of police encounters.

“The trauma of violence in a person’s life course is associated with chronic stress, higher rates of comorbidities and lower life expectancy, all of which bear extensive care and economic burden on our health care system while sapping the strength of affected families and communities,” Madara wrote.

Further research into the subject would provide more data and evidence beneficial to supporting future reforms or policies, said the AMA.

The second point the AMA addressed is the implementation of state reporting requirements for legal intervention deaths and law enforcement officer homicides to public health agencies. Appropriate stakeholders, including law enforcement and public health communities, are encouraged to define “serious injuries” in order to systematically collect data on law enforcement-related non-fatal injuries among civilians and officers.

The AMA cautions against excessive use of Tasers and recommends that law enforcement departments develop specific guidelines and training for the use of those devices. The AMA also opposes the use of choke and sleeper holds because of their potential to kill if deadly force is applied.

To improve accountability and deter excessive uses of force, the AMA mentions their support for increased use of body-worn cameras, funding for the purchase of those cameras, training for offers and technical assistance for law enforcement agencies.

The third AMA recommendation is for policing to consider school discipline policies to support juvenile justice reform. This means instead of “zero-tolerance” policies that mandate out-of-school suspension, expulsion or the referral of students to the juvenile or criminal justice system, school discipline policies should permit reasonable discretion and consideration of mitigating circumstances when determining punishments.

More research should be conducted to identify programs and policies that are effective in reducing disproportionate minority contact within the juvenile justice system, the AMA said

The AMA also supports the reauthorization of federal programs for juvenile justice and delinquency prevention. This includes community-based alternatives for youth who pose little risk to public safety, reentry and aftercare services to prevent recidivism and policies that promote fairness to reduce disparities.

The letter adds that implicit bias contributes to racism not only in the police system, but throughout society. Training law enforcement officers to unlearn these biases is a step in dismantling structural racism in the law enforcement.

“We are at a critical point in our nation’s reckoning with issues of police use of violence, racism, and discrimination,” wrote Madara. “The use of excessive police force is a communal violence that significantly drives unnecessary and costly injury, and premature morbidity and death. Police brutality and racism must not be tolerated. We urge Congress to act now on meaningful and effective policing reform legislation.”