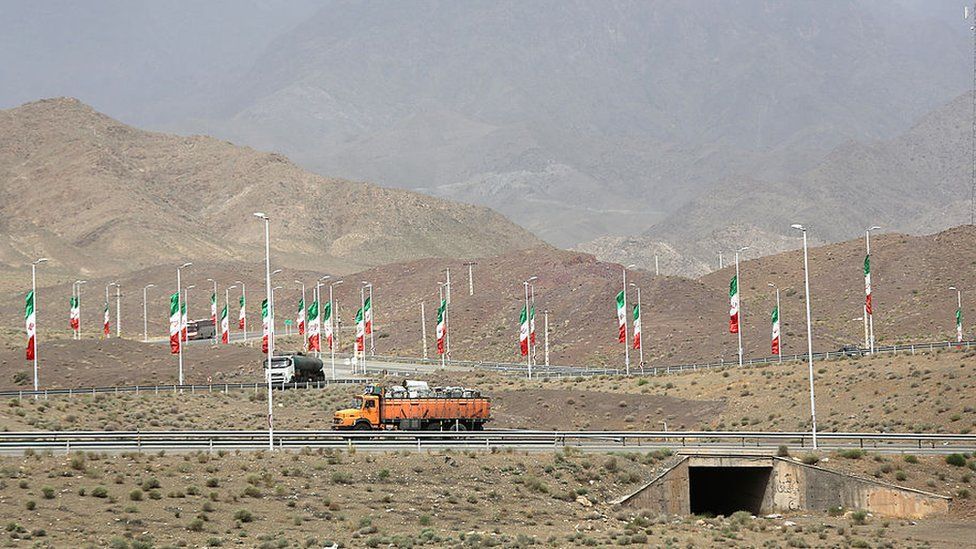 NATANZ––On Sunday, April 11, 2021, Iran’s nuclear enrichment facility was the target of a sabotage cyberattack on its newest set of advanced centrifuges. Israeli forces have been suspected as being behind the attack, though Israeli Prime Minister Benjamin Netanyahu has not mentioned the incident directly via his latest press conference.

Netanyahu noted, though, that Israel, “will never allow Iran to obtain the nuclear capability to carry out its genocidal goal of eliminating Israel… Israel will continue to defend itself against Iran’s aggression and terrorism.”

Furthermore, local Israeli news and media speculated that the cyberattack was the result of Israel’s intelligence agency, Mossad, and its direct intentions to hinder Iran’s nuclear project. On Monday Iran’s top diplomat, Foreign Minister Mohammad Javad Zarif, officially accused Israel of being behind the attack. Zarif was quoted saying that Israel is attempting, “to take revenge on the Iranian people for their success in lifting the oppressive sanctions,” and promised Iran would, “take revenge on the Zionists themselves.”

These sentiments were further echoed by Iran’s letter to the United Nations Security Council, demanding action and justice for the damages. Another letter was also sent to the International Atomic Energy Agency which urged international condemnation of the attack. Saeed Khatibzadeh, the spokesman for Iran’s Foreign Ministry, threatened that the Iranian answer would be to “take revenge against Israel,” and that “Israel will receive its answer through its own path.”

Though such tensions are nothing new to these rival states. Ultimately, if Israel carried out this sabotage, it would line up in a long series of recent attacks against Iran’s nuclear ambitions, including the assassination of Iran’s head nuclear scientist as well as multiple attacks on Iranian shipping vehicles. Nor is this the first time that the Natanz specifically has been attacked: in 2010 an American-Israeli cyberattack disrupted the facility’s progress, and last July an explosion damaged multiple other centrifuges belonging to the site.

Ali Akbar Salehi, chief of Iran’s civilian nuclear agency, has said that the attacks––not elaborating on their nature––have made no significant delays to Iran’s enrichment operations. On the other hand, US intelligence officials told the New York Times that the attack had completely destroyed the internal power system, and estimated that it would take approximately nine months to get the facility back to its enrichment process.

While the nature and effects of the attack have yet to be fully understood, what became clear to many was the influence this attack would have on the Biden administration and their attempts to re-enter into the 2015 Iran deal, after the Trump administration’s 2018 decision to withdraw.

Following the Natanz attack, Iran declared its intention to increase uranium enrichment levels to 60 percent, a daunting claim given that the former Iran deal. Which limited enrichment to a level of 3.67 percent. Comparatively, 90 percent enrichment is required for the development of an atomic bomb. Iranian diplomat Seyed Abbas Araghchi also added that Iran would be replacing thousands of its centrifuges, both attacked and currently functioning ones, with newer and more enhanced centrifuges capable of furthering enrichment levels to carry out its 60 percent figures.

Meanwhile, as these announcements are being made, Iranian officials are also in Vienna, negotiating with European powers regarding entering back into the Iran deal with the United States. Now with a negotiating advantage, Iran has come to the table maintaining their demand that the United States lift all sanctions against Iran. Shortly before resuming talks, Zarid remarked at a Tehran news conference that the Israeli attack was a “very bad gamble,” and that it had “strengthened [Iran’s] position.”

Such diplomatic troubles have not gone unnoticed by United States personnel either. Executive director of the Middle East Center, at the University of Pennsylvania, John Ghazvinian went so far as to say that, “the purpose of these latest Israel attacks on Iranian facilities…is not to ‘set back Iran’s nuclear program’ as will be widely claimed…it is to set back diplomacy.”

With the Biden administration attempting to reinstate the former Iran deal, the prospects for favorable American terms look to be diminishing in light of this week’s events. Whether the administration will be able to reach middle ground with Tehran is ultimately dependent on how talks proceed at Vienna as investigations concerning the Natanz cyberattack presses forward.

Ibrahim Dagher is a first-year Philosophy major and Political Science minor at UC Davis from the Central Valley. His interests include writing professional analytic philosophy and engaging in public speaking events.