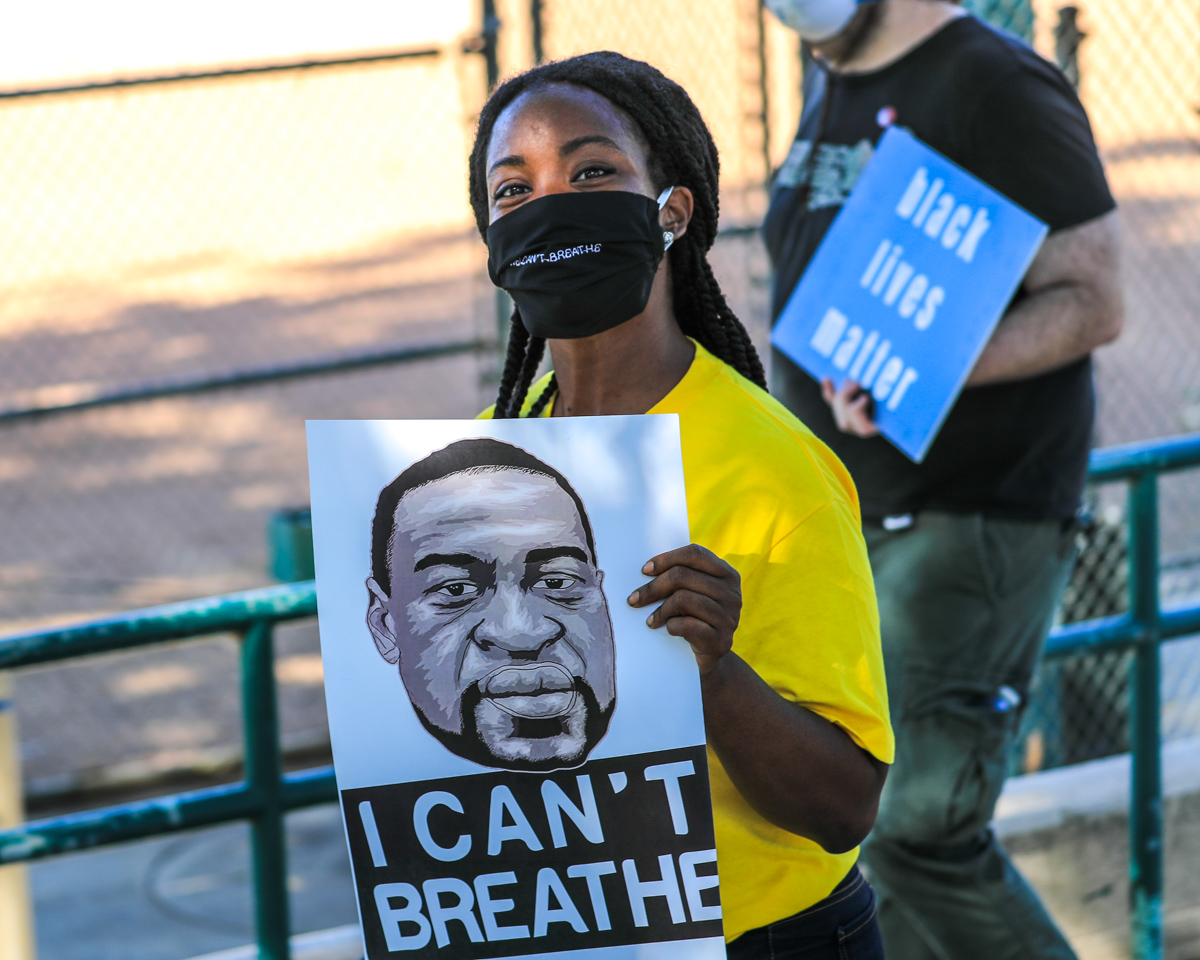 Davis, CA – It made for interesting theater on Tuesday night—a well-organized and large group of activists pushing the council harder and further on police reforms, who met resistance from a group of supportive but far more cautious city officials and councilmembers.

This was another showing of force by reform-minded community members.  They came out in huge numbers—about 150 public commenters in December, then they followed it up with over 750 signatures on a letter this spring, and now 107 of the 111 public commenters spoke in favor of police reform this week.

Naysayers can shrug off these numbers.  Some have argued that they are not representative of the community as a whole or that even with one hundred-plus comments, it’s still a small percentage of the community.

They have a point, to a certain extent, as does Mayor Gloria Partida.

Mayor Partida understood some of the frustrations of the community.

“This process has been slow,” she said, in part because they engaged the commissions and are listening to the community.

She noted, while the comments this evening were one-sided, “The people who didn’t call in this evening—there are people who are concerned about money being taken away from the police

department.  It is important that we are balanced in how we go forward here.”

While I think she has a point, how deep does that opposition go?  There have been several public meetings in the last year on this topic and there does not appear to be any strong opposition.

One thing I keep looking at is that, back in 2006, the POA, the association representing Davis Police Officers, strongly opposed reform in the form of a civilian review board.  In 2015, the POA pushed back against some policies of the body cameras.

They have been silent during this conversation.  You might be able to argue that citizens in Davis may not know the exact proposals here, but you can bet the POA is well aware of it.  Their silence suggests that they are probably not strongly opposed to what is on the table.

I would argue what is on the table is fairly modest.  I support Crisis Now.  I support moving Homeless Outreach out of the police department.  Creating a Public Safety Department is a modest step.

I would actually suggest, in fact, we are not going far enough.  I would like to see us discuss ways to reduce vehicle stops, which in my 15 years of covering this issue, seems to be the biggest

problem in terms of generating racial inequities.  I have been advocating for the Berkeley model or what is starting to coalesce out of San Francisco.

There is a long history of activists pushing the envelope and receiving strong push back, if not outright resistance from the political establishment—even those times when the establishment was in agreement on the principles involved.

We are already a year past the death of George Floyd and activists, many of whom have seen the slow pace of change over the decades, are attempting to push the establishment further and faster than the establishment would like to move.

In some ways I agree with the council—slow, deliberate, bring all of the stakeholders together and move forward with a smart and sensible plan.

Some of the urgency is perhaps a sense that the pendulum might be starting to swing back.

The NY Times in a news analysis noted, “A strong showing by Eric Adams in the New York mayoral race and President Biden’s announcement of a new crime-fighting agenda signal a shift by Democrats toward themes of public safety.”

“Facing a surge in shootings and homicides and persistent Republican attacks on liberal criminal-justice policies, Democrats from the White House to Brooklyn Borough Hall are rallying with sudden confidence around a politically potent cause: funding the police,” the Times writes.

President Biden put out a “national strategy that includes cracking down on illegal gun sales and encouraging cities to use hundreds of billions of dollars in pandemic relief money for law-enforcement purposes.”

Eric Adams, a former police officer who is also Black, “rode an anti-crime message to a commanding lead in the initial round of the Democratic mayoral primary on Tuesday.”

But overall I am not sure I buy into that.  The crime increase is somewhat limited and it has happened across jurisdictions that are blue and red.  And even in New York, while Adams was ahead, so too was reform-minded DA candidate Alvin Bragg, who was one of four progressives in the race who would outflank the establishment candidate.

Locally as is the case nationally, we have a complicated crime picture.

Chief Darren Pytel told me, “Property crime and assaults (mostly domestic violence) are up (not huge numbers) but (there are) decreases in most other violent crime.”

But the past year has been highly unusual.

“Arrests/citations were way down—officers were pretty hands off during the height of Covid,” Pytel said.  “Now that things are opening up and resuming to some sort of normalcy we will see what impact that has on crime.”

But the shifting ground seems to me all the more reason for the activists, seeing the need for change, to continue to push hard.

Delay is a tactic of the establishment to take the steam out of social movements.

“Time itself is neutral,” Martin Luther King, Jr., wrote in his seminal work, Why We Can’t Wait in 1963.  “It can be used either destructively or constructively.”

King was pushing for action in the face of massive resistance in the south and the slow play by cautious northern politicians.

“More and more I feel that the people of ill will have used time much more effectively than have the people of good will,” he said.

““The conservatives who say, ‘Let us not move so fast,’ and the extremists who say, ‘Let us go out and whip the world,’ would tell you that they are as far apart as the poles,” he warned.  “They accomplish nothing; for they do not reach the people who have a crying need to be free.”

But perhaps more presciently he would state, “Lamentably, it is a historical fact that privileged groups seldom give up their privileges voluntarily.”

The death of George Floyd represented an historical moment indeed, but true change is going to take a sense of urgency—and the council needs to be mindful that the clock is ticking and they run the risk of running out the clock for the moment of transformative change.

15 thoughts on “Commentary: In Order to Enact Change Our Leaders Must Have a Sense of Urgency”