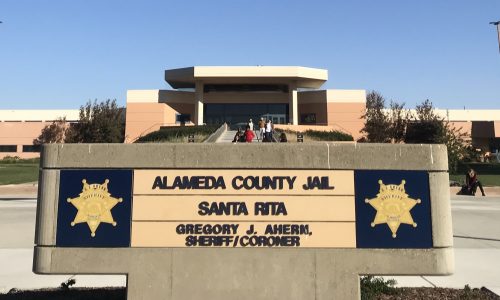 DUBLIN, CA — Since Jan. 7, 2022, incarcerated people in Santa Rita Jail have been conducting a hunger strike in protest of increases in commissary prices, which range from 21% to 68% depending on the item.

According to Jose Bernal, Organizing Director at the Ella Baker Center for Human Rights, some of the strikers may have paused their striking since the beginning of March while others may be striking on a rolling basis. As of early March, the price increases have stayed and a number of incarcerated people have reported that the portion sizes of the jail’s food have decreased.

Due to the poor quality and small portions of the food served at the jail, which sparked a separate hunger strike in 2019, many incarcerated individuals in the Santa Rita Jail rely on commissary items such as ramen and coffee for food. Since the price increases in late Dec. 2021, the price of ramen has increased from $1.13 to $1.39, despite costing just 25 cents at Walmart and 50 cents at the San Francisco Jail. Coffee, which is often traded for food, has also increased from $4 to $6.75.

Bernal comments on the different prices and policies between the two neighboring counties. He explains, “the board of supervisors in SF capped the prices and ended the profits coming out of commissary items. Here in Alameda County, what the sheriff wants the sheriff gets. The board of supervisors is reluctant to act. There’s no reason why, given that the sheriff already has an overall operating budget expected to exceed half a billion in the next two years, that the sheriff needs even more money. It comes down to greed and a reluctant board that is not necessarily inclined to oppose the sheriff’s proposal on the prices of the commissary items.”

Bernal further comments on the involvement of for-profit food services such as Trinity Services and Aramark in Santa Rita Jail. “Aramark and Trinity are in it for profit. The way they make profit with food is cutting corners and doing the bare minimum. They have a history of egregious behavior, lack of accountability, and profiteering in cahoots with the sheriff off of the suffering of individuals and their families.”

He outlines two concrete ways that the demands of the strikers can be met. He says, “either the sheriff ends the for-profit contracts or the board of supervisors, who has authority over the budget, refuses to sign off on the contracts.”

Both the sheriff’s office and the board of directors seem disinclined to make these changes. In fact, at the start of the strike, there were reports of the sheriff’s deputies using tactics such as keeping strikers in their cells during mealtimes and refusing to take the strikers’ lunches back to prevent any official records of the strikes.

Due to the sheriff’s and board’s reluctance to meet the demands of the strikers, Bernal highlights the importance of the “advocacy of those who are currently incarcerated and their supporters on the outside.” Organizations such as the Ella Baker Center, Critical Resistance, Oakland Abolition, and the National Lawyers Guild of San Francisco have been running hotlines and call-in campaigns to the board to provide supporters on the outside with ways to advocate for the strikers.

The board of directors can fulfill the demands of the strikers with a simple 3-2 majority vote. “It seems like a very basic thing,” Bernal adds, “when folks come to us and say that they’re suffering and the bare minimum we can do is ensure that they can at least eat a decent meal, most of us would say sure, no problem.”

Thus far, no vote has been scheduled with the board, but the Public Protections Committee has held a meeting in which they invited Aramark Correctional Services to give a presentation.