In a recent article in the Vanguard, Mayor Robb Davis discussed the need for extensive cost-containment efforts by the City in attempts to free up more funds for critical infrastructure upgrades in the City (e.g. see Vanguard Guest Sunday Commentary: Containing City Costs – https://www.davisvanguard.org/2017/02/guest-sunday-commentary-containing-city-costs/).

In that article, Mayor Davis stated, “What we have not yet done is critically analyze the role of cost containment in meeting our fiscal challenges. I believe that in addition to seeking revenue growth, we must engage in a more strategic and comprehensive analysis of cost containment approaches if we are to move the city towards fiscal resilience.  This analysis must include restraining employee cost growth, but must look widely for all manner of cost control measures.”

These recommendations are further discussed in the meeting packet for the upcoming February 13, 2017 FBC meeting packet online at http://documents.cityofdavis.org/Media/Default/Documents/PDF/CityCouncil/Finance-And-Budget-Commission/Agendas/20170213/Item-6B-2017-02-13-Updated-Council-Goals-Fiscal-Resilience.pdf.

All of these recommendations have to do with analyzing the enormous and growing employee payroll costs the City is incurring. According to the website TransparentCalifornia.com (http://transparentcalifornia.com/salaries/2015/davis/), in 2015 the City ‘s total payroll costs (including salary and all benefits) were $41,734,548 for 827 employees. Of these employees only 306 were full-time employees receiving benefits whose total compensation (including salary and all benefits) of $36,583,017. Note that 2016 salaries have not yet been posted on the website so 2015 data is the recent information available.

As shown in the following table, the median pay for full-time, year-round city employees in 2015 was $114,848 and the median compensation for payroll only was $83,821. This is in stark contrast to the substantially lower median earnings for full-time private workers in the 5 mile radius around the City estimated at $54,000 in 2015. The estimate is based on the reported median earnings for full-time private workers in 2014 of $53,922 as reported by the US Census Bureau. 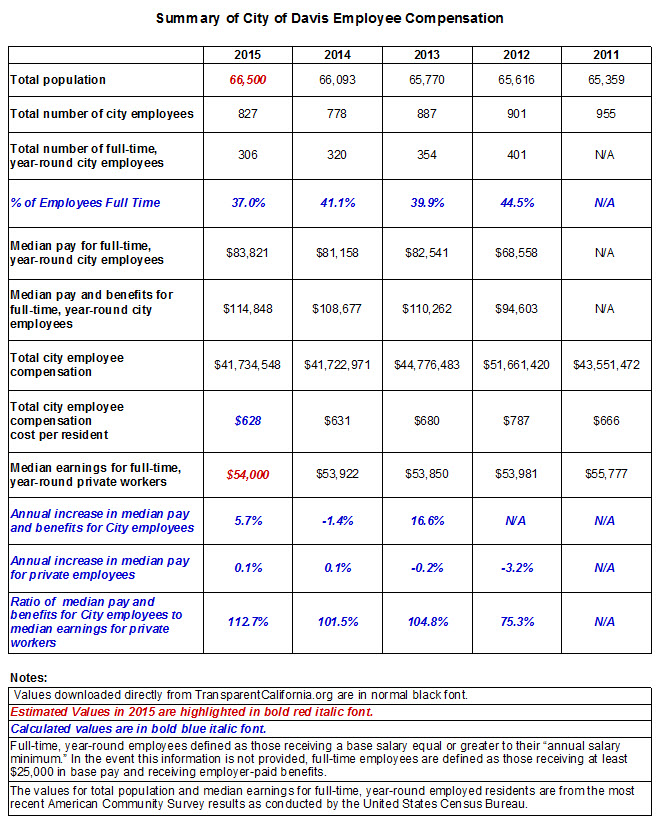 When this huge disparity between private sector payroll and municipal civil servant payroll in Davis was presented to a number of Davis residents for their reactions, uniform disbelief was followed by shock.

This is understandable. Civil servants used to (as late as the early 2000s) be paid somewhat less, on average, than private sector workers performing similar work with similar backgrounds. The almost universal unwritten compact in the boom years of the US economy (from the 1960s though the 1990s) was that civil servants, on average, earned less annually than their private sector counterparts. But this lower pay scale was offset with much larger health care benefits provided to government workers and substantially greater defined benefit retirement program contributions by the government than what is typically available to private sector workers.

Based on current pay scales, however, civil servants have obviously gained an upper hand in comparable compensation as evidenced by the fact that their current salary earnings (not even including substantially higher medical and retirement benefits) now dwarf those of private sector workers. Not only are Davis City workers paid salaries that are demonstrably far greater than private sector workers in Davis, they also receive total benefit packages providing medical and retirement benefits that private sector workers can only dream about. Together, total compensation for municipal workers is far in excess of their peers in private industry with commensurate education or specialized training skills. 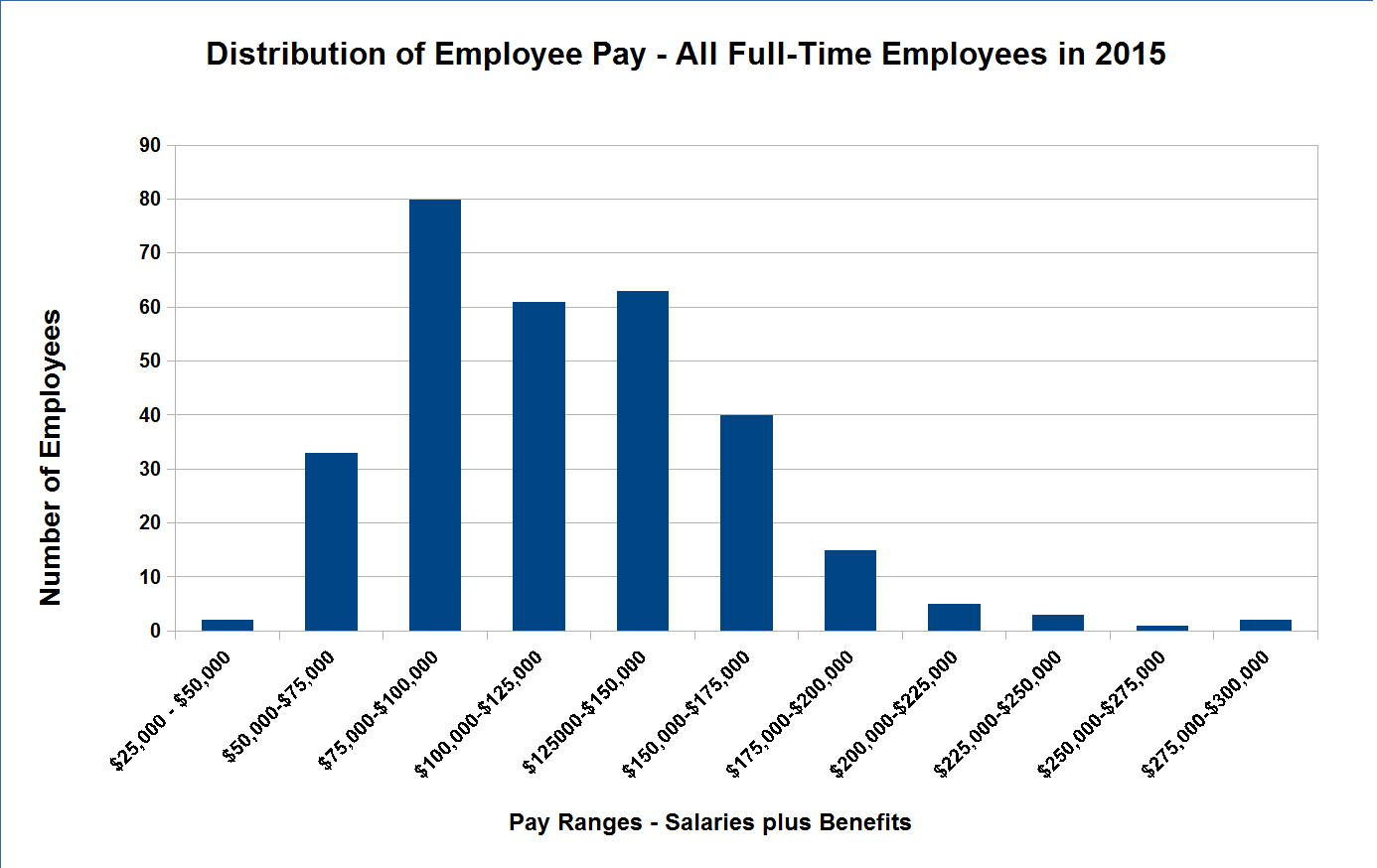 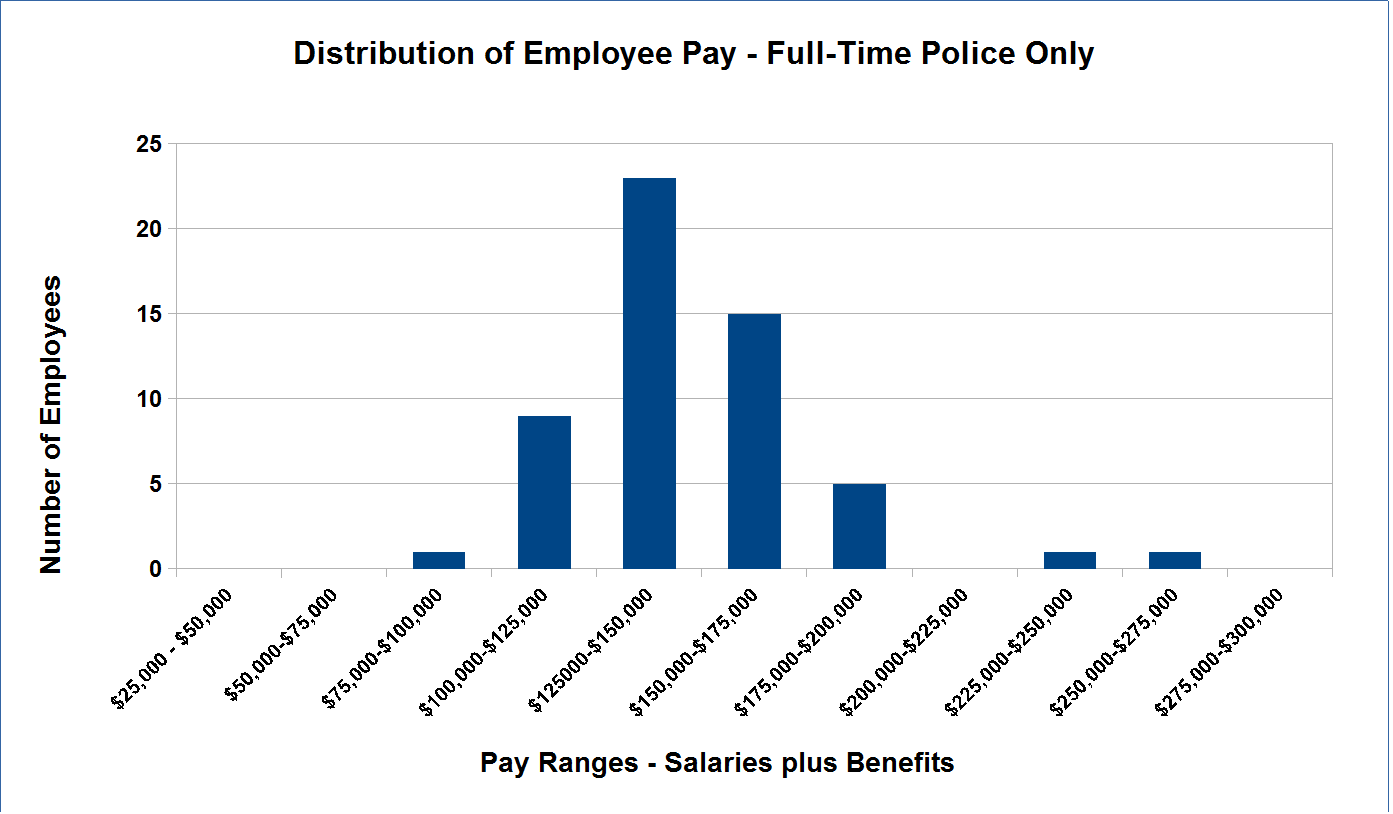 A Rational Proposed First Step toward Fixing to the Problem

If the City of Davis is ever to become sufficiently solvent to begin to substantially repair our buildings and keep our streets paved, it is imperative that our elected City officials immediately begin work to bring these spiraling employee compensation costs under control. So what are our leaders doing about this problem? While Mayor Davis has pledged to implement serious cost containment strategies and has been sounding the alarms for over a year, it remains to be seen whether any of the other four elected leaders have the backbone to address the root case of our City’s economic problems.

To be fair, this problem of excessive civil servant compensation and exorbitant, unsustainable retirement and medical benefits also plagues every other California city (except the City of Fresno as documented at http://www.fresnobee.com/news/local/article65349437.html) and were the root cause of the widely publicized bankruptcies of Stockton and San Bernadino in the depths of the last recession.

As far back as February of 2016, the Finance and Budget Commission (FBC) recommended the following steps to begin address this looming problem:

“Work to accelerate the completion of a full staffing analysis to determine match between service delivery needs and staffing, which will build on John Meyer’s April 2015 study completed last year, but largely unimplemented.  This should save $1 million per year in employee costs

Accelerate the completion of a thorough Business Process Re-engineering engagement to address poorly designed, inefficient, ineffective service delivery processes. At its second April meeting, the Finance and Budget Commission recommended immediate funding of $575,000 in the current fiscal year for this effort.  That funding will come from the current year Budget surplus, and will be an investment in the community… a gift that keeps on giving budget savings year after year after year.”

Thus far, however, these FBC recommendations to address the problem have gathered dust even though Mayor Davis has publicly recognized the importance of cost containment on numerous other occasions. For instance, over 1 year ago on February 2, 2016 during a City Council discussion of putting a parcel tax measure of a 2016 ballot, Mayor Davis argued clearly and strongly that (1) the infrastructure taxes being considered should be postponed until they contained the FBC-recommended accountability recommendations for monitoring expenditures of the tax proceeds, and (2) that containing costs will have just as much impact in improving the City’s bottom-line as increased tax revenues would.

For those who want to view Mayor Davis’ remarks that evening, they beginning at the 4:35 mark of the Council meeting video at http://davis.granicus.com/MediaPlayer.php?view_id=2&clip_id=428

Mayor Davis has also presented an 8-point plan for Achieving Fiscal Resilience through Cost Containment. This plan, developed with the help of FBC Chair Jeff Miller, is as follows:

Unfortunately, this plan has been completely languishing since. However, in all fairness to Mayor Davis, given our weak-mayor form of government in Davis, there is not a lot that he can do on this front without the express and vocal support by other members of Council. Unfortunately, this support has been functionally lacking to date other than rote lip service. Nor has our upper city management shown any desire to embrace this call for a rational, business -like approach to evaluating the cost-containment issue and options. Instead, City Manager Dirk Brazil and Assistant City Managers Mike Webb and Kelly Stachowicz have all since announced in public forums that the City of Davis is in good financial condition with a healthy reserve. Apparently they are walking around with their eyes skyward and not bothering to look at our deplorable road conditions and crumbling infrastructure when making such rosy prognostications.

All of our Councilmembers have weighed in on the urgent need for additional revenues to finance these infrastructure improvements. But none have had the backbone (except Mayor Davis albeit only in very couched terms of “cost containment”) to acknowledge that the root cause of the City’s dire financial condition and infrastructure blight is soaring and out of control employee costs and forcefully advocate for a top to bottom analysis of these escalating costs.

The citizens of Davis (including myself) are very progressive and have always stood up to approve taxing themselves to meet City needs. However, I would suggest that a tipping point has been reached. Unless this City Council unites and demands that upper City management (under whose authority such cost containment review work must be done) immediately tackle this problem head-on and with vigor, I believe that the citizens of Davis will soundly reject any new revenue measures especially as the scope of the City’s excessive employee compensation practices become more well known.

And if the City Council does finally issue a firm directive to upper management to address this problem and management fails to rapidly complete these studies and begin implementation of effective cost cutting strategies, then it is time for our Council to find new upper management that can get the job done. Anything less is a dereliction of our Councilmembers’ fiduciary responsibilities and akin to fiddling why Rome burns.

76 thoughts on “City of Davis Employee Compensation – The 800 lb. Gorilla in the Budget Room”