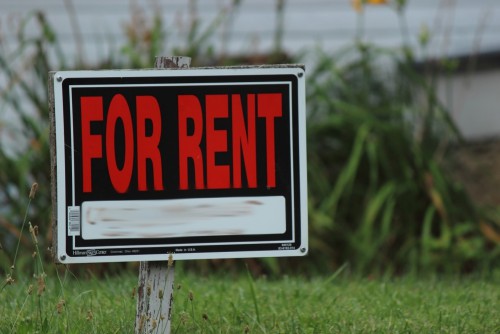 When students came before the council last month to support Sterling Apartments, chief among their concerns was the lack of housing vacancy embodied by the 0.2 percent vacancy rate.  However, As Don Gibson, representing the Graduate Student Association, noted, the “next number” – 13 percent – was also a concern.

“Thirteen percent was the approximate increase in rent from this time last year because landlords have all of the power in the city of Davis,” he said.

For Sara Williams, a fourth-year student at UC Davis and Chair of the ASUCD External Affairs commission, she said she works four jobs in order to pay her rent.

Emily Goo points out, “I’m part of a very vulnerable demographic in the city of Davis, it is easy for people to exploit students as we come into this housing climate, as there is not enough housing and many students of my age do not know how to deal with housing.”

Daniel Nagey, an ASUCD Senator, said, “Renters (landlords he meant) can capitalize on the fact that there aren’t a lot of housing spaces – so they can charge double or triple the amount that they should be charging.”  He argued this would reduce that “tension” and work toward “affordable housing in Davis which is a really big need.”

So far the discussion has focused on a debate over whether the university or city needs to provide the housing.  Obviously a key component to de facto rent control would be to increase the available rental units and beds.

Right now a 0.2 percent vacancy effectively means that landlords can charge a lot more than many students can afford.   This leads to many students doubling and tripling up in rooms to reduce costs, a number of students working multiple jobs, and the other accompanying problems.

Council has passed a rental ordinance with a mind toward an inspection program.  As city staff reported in January, Davis was lacking a rental ordinance.  As a result, as staff notes, “some residential rental units in Davis are substandard, overcrowded, and/or non-compliant with State and local laws. These substandard conditions can render the rental housing unit unfit or unsafe for human occupancy.”

While that is a start, it does not get to the issue of cost of rent or rent control.

There are currently some limits on rent control – though that may change.

In the midst of their own skyrocketing rental crisis, San Francisco Assemblymember David Chiu is proposing AB 1506 that would repeal the Costa-Hawkins rental Housing Act, enacted in 1995 which exempts a California rental property from rent control if “it has a certificate of occupancy issued after February 1, 1995.”

Proponents of AB 1506 believe it would go far in strengthening rent control and limiting rental increases by allowing the cities to once again regulate rental rates on new houses.

Assembly Member Rob Bonta of Oakland also supports the new law.  He wrote, “Our office is working to gather support for this bill and naturally we wanted to reach out to see if this is an issue your organization can consider supporting.

“The bill is pretty straightforward as it repeals the Costa-Hawkins law. A strategic communications and advocacy plan is in the works. However, we are asking all of our local advocates and their partners to help by sending in letters of support, making phone calls, writing op-eds, setting up meetings with key Assemblymembers and mobilize constituents in support of AB 1506. This will be a heavy lift and we need all hands on deck!

“Currently the bill has gone through its first reading (introduced 2/17/17) and we expect it to be assigned to the Housing and Community Development Committee within the next couple of weeks. We will keep you informed of when it reaches the committee. There are seven members, and we need a majority to pass. I have highlighted in bold the members whose votes are critical in order to get the bill passed out of committee. If you have allies in these districts please communicate with them and ask them to support AB 1506.”

Those are the legal hurdles that rent control would face.

A key question is what is the best approach here.  For a long time, the discussion has focused on pressing the university to build more housing.  That is clearly needed.

However, right now the university has dug in its heels on building for 90 percent of new students.  That leaves about a 4000 bed gap between the campus supplying 40 percent of the overall housing and the 50 percent that the city supports.

Greg Rowe in a comment yesterday argued that “housing 100% of new enrollees and 50% of total enrollment in 2027 should be a minimum goal.  Given the tremendous growth projected by UCD, going far beyond 50% would be preferable.  And, UCD administrators have publicly hinted at the November Board of Regents meeting that 39,000 could in fact be exceeded, when it was said that 2027 enrollment will be something ‘just under 40,000.’”

Clearly, reducing the 0.2 percent vacancy rate would reduce the pressures to increase rent, but student groups are starting to look at the secondary need for rent control itself.

What that would look like and whether AB 1506 will pass remains to be seen.