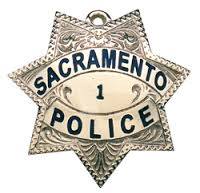 SPD Underground has been called “racist and hateful,” targeting community and media critical of SPD,  including leaders of BLM. (Click here for page).

Tanya Faison, Black Lives Matter Sacramento organizer, said that while she still believes a “blue lives matter” person runs the page, recent information suggests others in city government – in addition to SPD officers – are involved after information she shared only with Asst City Manager Arturo Sanchez and OPSA’s Francine Tournour was made public on the SPD Underground page.

BLM has encouraged the City of Sacramento take action, but it has not, refusing to discipline the officers  and other city workers responsible for its content. BLM members have said the page is unprofessional, a clear violation of confidentiality, and creates an unsafe community by the very people who swear under oath to “protect and serve.”

BLM said that “If the city turns its head to this, (it) is once again giving permission to police officers to degrade and abuse our community.”

It’s probably difficult for people that follow BLM to spot actual racism when they throw the term around so freely to anyone who has a different opinion.

Take this site for example. You know how much hate mail we get from trolls who think we are racist because we stated the fact that we interact (they call us) with people of color at a higher rate than their exact percentage of the population?

Tanya Faison post that she supports keeping Oak Park black…..can’t get much more racist than that. So besides being a proven liar (refer to previous posts) she is also a racist. Pretty funny to watch the white liberals still grovel for her affection even after she posts something as blatantly racist as that.

She is also one of the people who the Sacramento City Council had review our use of force policy and the local media still actually interviews her for stories…..sad.