After a morning of deliberations, the jury came to a verdict for Liliana Uribe. She was charged with two counts of elder abuse after filming two Snapchat videos.

The first count is related to the first video showing her poking an elderly victim and the victim looking “annoyed.” The second count is a second video, which shows her asking the victim questions about what the victim does with boys.

In order to be charged with elder abuse, the jury must have enough evidence to undeniably prove that the actions caused “unjustifiable physical pain or mental suffering.”

On the first count, the jury could not come to a unanimous decision so the judge declared a mistrial. The vote was 8-4 (not specified which number was the vote for guilty, and which was not guilty.)

On the second count, the defendant was found not guilty.

The prosecutors are looking at a trial setting conference to retry the first count. The conference is scheduled for early August.

The trial resumed for Liliana Uribe, a former nursing assistant at the University Retirement Community in Davis. She is charged with elder abuse after sending two Snapchat videos to a fellow nursing assistant who felt obliged to report the incident.

The first video is 10 seconds (all that Snapchat allows for) and shows Uribe and a co-worker friend poking a 91-year-old woman. The two are laughing but the elderly woman is not and says, “Stop it you idiots.”

Snapchat videos delete themselves after the receiver views them. The videos were not obtained as evidence and therefore not shown in court. However, Uribe admitted filming the videos to the California Department of Justice. In the audio clip shared with the court, she is in tears, admitting it was a stupid and immature mistake.

Uribe is charged with elder abuse, and the prosecutor, Mr. McKenzie, stressed that the treatment the older woman suffered constituted “unjustifiable physical pain” and/or “mental suffering.”

The first witness called on this day was the co-worker (and former friend) that reported Uribe to their boss. She described the elderly lady as someone who was completely dependent on retirement care. She could not walk, feed herself, change herself, and suffered from dementia. She did not remember any of the staffers, would say nonsensical things, and would often react violently when staffers

tried to help her.

The witness waited a week after seeing the Snapchat videos before reporting, claiming she was unsure what to do. After reporting it, the police asked her the nature of the video. On that day she described the poking as “very soft,” however, today on the stand she said it was hard pokes.

She described the victim as looking annoyed during the videos. The defense attorney, Keith Staten, stressed how annoyance does not equal physical pain or mental suffering.

California Department of Justice Special Agent Katarina Le spoke with Uribe in an interview at her house. Uribe acknowledged that the victim would not remember her or recall ever being cared for by her, due to the victim’s dementia.

At first Uribe told Special Agent Le that the witness who reported her made it all up because they weren’t friends anymore, however, after further pressing she broke down and admitted that there were videos.

The final witness of the day was Officer David Martin, a police officer in the city of Davis.  He confirmed the original statement of the witness who reported the incident – that the pokes were indeed “very soft.”

Yesterday, a female head of the nursing staff at the retirement home, a key witness, reported no changes in the victim’s physical or mental well being after the incident.

Mr. McKenzie, in closing, stressed how the victim was taken advantage of, a “perfect victim” who cannot talk back or report anything. He claimed the actions by this caretaker were completely unjustifiable.

Mr. Staten, in his turn, stressed the act was childish, immature, and his deepest sympathies are with the victim. However, no crime was committed because the law requires there to be “physical pain or mental suffering” to convict someone. He felt there was not enough proof to convict the defendant. 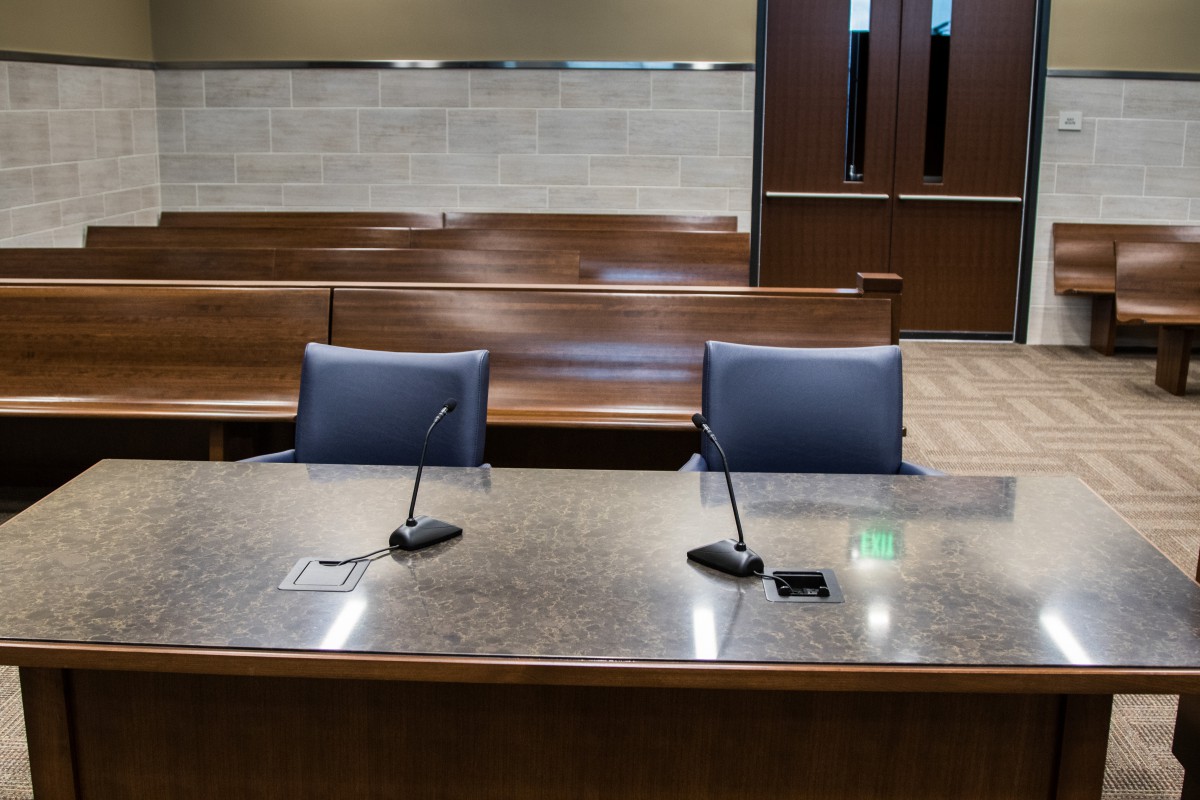