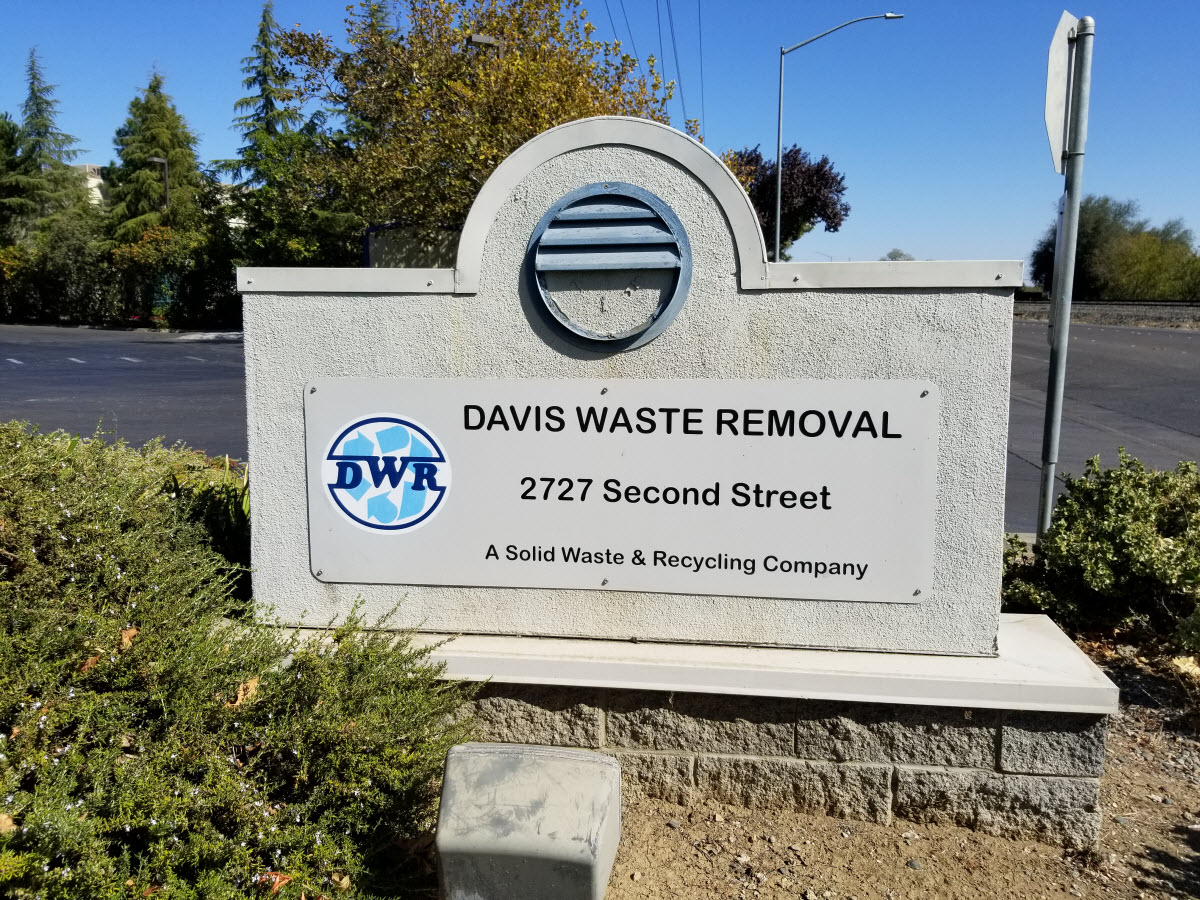 By Richard McCann and Jacques Franco

Davis Waste Removal’s owners would like to sell their business and retire, and have interest from Recology, a company with which City staff have had positive interactions. Recology serves many communities across Northern California, including San Francisco. DWR has had a long standing contract with the City and in 2015 the City wrote into its contract the ability to exercise the Right of First Refusal (ROFR) upon DWR’s notification of sale. Our City Council is weighing the opportunities here, which could include many options including: 1) owning the land only, 2) owning the facility, and facility machinery and equipment, 3) owning the collection trucks, carts and containers, or 4) taking on the full operation. At the City Council meeting October 3, the Council appeared to be interested in only a combination of the first two options. On October 12, the Utility Rates Advisory Commission (URAC) voted unanimously to recommend that the City exercise the ROFR and begin negotiations for the first two options.

We put together a list of benefits and potential concerns for the City Council to consider and to aid in the public understanding their unanimous recommendation to exercise the ROFR by the current October 17 deadline. An earlier version was presented to the URAC as part of its record for considering its recommendation. This would open a 90-day period similar to escrow on the purchase of a house with inspections of the 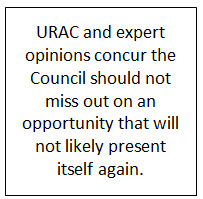 facility and negotiating on price.

Exercising the Right of First Refusal (ROFR) provides significant option value to the City of Davis, both the short term in potential negotiations with the candidate future provider, Recology, and in the long term in exploring waste management policies and alternative uses of the Second Street property. Owning the property will open up more choices for repurposing the property to other types of development and/or relocating the transfer station without having to engage in further negotiations.

The City can gain access to a revenue stream that that can enhance the return on City investments while gaining control of a significant seven-acre parcel. The City of Davis’ ratepayers have

already paid for DWR’s property and facilities at least once through their historical rates, and will have to pay for it again. The only question is whether they will own the property and facility this time or again pay for a facility that they will not own. Further, the City may be able to use unencumbered reserves that are currently earning very low returns to finance the purchase of the property, which will deliver effectively higher returns.

As result of owning the property and facilities, the City will be able to directly determine the return on investment to be incorporated in customers’ rates. Typical cost of capital for an investor-owned regulated utility such at PG&E is currently 7% to 10%, while municipal cost of capital is 1% to 5%. In addition, the City can extend the term of financing to lower apparent costs. For example, comparing an investor-owned facility with an 8% return and 30-year term to a municipally-owned one with a 4% interest rate over a 50-year term, the annual cost falls 48%. That is a saving that can be used to manage future solid waste rates.

Owning the property and facilities at 2727 Second Street is the single most significant action the City can take to control its solid waste management future. Owning that facility:

If the City does not take ownership of the property and facility just the opposite is true.

We investigated and interviewed local agency managers for their opinions.

Doug Kobold, Waste Management Program Manager for Sacramento County Department of Waste Management & Recycling wrote to the City Council: “…This public ownership, contract operated, model exists in many communities around the Sacramento Region. The Counties of Yolo (Yolo County Central Landfill), San Joaquin (Foothill Landfill and the Lovelace Transfer Station), and Placer (Western Placer Waste Management Authority facilities), to name a few have this type of relationship in place and have been very happy with the results. Owning the land and structures on 2nd Street in Davis ensures that the City of Davis can control how the facility is operated and by whom.” He added, “I believe the Council should not miss out on an opportunity that will not likely present itself again… “ Kobold is a resident of Davis.

Hilary Gans, Sr. Operations & Contracts Manager spoke out in support of public ownership of solid waste management facilities.  “As I look at the decisions that our Agency has made over past 10+ years to improve service and manage costs, the purchase of this waste handling infrastructure has been the single most important event.”

In Napa, the City of Napa along with the County of Napa and the Cities of Vallejo and American Canyon manage a joint power authority called the Napa-Vallejo Waste Management Authority (NVWMA).  The NVWMA owns both the Devlin Road Transfer Station (used by all the member jurisdictions) as well as the old American Canyon Landfill.  Both the City and the NVWMA have a model of public ownership of the property with private contractors running the facilities day-to-day. 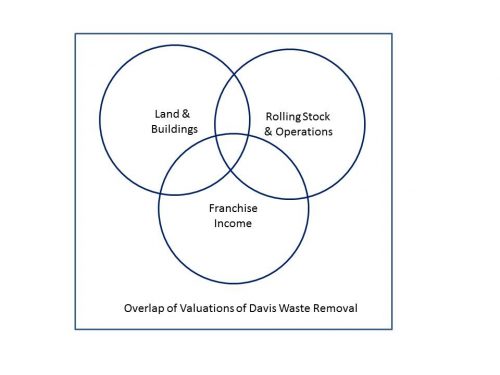 This cannot occur. Section 16.b. of the Agreement (Assignment and Transferability; Subcontracting) states that City shall be operated in good faith to evaluate the proposed Assignee and/or Transferee to determine if the Assignee and/or Transferee has prior experience in cities of similar complexity and size and has similar services and demonstrated the financial capability and capacity to perform, the reputation, responsibility, reliability, and integrity equal to or better than the current Franchisee.

The City could engage a qualified solid waste facility engineer to help it and staff:

Owning the facility will improve City staff’s ability to manage the collection franchise, as the City will be in a position of strength with respect to all future negotiations with Recology or any other future service provider, and will have more transparency in understanding the underlying costs of operation.

There are any number of qualified solid waste facility engineers who could assist the City and URAC members have offered specific suggestions and contact information for staff to investigate.

The City Council will address this issue in the October 17 Council meeting.

Richard McCann and Jacques Franco are members of the City’s Utility Rates Advisory Commission, but this article reflects only their individual opinions and are not endorsed by the URAC.