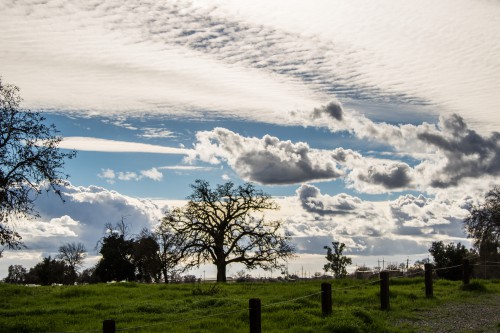 I must admit I have always found this question to be irksome because the reality is that, while Measure J was first enacted in 2000, there were votes on projects like Wildhorse well before that.  The vote in 1995, held during a special municipal election in May – ironically enough, Measure R was put on by petition from the opposition to the project – ended up with the voters ratifying Wildhorse after a hotly contested election.

It was a decade later, five years after the passage of Measure J, that voters turned down Covell Village.  But the next year, voters narrowly supported Target in November 2006.

So, while it is true that the voters have not approved a Measure J/Measure R project, they have approved development projects in the not-so-distant past.

Bob Dunning’s commentary on the subject was interesting but somewhat incomplete.  He writes, tongue clearly planted firmly in cheek, “With property values soaring in town due to a chronic shortage of housing at the high end, the low end and everything in between, why would any homeowners vote to increase housing availability just because it might be the right thing to do?”

Has the worm turned?  It seems that the recognition of a housing shortage has fairly deeply sunk in.  The question of course is whether that will be enough for those, who already own their homes and want to keep Davis about as it stands today, to vote to allow a project to go forward that would add 2600 beds for UC Davis students who currently face a 0.2 percent vacancy rate.

One question that Bob Dunning raises is the fact that student voting will be fairly low during that election.

He writes, “That ballot also will include two open seats on the Davis City Council, but comes at a time when most UC Davis students will be preoccupied with final exams and other activities and

presumably less likely to vote than they would be in November of 2018.”

Rich Rifkin, for one, believes that will doom the project’s chances.

Mr. Rifkin writes, “In a June primary, when students don’t vote, no housing measure in Davis will pass.”

Bob Dunning is a bit more circumspect on that, as he writes, “Truth be known, many UC Davis students don’t vote in local elections no matter when they’re held. Some remain registered to vote in their home counties and many others have never registered in the first place.

“A housing project in Davis and a handful of boring City Council candidates might not be enough to get your average student to vote in June or November,” he adds.

Mr. Rifkin adds, “The haves will swamp the have-nots. In November, students will vote and new housing stands a chance.”

Without discounting Mr. Rifkin’s point, I think he misses several critical factors.  Two years ago, in our early analysis of the Nishi proposal, we thought that there could be an interesting wild card.  The Bernie Sanders primary election, we felt, would bring a large number of students out to vote who otherwise might not.  And while they were there, the reasoning went, they would also vote for Nishi.

We were partly right there, as it turned out.  The students did come out and vote in that election, but a miscalculation by the Nishi developers meant that a lot of Bernie voters ended up opposing the project because it lacked affordable housing.

And that, I think, is where the analysis by Mr. Rifkin and by extension Mr. Dunning falls short.  This isn’t a whole new project, we have a history.  There were two critical factors that drove it to a narrow defeat.

I think point one is that the defeat was narrow to begin with.  Only 693 votes separated No from Yes.  Which means if around 350 people switched from No to Yes, the project would have passed.  This wasn’t a Covell Village or Wildhorse Ranch landslide – this was a very close race that could have gone either way, and in fact only squeaked out defeat for the project late in the evening after the project was initially passing.

The other thing that probably was an even bigger factor was concerns over traffic on Richards Boulevard.

The second bite of the apple here allows the developer to view the demise of the project with 20/20 hindsight.  Already they have attempted to address those two major shortcomings.  First they have proposed a full land-dedication site on the property for affordable housing.  That is similar to what happened with Sterling and was fairly successful in getting students to come to the council meeting last spring to support the project.

Second, they have proposed having only a campus main entrance and closing Olive Drive to private vehicular traffic.  That will largely eliminate the traffic concerns.

In addition to addressing those concerns, I think in a way the world has changed a lot in just 15 months since Nishi was defeated.  The housing crisis has actually gotten worse for students.  Students have become more vocal and visible on housing projects – even projects like Trackside, where there is not a clear nexus to student housing, have drawn interest.

The community as a whole is more engaged on the housing issue.

It is not a slam-dunk by any means, but I’m at the point of believing if this Nishi project cannot pass, given the addressing of the two crucial issues from last June and the desperate need for student housing, then no project is likely to pass.

My tentative analysis would be that Nishi should actually pass quite easily.  But this is Davis, and I know enough not to take such things for granted.  Nevertheless, I strongly disagree with Mr. Rifkin here that “no housing measure in Davis will pass,” because Nishi came darn close – with a lot working against it – last time and now they have addressed the two biggest reasons for its defeat.

11 thoughts on “Commentary: Can Davis Pass a Measure R Vote?”