More than 50 people came to a rally and protest on Saturday in support of the family of Michael Barrera who died after being Tasered this past February in Woodland.  In addition the family was joined by others in the community with a range of complaints, from police misconduct to prosecutorial overreach and wrongful convictions.

“On February 8, my family was killed by the Woodland Police Department officers,” Marissa Barrera, sister of Michael Barrera told the crowd.  Ms. Barrera was the organizer for this event and

explained, ‘We are focusing on Yolo County as a whole.  We have people here speaking on matters from over 15 years ago.”

There were family members of the three defendants in the Halloween Homicide case, a double shooting from 15 years ago in which the Vanguard believes several of the co-defendants were wrongly convicted.

Nina, the wife of James Olague, read from a letter from James.  She read, “I am James Olague, almost 41 years old, and I have been in prison for 15 years for a crime that I did not commit.”  He acknowledged, “I was not a saint, I have done a lot of bad things.  I’m not proud of any of it.  I make no excuses for them.  What I do know is that I was young and immature.”

He said, “Now I can say there is an estimated 10,000 wrongful convictions in the US each.  I can also say most are due to eye witness misidentification, improper forensic science, false confessions, admissions, misconduct, scare tactics, informants and snitches that do not say the right things.”

He also noted that he has missed 15 birthdays and holidays to share with his mother.  He said that he became an uncle several times and missed all three births.  “I also missed out on a family of my own,” he said.  He said he dreamed of the day he would be free and be able to hold his mother in his arms, but “it pains me to say that moment will never happen, my mother passed away a year ago.”

Blanca Cervantes, the sister of Oscar Cervantes, and Ernie Arellano, son of Ernesto Arellano, were also on hand to speak.

Ms. Cervantes said that her brother was sent to prison because a young woman was trying to impress people “and just because she named some people on the list, they got sent to prison.”  She added, “This lie that she got herself involved in, got herself locked up for her lies.”  She has tried to recant, but “nobody has ever listened.

“There are so many things that got hidden from this trial, that unfortunately has gotten three innocent people locked up from the last 15 years,” she said.

She said that her nephew hasn’t seen his dad since he was a few weeks old.  “Just because Mr. Reisig wanted to rise to the top, during that year and wanted to make a statement and wanted to make sure to let everybody know that he was going to get things done.”

(For Vanguard coverage of the Halloween Homicide case).

Marissa Barrera described February 8 as “literally the most horrible day of my life.”  She said, “We don’t really have all the details of what happened with my brother.  What I came to find (out) is after the police kill, they don’t tell the complete truth about it.”

She said that they immediately went into investigation mode.  “If we hadn’t done that, there’s so much that they would have just gotten away with,” she said.  “We went door-to-door talking to witnesses and we pulled up our own surveillance cameras… that caught him on video.”

She said, “There’s no pretty way to say it, they killed my brother when he was unarmed and he was handcuffed.  That’s in the report.”

Ms. Barrera said, “The officers never went back to talk (to some of the witnesses).  There are people out there that have seen the truth that have relayed that to us.”

Christine Amaro, the mother of Michael Barrera, said, “That was the worst day of my life.”  She said she got the call, raced to the hospital, she tried to race into the room to see her son, but “I was stopped.”  She said, “They told me that they had to clean him up, that he died, they didn’t tell me much more.”  As a mom, I wanted to hold my baby and just tell him that I loved him.  That was taken away from me.  I was not allowed.”

Some of the activists – Stephanie Perraira, Will Kelly, and Carole Standingelk – from the Picnic Day incident spoke.  “There were five people (in Davis) hanging out on a street corner and they were attacked by plainclothed police officers in our town.  They were not wearing police uniforms and they were not even driving a marked police van.”

“They fought back thinking they were being attacked by some random people… and they tried to defend themselves,” one of the acitivists said.  “They got arrested and they got charged with felony assault on a police officer, without the police officers ever identifying themselves as officer.

“We have been fighting this for several months,” she said.  “It is still being investigated and we have yet to see the results of the investigation.”

He said people were protesting, “And they dropped the charges because they knew it was bullshit.  What we’re doing now is continuing to fight for those young people and for justice, and also for civilian oversight.

“We want in Davis to have real civilian oversight where we can see what the police are doing,” he added.

Cindy Fuentes came to speak about her son Juan Carlos Fuentes, who received 18 years after being convicted of a robbery that occurred in Woodland.  (This was a case heavily covered by the Vanguard that went to trial three times, and was marred by a tremendous amount of problems – see Gang Case Represents One of Worst Miscarriages of Justice We Have Seen in Yolo).

Woodland police received a call of a fight at the 7-Eleven on Cottonwood St.  The caller explained that it involved eight to ten young Mexicans, wearing red shirts.  The girlfriend claimed that Cheetos, a Pepsi and a bike were stolen.  “My son and initially  four other defendants were arrested…  Video surveillance shows my son and the other defendants watching the fight along with the clerk.  Then (they) walked out, got a closer look and walked back in.”

The only one of them wearing a red shirt remained inside during the fight and his charges were dismissed prior to trial.

However. Ms. Fuentes’ son was convicted of the robbery, with a gang enhancement, of a bike and received 18 years in prison.

Matthew Gonzalez died in March of 2017 after a vehicle pursuit in Woodland (see Vanguard article).  His mother on Sunday described how she knew about the felony warrant for his arrest.  Her son’s friend, Trevor Wright, came to visit the house.

“They waited for my son and his friend to get in the car to drive away,” she said.  “They got in a high speed chase, down my street… at speeds over 70 mph.  They crashed and my son died.”

Trevor Wright would be charged with murder.  The judge held up the second degree murder charge and Wright currently awaits trial.

In April of 2015, a Yolo County jury convicted Armando Gonzalez of second degree murder for a car cash that resulted from an epileptic seizure (see Vanguard article).

The jury agreed that Mr. Gonzales, who suffered from seizures including one prior to the crash, should have known the risk he posed but ignored that risk and drove regardless.

His brother Adrian Gonzalez spoke on Sunday, “My brother was sentenced to 18 years to life for having a seizure while driving and killing another person.”

Armando contracted meningitis and as a result he suffered from seizures in which the sufferer is no longer conscious.  Adrian said that Armando’s son was born the week after the accident.  “His only mistake was driving to work that day because his wife was nine months pregnant and indisposed.”

He said, “He chose to refrain from driving whenever possible because of his condition.”

The day that the accident occurred, he left work early because he wasn’t feeling well, suffered a seizure while driving, rear-ended the woman’s vehicle causing her to hit a tree and then continued another quarter mile before hitting another vehicle causing no further injuries.

No witnesses to either accident existed.  The woman wasn’t wearing a seat belt.  “My brother doesn’t remember (what happens),” he said.  This was his brother’s first encounter with law enforcement, as he had no criminal record.

His brother explained that both Armando’s doctor and the DMV cleared him to drive, but the DA claims he hid his illness and falsified his records in order to get that clearance.  His brother claims otherwise.  He said they hired Marcia Clark for an appeal but it was unsuccessful and they don’t know that they’ll have money for another. 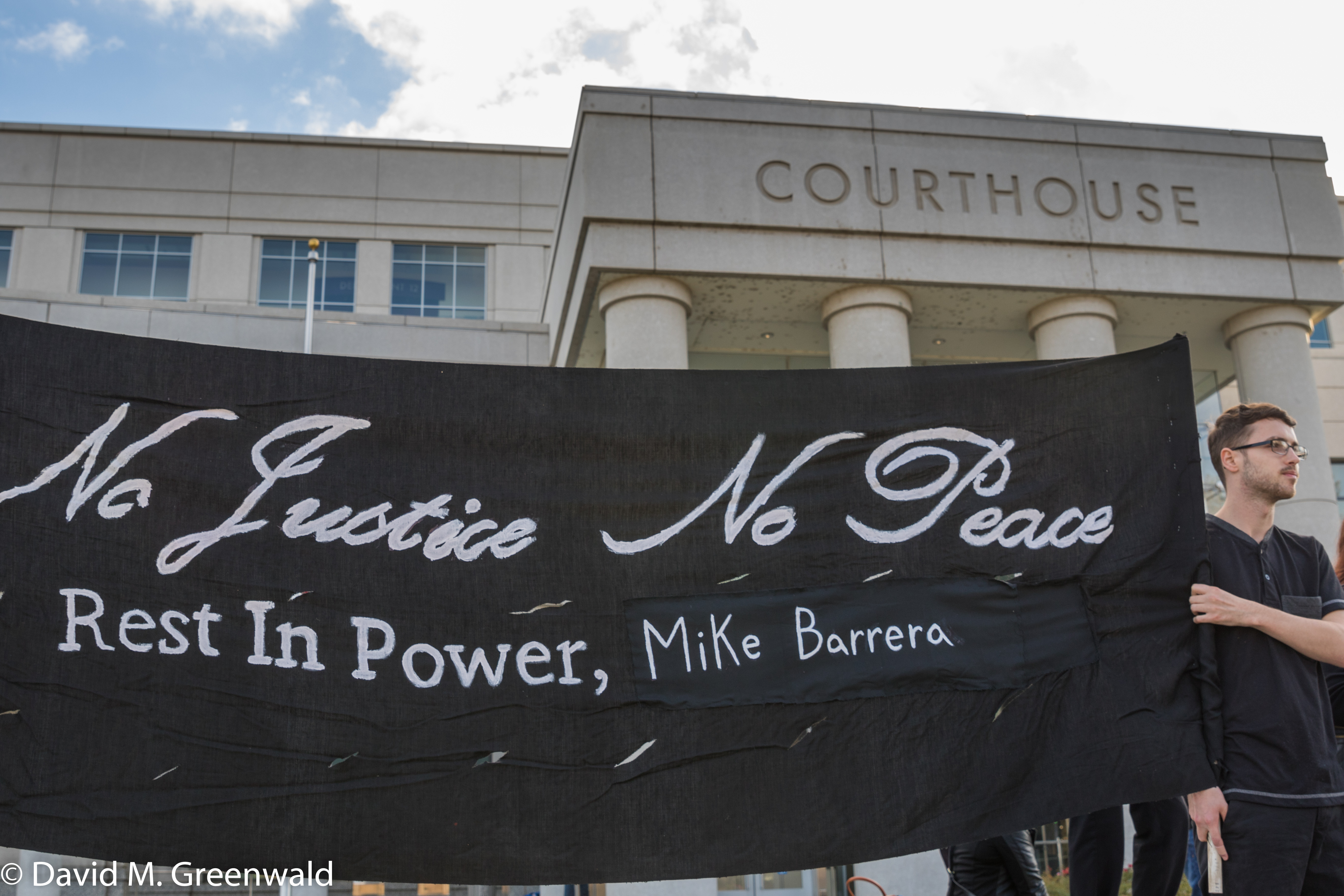 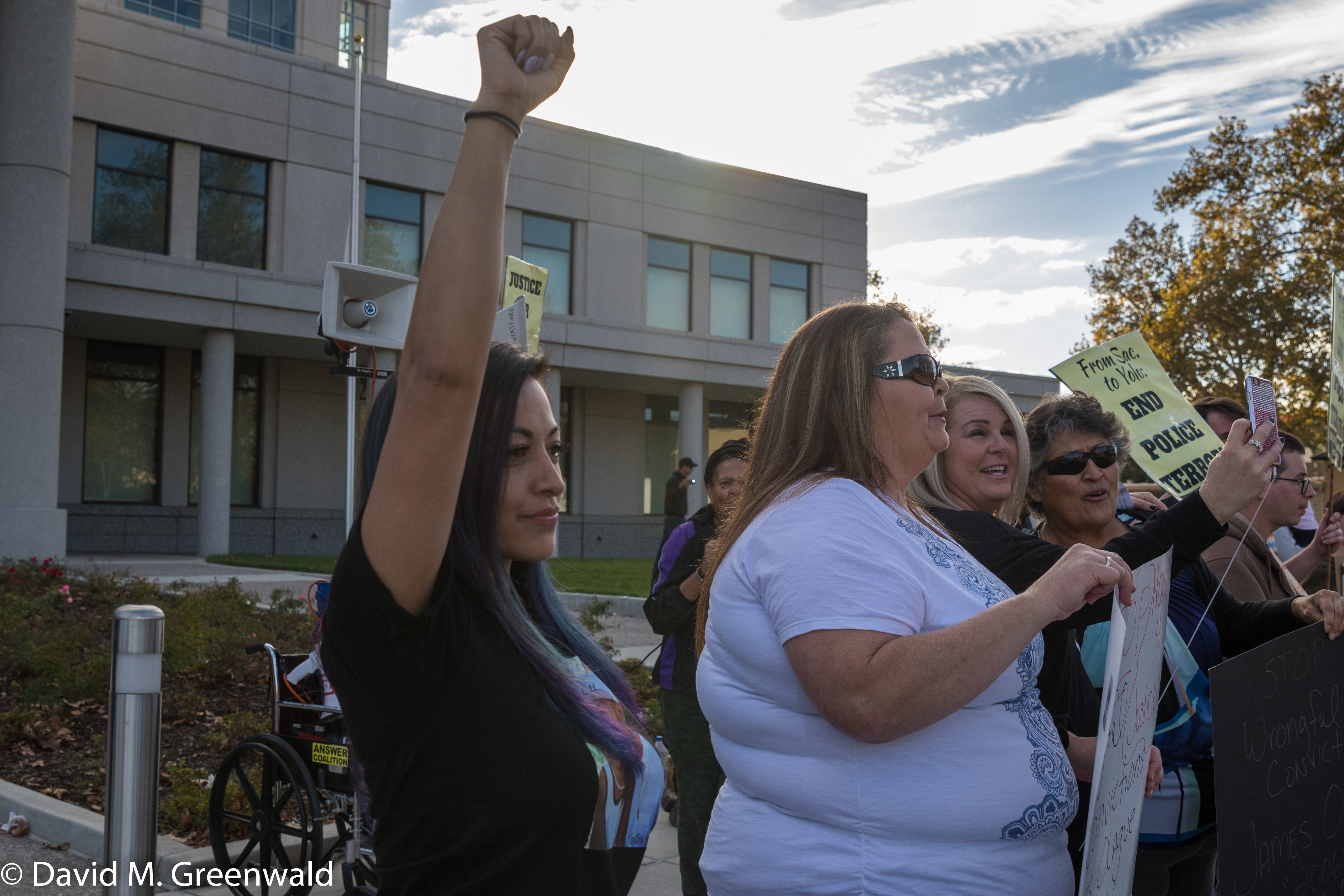 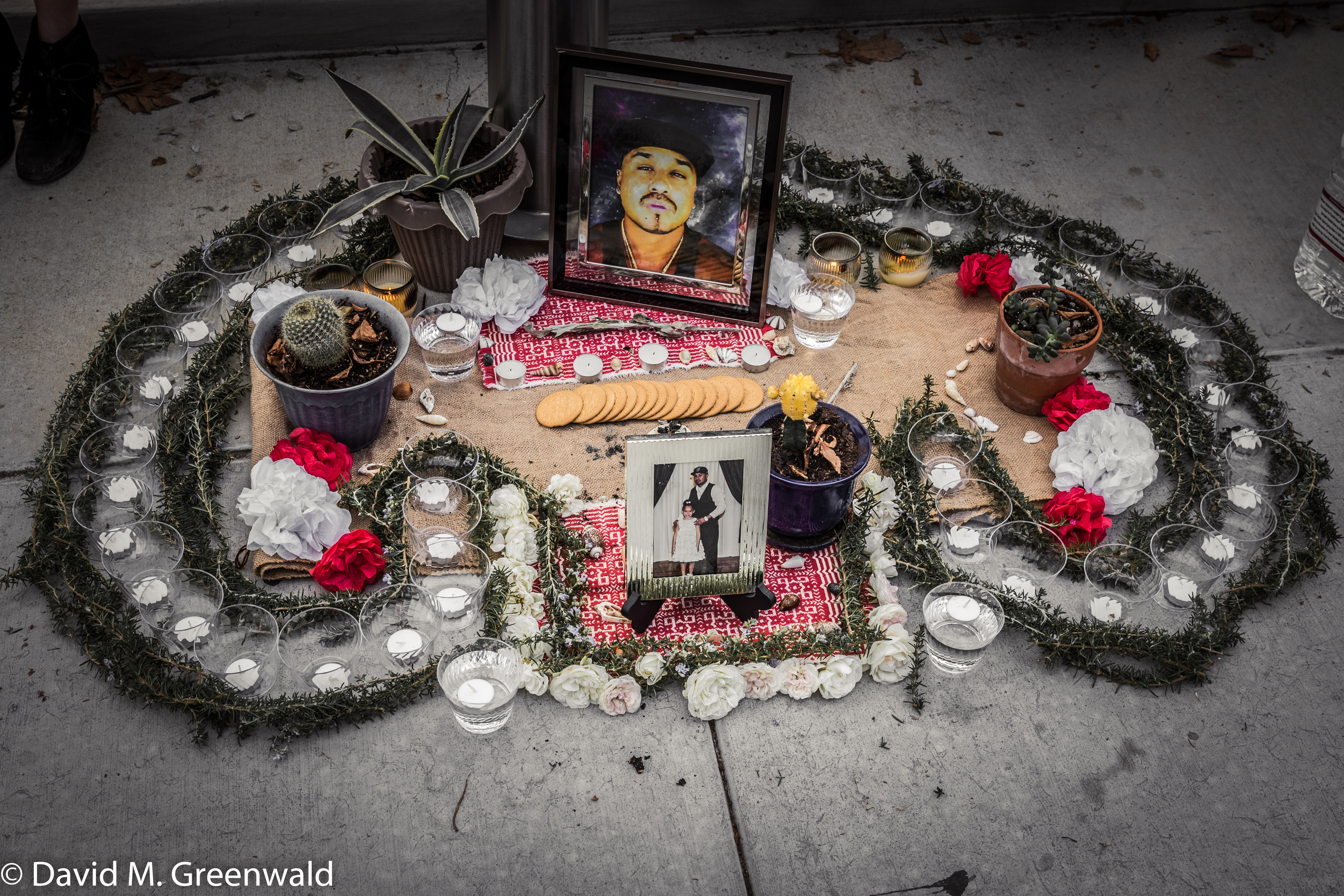 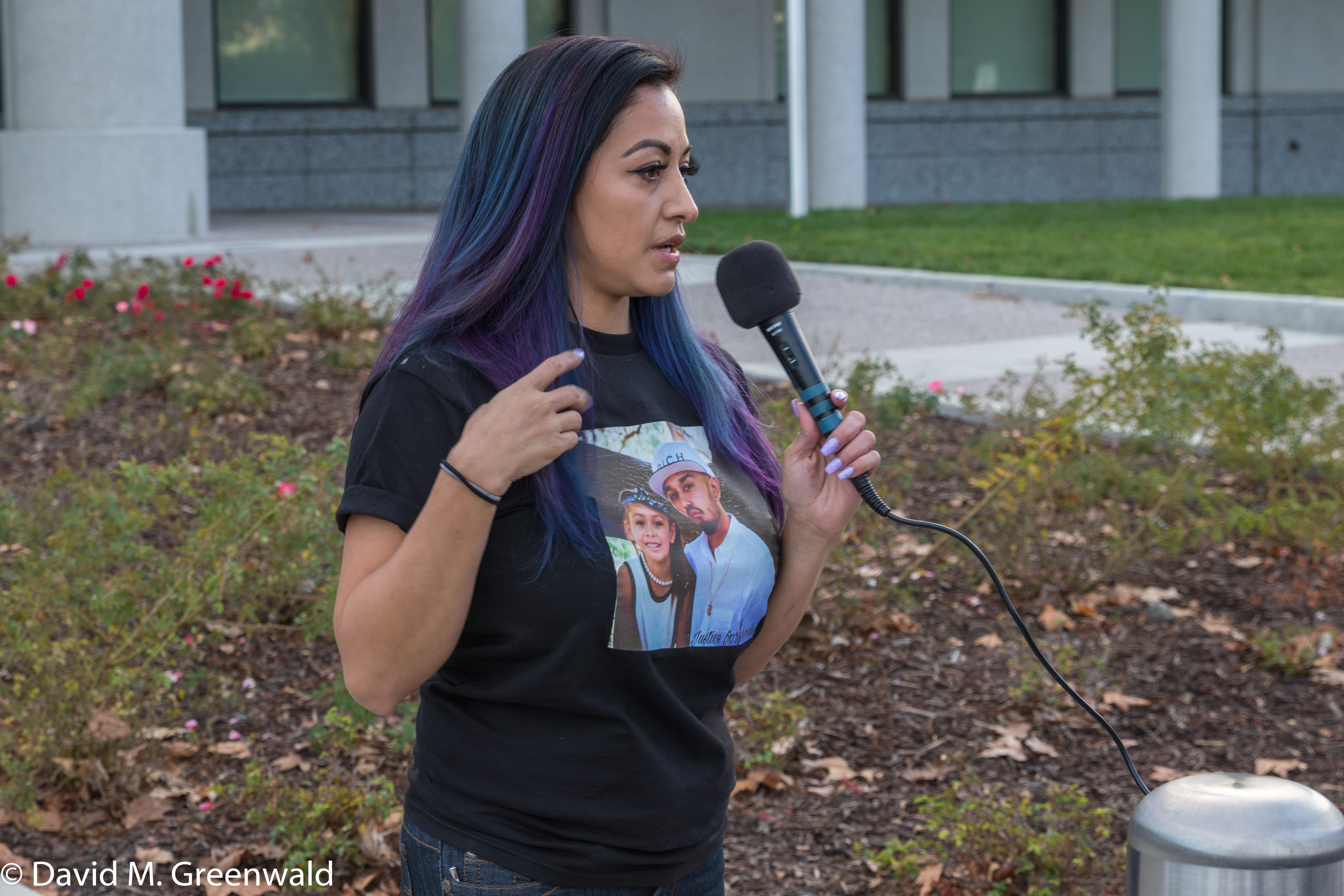 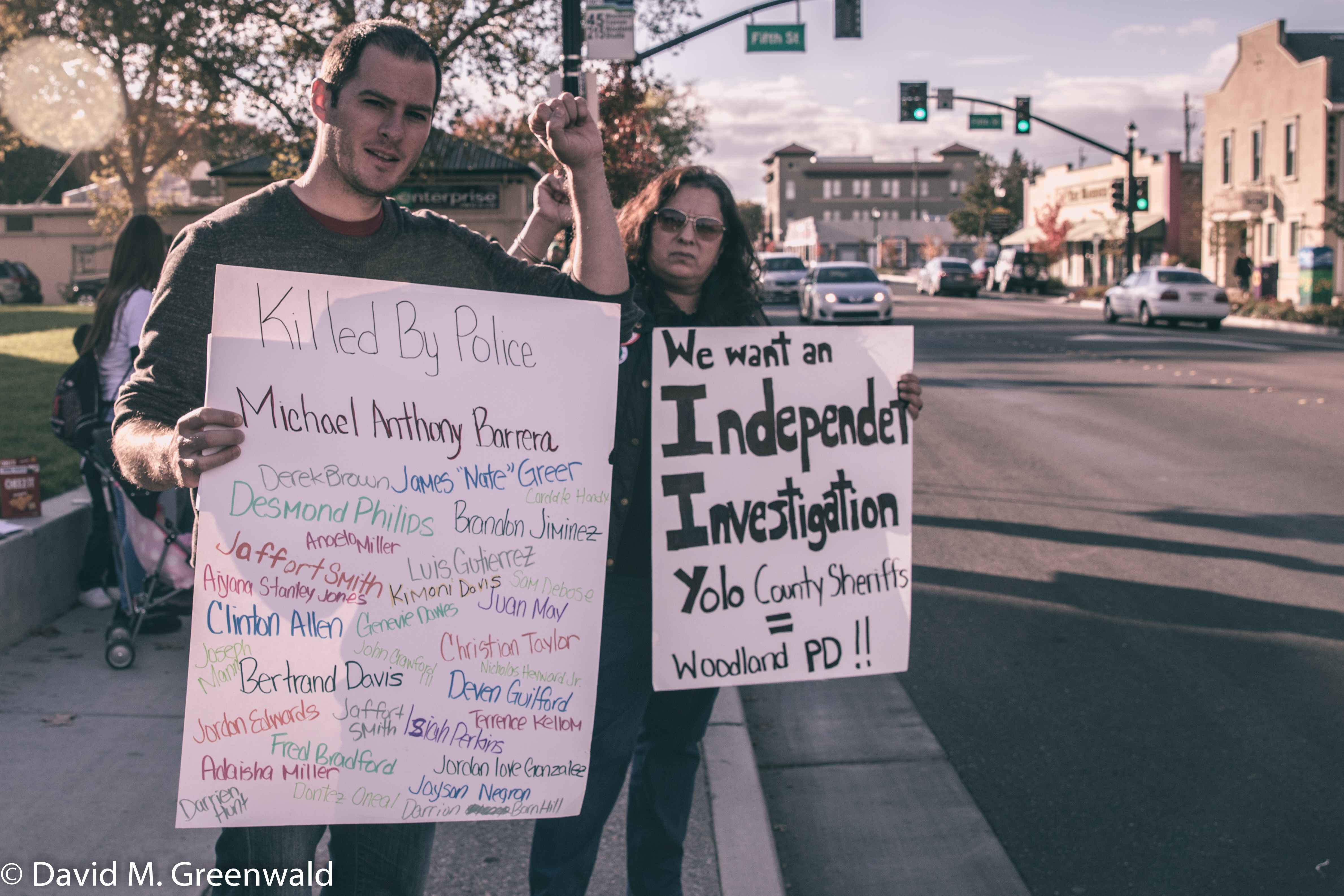 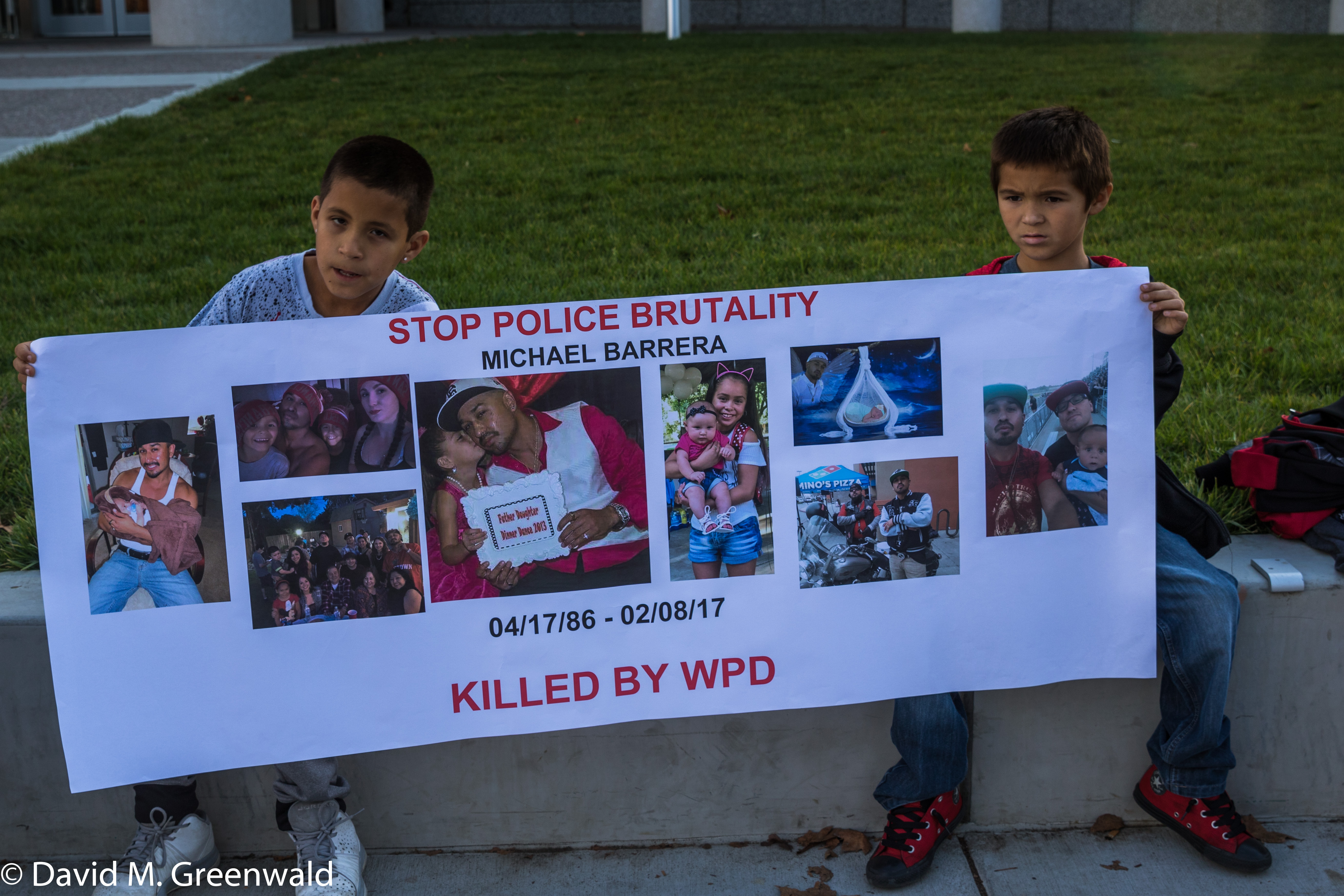