A few weeks ago, the Vanguard went to a meeting in San Francisco, where the ACLU unveiled their latest campaign to educate Californians on the role of district attorneys.

“District attorneys are among the most powerful elected officials in local government,” said Ana Zamora, criminal justice policy director with the ACLU of Northern California. “The decisions they make impact the lives of millions of people, including families and entire communities. Many Californians may not know who their DA is or the role they play in the complicated ecosystem of the criminal justice system. We want to change this dynamic and it starts with introducing them to their locally elected DA.”

“District attorneys are important players in our fight to end mass incarceration and put a stop to the racial bias that keeps disproportionate numbers of people of color in the criminal justice system,” said Grammy award-winning artist John Legend, who has been a vocal critic of racial disparities in the system and is joining local non-profits in partnering with the ACLU. “When we aren’t paying attention, their power goes unchecked. So it’s up to us to hold them accountable, which starts with getting to know them.”

However, while DAs are the most powerful figure in the criminal justice system, voters rarely get much of a choice – where most DAs run unopposed for reelection, as Yolo DA Jeff Reisig did in 2010 and 2014.  And even when they are challenged, the incumbents win at least two-thirds of the time.

We didn’t know at the time, but Jeff Reisig’s world was about to change – recently, Deputy DA Larry Eichele, who has been in the DA’s office since 2002, has emerged to challenge his boss.

He recently told the local paper that “he wants to increase the efficiency of the office, citing a pattern of “overzealous” charging in criminal cases and unreasonable plea offers that send an inordinate number of cases to trial.”

He said, “Jeff is not in tune with the citizens of Yolo County.”

Indeed, the ACLU has been tracking DA support for criminal justice reform measures and Mr. Reisig is not in line with the voters.  In 2012, voters supported three strikes reform, Proposition 36, by a 74-26 margin, DA Reisig remained neutral.

In 2014, 61 percent of Yolo County voters supported Prop. 47 to reduce drug possession and other offenses to misdemeanors, but DA Reisig opposed the measure, continues to oppose the measure and often his

charging policies attempt to get around the measure.

In 2016, 68 percent of voters in Yolo County supported Prop. 57 for early release and changes in direct filing, but DA Reisig opposed the measure.

In 2016, 60 percent of the voters in Yolo County supported Prop. 64 to legalize adult use of marijuana for recreational purposes – DA Reisig opposed the measure.

And for good measure in 2012 and 2016, Yolo County voted to end the death penalty, while DA Reisig has not only opposed those efforts, but he has charged defendants with the death penalty and had at least one under his watch sentenced to death.

Larry Eichele told me that he was in favor of the ACLU reforms with the exception of Prop. 57 – which he was concerned would create a government bureaucracy for parole hearings.

But criminal justice reform does not start and end with these reforms.  The biggest criticism that critics have of the current DA is overcharging, as exemplified with the high incarceration rate and highest trial rate in the state.

As Mr. Eichele put it, “a pattern of ‘overzealous’ charging in criminal cases and unreasonable plea offers (sends) an inordinate number of cases to trial.”

This week, many were stunned to see progressive reform-minded defense attorney Larry Krasner win in Philadelphia.

As the Fair Punishment Project writes: “The people of Philadelphia have spoken: they want criminal justice reform, and they want it now. Long-time civil rights attorney Larry Krasner trounced former prosecutor Beth Grossman, in a race that pit the prosecutor-as-change-agent against the prosecutor-as-status-quo. Seeing that Philadelphia is the most incarcerated of America’s 10 largest cities, with the country’s highest concentration of people serving juvenile life without parole sentences, the city’s old normal is hard to be proud of. Throughout his campaign, Krasner promised to use the office’s discretion to no longer seek the death penalty, eliminate cash bail, curb the use of civil asset forfeiture, support safe injection sites, and refuse to take cases that result from illegal stop-and-frisk searches.”

They add: “Krasner is now the gold standard for elected local prosecutors committed to justice reform—so long as he keeps his promises when he officially takes office early next year.”

The most remarkable thing, however, is that while Philly may be the most incarcerated of America’s 10 largest cities, Yolo County is not that far off. 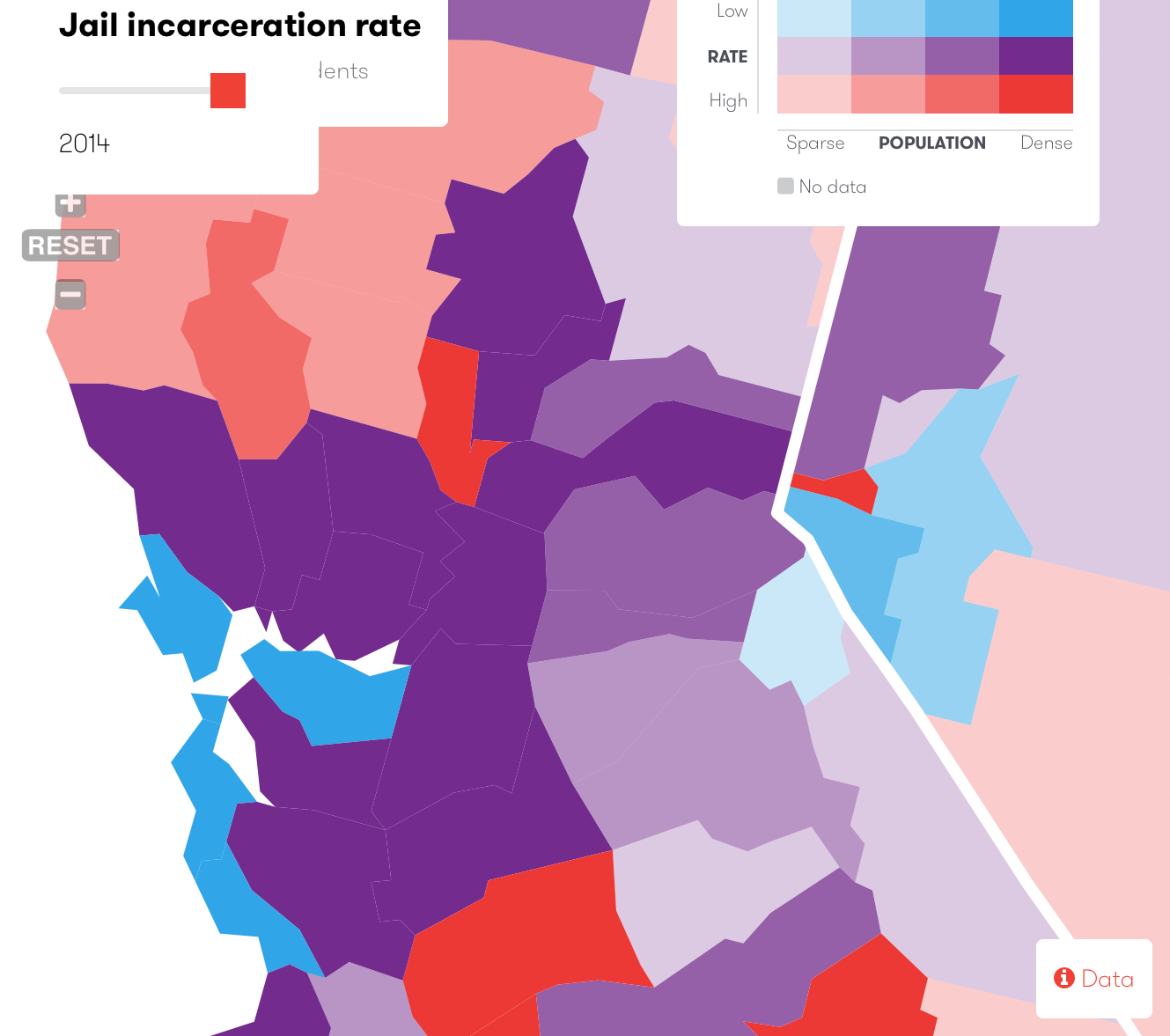 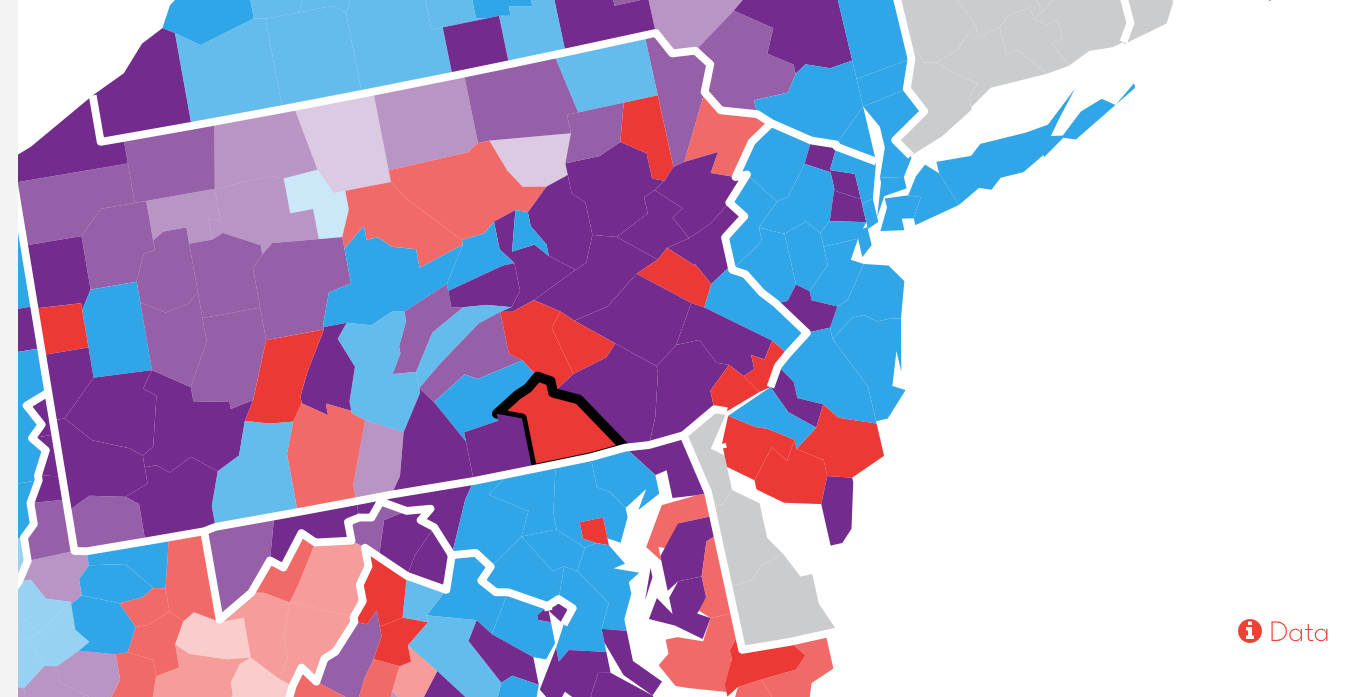 Yolo County by our count is 4th in the state of California in per capita incarceration rate.  And the highest in trials.

This is going to be an uphill battle for sure.  Jeff Reisig is a seasoned district attorney with a lot of support.

Supervisor Matt Rexroad is skeptical of the challenge.  He wrote on Facebook, “Other than his announcement for public office, I don’t think I have ever heard of this Eichele guy before. If we were to make a list of 1,000 leaders in Yolo County, this guy would not be on it.”

Later, in response to a point that he has been a deputy DA for 15 years in Yolo County, Mr. Rexroad added, “So he has been in court. How is he viable as a candidate?”

The reality is that he is qualified as a candidate. He has spent 15 years as a deputy district attorney.  Jeff Reisig came out of the same office in 2006 when he defeated his colleague Pat Lenzi in a close election that year.

The key point is: Whether Larry Eichele is viable or not will depend on whether the voters are looking for a change.

Now the voters will get a choice.  They can look at Mr. Reisig’s record, and decide if they want four more years of the current system of justice in Yolo County, or if it is time for a change.  In a democracy, that is really all you can legitimately ask for.

2 thoughts on “Sunday Commentary: Suddenly Yolo County Will Have a Choice on Direction of the DA’s Office”