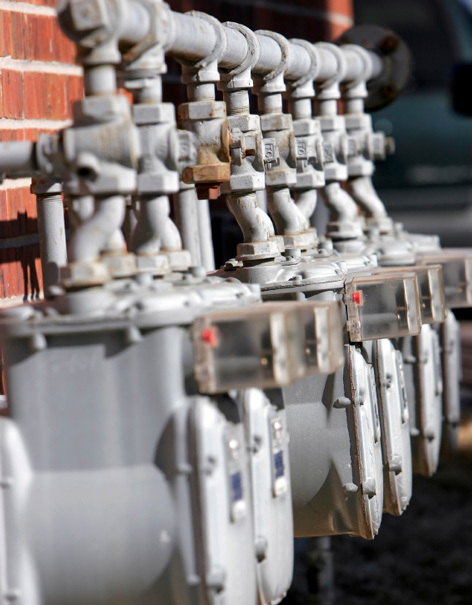 Time is growing short and the council now will have two meetings to act to put a revenue measure on the ballot.  They have asked city staff to come back on January 23 with a more refined proposal in the hopes of putting it on the ballot by the deadline at the February 6 meeting.

The form of the tax continues to change as the council now has re-opened the door for a possible two percent Utility User Tax (UUT) on gas, cable and electricity – although there is some dispute over whether electricity would be included.  One thing that was off the table was water and wastewater.

In addition, there was the possibility of an expansion of a parcel tax for parks, between $100 and $125 per year.  As of now, it appears the social services tax would wait, as Mayor Davis acknowledged that “it is not ready for prime time in the sense that more details are needed.”

As Robb Davis acknowledged, the combination of a Utility User Tax and Parcel Tax would get “roughly half of what we need.”  He also said, “It pushes us to look at cost containment.”

This was in response to a question from Councilmember Rochelle Swanson on the idea of blending approaches.  She said she was cognizant that they had to figure out a way to pass the tax measure because “zero percent of zero, is zero.”

For Brett Lee, the key to the approach is the need not to bite off everything at once.

“I’m not sure we need to eliminate the shortfall in one go in terms of a revenue measure.  The question is of course, what percent,” he said.  “I’m sort of thinking a reasonable approach is to cut that gap by half.”

That would mean taxes that generate about $4 million of the $8 million gap between current funding and what is needed for basic levels of full funding, although some estimates are that the gap is a good deal higher, potentially as high as $16 million.

Mayor Pro Tem Lee is looking at the combination of cost containment and economic development, as well as the revenue from legal cannabis to further cut that gap and then tackle the rest in a second go-around, possibly in 2020.

He said going to a $250 parcel tax: “That seems like a big ask and there seem to be other ways to address that gap.”

His conception would be to do a $90 parks tax with an inflator and a ten-year term with two percent tax on electricity, cable and gas.  That would generate $1.4 million from the UUT and $2.6 million from parks.

Will Arnold, who had previously rejected the idea of a UUT and a blended approach, now said, “I’m more open to it now than I was when we met previously.”  He added, “Brett offers a fairly prudent approach to this, that spreads the investment that’s being made through multiple ways among the community, gives us some more flexibility but the key effort I have stated… is that this parks tax ought to be renewed at the bare minimum here.

“No matter what we choose here, the needs are such that I trust my fellow community members to understand that this is an investment not in our community but in our own homes’ values,” Councilmember Arnold explained.

He added, “I’m very confident that if we choose any of the prudent approaches that are in front of us…”

He was supportive of a $99 tax for parks and $99 for roads, but he added, “I’ve become a little more flexible in my approach and I think that there is some merit in the blending idea.”

He added, “I want to keep all the options open.”

Councilmember Lucas Frerichs was in some ways the dissenter.  He said, “I appreciate the blending notion, but I’m not sure I want to do the blending with the Utility User Tax as well as the parcel tax.”

He was concerned that the Valley Clean Energy that Davis is launching with Woodland and Yolo County is predicated on the idea of savings for electricity, which he sees as potentially undermined through the creation of a new tax.

Councilmember Rochelle Swanson warned her colleagues not to lose site of the roads.  She argued that the roads have not been repaired and we should not just focus on parks.

Mayor Robb Davis noted that there was consensus growing on the blended approach, although with some disagreement over whether electricity should be included in the UUT – however, he did point out that electricity was the biggest component of the tax and believed it would be difficult to work without it.

The mayor noted that “there are people who are willing to stand up and say, I will fight that tax, no matter what the tax is.

“The philosophy there actually worries me a little bit,” he said.  “Davis as a city just needs to crash and burn and learn to live differently from the reality that hasn’t grown in appropriate ways.  We need to fight any tax because we need to get to the point where it hurts.  We need to then make the hard decisions.”

He, as a policy leader, said, “I can’t support that.  We’re always going to make decisions within constraints.”

He added, “I hear people say, you need to equally focus on economic development.  I honestly want to know that means.”  He later said, “I want to know what else we’re supposed to do.

“In terms of cost containment, I do think that we have taken real steps,” he said.  “We have held the line on staff compensation increases.  We continue to work very hard, even tonight, on making that happen.

“I believe we have done what the community has asked,” he said.  So the opposition that has emerged, he said that “it troubles me.”  He added that “we need to figure out a way to maintain what we have.”

In summary then,  the staff will return on the 23rd with proposals of a two percent UUT and a parcel tax between $100 and $125.

The mayor believes that covers about half of what we need, while pushing them to be more vigilant on cost containment.