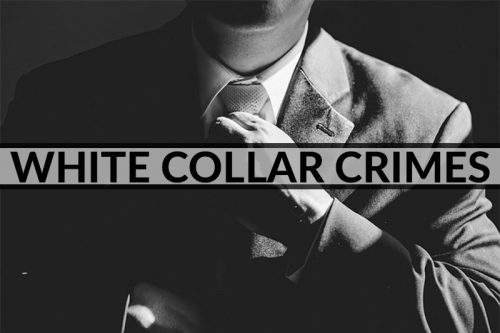 The 63-year-old will receive a slap on the wrist for his crime.  On April 16, he will be sentenced to three years of probation, 120 hours of community service and a restitution amount of $77,856.44 which covers the amount he stole along with the cost for the forensic audit that turned up the missing money.

According to various court documents and media coverage, the funds supposed to go to the organization were used to fund Mr. Humason’s personal expenses such as mortgage payments and credit card bills.

Is this simply another case where white collar crime gets a slap on the wrist?  There is a common belief that white collar criminals receive sentences of probation or, at worst, a prison term measured in months, not years.

There has been some recent acknowledgment that white collar defendants are getting longer sentences in recognition that major financial fraud can actually do a great deal more damage to society than the isolated violent crime – harming the economy and undermining people’s faith in the financial system.

Sadly though, the disproportionate nature of this current sentence reinforces the perception that white privilege is simply baked into the criminal justice.

The place of privilege occupied by Mr. Humason, who left Yolo County for a similar position in Mendocino County, was tremendous.  The Yolo County DA’s office did not issue a major press release as

they do for most high profile wins such as this one.

Moreover, he had connections with many different people, as he and Chief Deputy DA Jonathan Raven were known to have social interactions over the years.

Did this play a role in the relatively lenient sentence?  Perhaps.  But there are structural factors, as well, baked into the system.

Following his plea agreement, Mr. Humason’s attorney, Charles Applegate, told me, “Mr. Humason is very contrite and ashamed and apologetic and eager to put this behind him.”  He explained, “I think the criminal court system will never see him again.”

A big factor in this is of course that Mr. Humason has no prior criminal record.  Thus, Judge Rosenberg here can tell the defendant, “I hope you’re successful on probation. I believe you can be and should be.”

Beyond that, the DA charged Mr. Humason with a single charge of embezzlement even though his conduct was ongoing over a number of years.  A felony embezzlement charge is punishable by up to three years in prison.  But instead of charging Mr. Humason for each incident that occurred between February 2011 and June 2017, they charged him with a single charge, even though the amount stolen greatly exceeds the damages in many other Yolo County cases.

There was the lengthy co-defendant trial in which Joseph Hernandez was convicted of 78 felonies relating to a burglary ring.  Mr. Hernandez received 93 years in state prison.

There was also the lengthy co-defendant trial where Ricky Hernandez faces 75 years and his co-defendant Josh Cadenaz-Lopez faces 100 years for their involvement in a number of armed robberies in West Sacramento.

So what differentiates those crimes from Mr. Humason’s, which may have amounted to more in the amount stolen than either of the other ones?

First, Mr. Humason was charged with a single charge, rather than a crime for each individual time he took funds.  That goes against the way that the DA’s office has charged almost any other serial crime in this county, ranging from burglaries to robberies to sex offenses.

Second, access to money.  Because Mr. Humason had easy access to the money, he was able to not commit additional crimes in stealing it.  The burglaries involved breaking into people’s private homes, while the robberies involved taking the money or property by force and fear.

The methods used differentiate part of the punishment and they allow Mr. Humason, who was stealing from his employer for six years, to walk away with a slap on the wrist while the men involved in the burglaries and robberies spend the rest of their lives in prison.

Add it all up and you end up with one man stealing $52,000 and ending up with probation, while others taking far less end up with virtual life sentences.

Some have pointed out, as was the case with KetMoRee, that the Vanguard is therefore arguing for harsher sentences for some here.  The reality is that the Vanguard is simply pointing out the inequity in the system and the different rules that the same DA’s office plays by, depending on who the defendant is and the nature of their crimes.

8 thoughts on “My View: White Collar Crime as a Form of White Privilege”