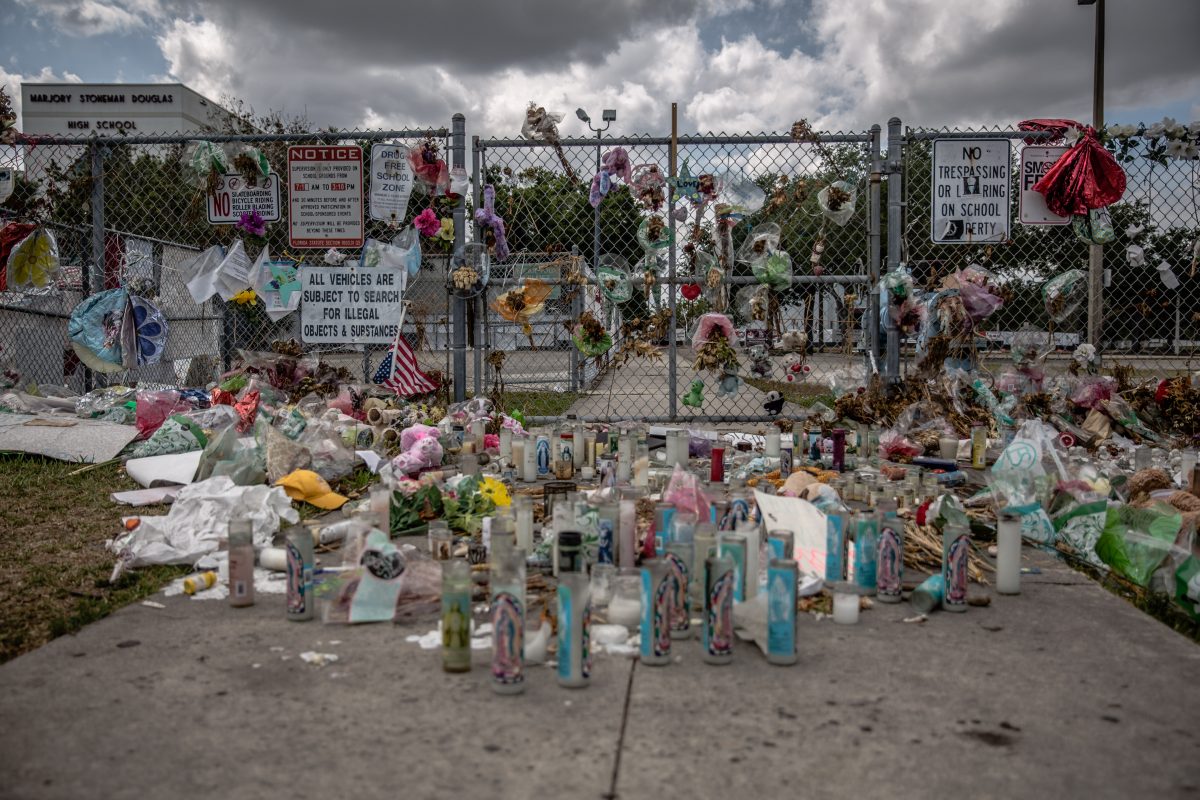 While the district passed a couple of motions to educate the students and the community on the types of actions they can partake in, Boardmember Madhavi Sunder believes that the district is not in compliance with the Supreme Court decision Tinker v. Des Moines Independent Community School District and asked the board policy committee to look at current regulations to see if they are consistent with the provisions of that case.

Board President Tom Adams indicated that the policy committee would meet soon and “we’ll focus specifically on that.”

Ms. Sunder, a law professor at UC Davis, in her lengthy comments stated that, while the “school district in following existing policy was acting in good faith,” she believes “there is more gray in our own district policy.”

She explained, “The ACLU has recognized that while schools have a right to discipline students in the face of disturbance, they need to properly exercise discretion as to whether a particular

Education Week magazine reiterated the same message, saying “schools should realize that while punishment may be within a school’s legal right, depending on the context, that doesn’t mean it is always the best or most appropriate reaction.”

“Several ACLU chapters went further,” Ms. Sunder said, arguing that “there is simply no evidence that being absent from class for a few minutes or even a day creates a substantial disturbance or disruption or infringes on the rights of other students.”

Ms. Sunder stated, “I am concerned that our current district policies that define all boycotts as a ‘student disturbance’ do not give the required latitude for student free speech. As the Supreme Court recognized in the 1969 decision  of Tinker v. Des Moines, upholding the right of Mary Beth Tinker to wear an armband to school in protest of the Vietnam War, students do not lose their constitutional rights ‘at the schoolhouse gate.’”

She argued, “The Court stated that in order to justify the suppression of speech, school officials must be able to prove that the conduct in question would ‘materially and substantially interfere’ with the operation of the school. The bottom line is that during school hours, students cannot be punished for speaking out unless their speech disrupts the functioning of the school. One could argue that a planned 17-minute, peaceful demonstration on school grounds does not ‘materially and substantially interfere’ with school operations.”

She added, “Tinker further highlights the free speech rights students clearly do have at school, for example, they can peacefully demonstrate before and after school, and during lunch hours. They can give speeches or circulate petitions on school grounds during these hours.”

In short, Ms. Sunder was of the view that “the district’s approach was excessive and inappropriate.”

He said that while the district correctly “handled the matter as it relates to our policies, I do think we missed an opportunity.”

He said, “The action that we took was appropriate and lawful given the bounds of the First Amendment.”  He noted the ACLU has a webpage dedicated to guidance on school district policy on walk outs and said that school districts can discipline students who participate in walkouts “because the law requires in most places, students to go to school and schools can discipline you for missing class.”

What they can’t do, he said, “is discipline you more harshly because of the political nature of the message behind your action.”

Bob Poppenga agreed that this was a missed opportunity.  He noted, “There’s a full range as to how schools handled the March 24 National Walkout.”  He added, “There are a lot of schools that did find creative and proactive ways to engage their students.”

One school district he cited planned an observance to remember the victims of violence and to promote peace and safety.  “That’s not a political position in my view and I think it did not have to be political,” he stated.  Pointing to the example he gave, he said, “That’s a creative response.  I think we should have come up with something just as creative.”

She pointed out that this was a group of liberal-Democrats on the board, but she said, “We serve a diverse set of beliefs in this district.”

She added, “We need to make policy for all students.”

Madhavi Sunder made a motion, “To direct staff to educate our student body about their first amendment rights to free speech in the school house.  That would include their ability to speak during lunchtime and distribute leaflets or before or after schools.  To organize peaceful protests that don’t materially and substantially interfere.”

Alan Fernandes seconded and the motion passed 4-0 with Barbara Archer abstaining, stating, “I think we have already done this in our communications.”

Tom Adams made a motion, seconded by Madhavi Sunder, to “give sites the latitude to have activities around this issue on April 20 that involve students, teachers, and site leaders to determine the level of activity that they would like to have on April 20.”

Once again, Ms. Sunder asked the board policy committee to look into whether the district is in substantial compliance with Tinker.  Board President Tom Adams agreed to do so shortly.