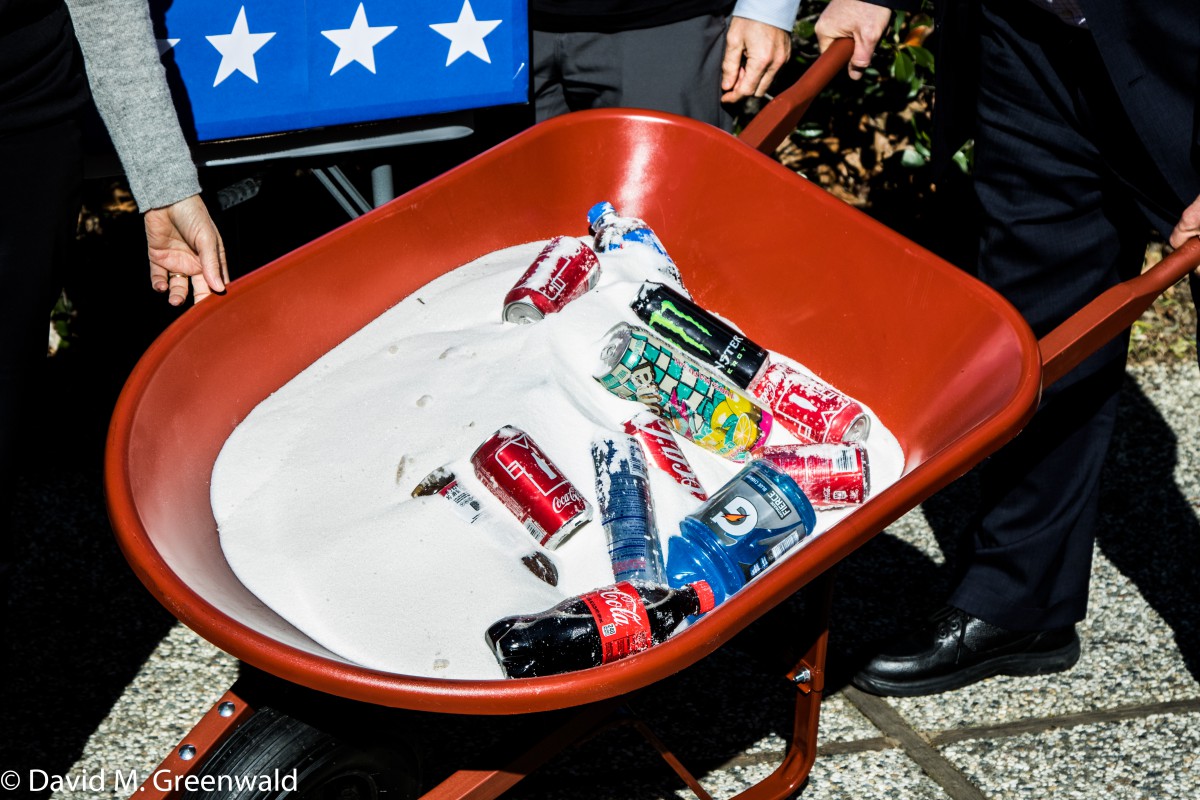 A deal that will have far-reaching implications indeed passed in the form of AB 1838 and was signed into law by a reluctant Governor Brown.  On the surface, the bill bans cities and counties from creating taxes on soda and sugary beverages.

Davis had pushed for such a measure two years ago out of concern for the rise of childhood obesity and diabetes.  That is now off the table until at least 2030.

In exchange, proponents of a separate measure that is funded by the cola companies, in particular Coca-Cola and Pepsi, pulled back on an initiative that qualified and was expected to pass that would have raised the barrier on most local taxes to two-thirds.

Coca-Cola, Pepsi and other beverage companies contributed $7 million dollars to the effort that local communities believe would have hamstrung their ability to raise new taxes.

Locally this would have not only impacted an attempt to raise a parcel tax with a simple majority this fall, but possibly the city’s ability to renew its sales tax.  The sales tax generates about $9 million and was passed in 2014 with about 55 percent of the vote.  It is up for renewal in 2020, and city officials were concerned that a new threshold would mean the loss of that renewal and

The next question is whether Alan Fernandes, the initiator of the schools parcel tax, will now pull his initiative back rather than attempt to gain 6000 signatures over the next three or four weeks.

In his signing message, Governor Brown made it clear this was the lesser of two evils.

“This bill establishes a moratorium on imposing new assessments on ‘groceries’ at the local level,” the governor wrote.  “Out of 482 cities in the state of California, a total of 4 cities are considering passing a soda tax to combat the dangerous and ill effects of too much sugar in the diets of children.

“In response, the beverage industry has circulated a far reaching initiative that would, if passed, raise the approval threshold from 50% to two-thirds on all measures, on all topics in all 482 cities. Mayors from countless cities have called to voice their alarm and to strongly support the compromise which this bill represents.

“The initiative also contains language that would restrict the normal regulatory capacity of the state by imposing a two-thirds legislative vote on what is now solely within the competency of state agencies,” said the governor. “This would be an abomination.”

The governor concluded: “For these reasons, I believe Assembly Bill 1838 is in the public interest and must be signed.”

Democrats felt they had been put in an impossible bind by the initiative.  Senator Scott Wiener was one of the few no votes, and he compared the initiative to a “nuclear weapon” aimed at local government budgets and urged public health advocates to direct their anger at soda companies, saying they forced the legislature’s hand on this.

“We find ourselves truly between the biggest rock and the smallest hard space,” Senate Pro Tem Toni Atkins said.

In a memo from Carolyn Coleman, Executive Director, League of California Cities, she noted that under the initiative all local tax measures would require a two-thirds vote.  She writes: “Should voters approve the measure, it would be drastically limit cities’ authority to fund essential core services like public safety, healthcare, libraries, parks, and infrastructure.”

The League noted that they had formed an alliance with SEIU (Service Employees International Union) to oppose the measure.  They wrote: “Our opposition efforts were gaining traction. In a matter of a few months, we secured the opposition of the California State Association of Counties, the California Special Districts Association, and many of the state’s major public sector labor organizations, including the California Teachers Association.”

The League opposed the measure calling it “distasteful” but noting, “we recognize that it must be viewed in light of the potential passage of the even more onerous Corporate Tax Trick.”

The big question that now remains is whether Mr. Fernandes will pull back his parcel tax initiative and wait until the spring when he can launch a full three-month signature drive effort rather than the abbreviated month.

13 thoughts on “With Little Other Choice, Legislature and Governor Capitulate to the Beverage Industry”