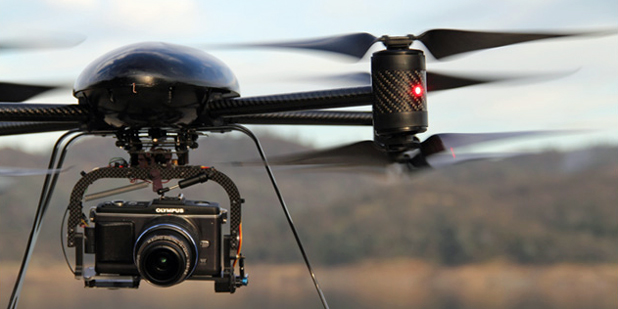 (from Press Release)–Today, the State Senate advanced SB 1186 to the Assembly for consideration. SB 1186, introduced by Senator Jerry Hill (D-San Mateo) requires public debate and a vote by local elected leaders prior to law enforcement’s acquisition of new surveillance technology, among other oversight protections.

agencies to develop privacy and use policies if they use an automatic license plate reader system or a cell phone intercept device. The surveillance technologies collect wide-ranging information on members of the public.

“SB 1186 ensures that the same privacy protocols and standards that currently apply to license plate readers and cell phone intercept devices apply to all other surveillance technology, including those developed in the future,” Senator Hill said.

Under SB 1186 surveillance technologies will be subject to public disclosure and each technology must be governed by a privacy policy.

In addition, no less than every two years, law enforcement agencies would be required to file a Surveillance Use Report to provide an overview of how the surveillance technology has been used. Also, SB 1186 provides an exigent circumstances provision to law enforcement, which would allow them to borrow or obtain surveillance devices they do not have in the case of a true emergency.

SB 1186 defines surveillance technology as any device that is intended to monitor and collect audio, visual, locational, or other information on any individual or group. This covers a broad array of current devices as well as future technologies.

Police must seek approval of their Surveillance Use Policy and subsequent amendments from their city council. Sheriffs’ departments and district attorneys would not be required to do so, but the bill does not preclude county boards of supervisors from exercising their existing budgetary, or other applicable, authority.

Local jurisdictions could adopt provisions that go further than the standards established by the bill. Non-compliance would be enforced through court-ordered injunctive relief and every law enforcement agency would be required to have a process to discipline employees who misuse surveillance devices.

“SB 1186 ensures that jurisdictions using surveillance technology have rules in place about their use and that those rules are made in public and posted publicly,” said Senator Hill. “It’s important to strike a balance between the needs of law enforcement in crime-fighting and the public’s right-to-know and rights to privacy. That’s what this bill strives to achieve.”

Matt Cagle, Technology & Civil Liberties Attorney with the ACLU of Northern California, in response to the bill’s passage, said,  “SB 1186 gives all Californians a seat at the table when it comes to surveillance technology used by local law enforcement including drones, license plate readers, and social media surveillance. As things stand, these technologies are frequently deployed in secret without public oversight and used disproportionately to target people of color and other vulnerable communities.”

He added, “California needs SB 1186 to enhance public safety and to give local communities a safeguard against intrusive surveillance technologies and the private companies who profit from them. We are pleased the Senate advanced the bill to the Assembly where we will continue to fight for the bill in its strongest form.”

Share:
Tags:ACLUPolice Surveillance
Previous : Commentary: Who Gets Harmed As We Debate Over Process and the Perfect?
Next : What Even Is A “Progressive” Anyway?