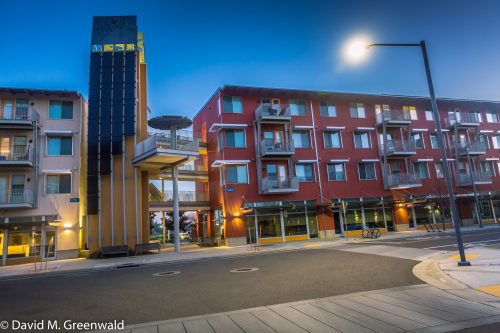 Every year it seems that our city council talks about a goal of improving its relations with UC Davis.  We see it both in statements from the dais as well as comments from the campaign trail.  While we say that – and there clearly are benefits to a better relationship with the university – it has become increasingly clear that such better relations may be beyond our reasonable grasp in the foreseeable future.

UC Davis is not only the biggest employer in this community, but in the region.  It is a more than $7 billion a year economic engine.  And UC Davis has as much if not more growth potential as any of its UC sister campuses.  Many believe that UC Davis is poised to be a power in the coming century.  And it seems likely they view the petty politics of its host community as an annoyance to be avoided, perhaps at all costs.

Look no further than recent discussions of student housing and the Long Range Development Plan (LRDP).

There is of course a measure of blame that UC Davis has about providing housing on campus to accommodate student growth.  But the rhetoric is not one likely to build community and partnership.

Eileen Samitz in her op-ed from 2015 writes, “UCD was to provide on-campus housing for 38 to 40 percent of its students by 2012, but UCD failed to meet these targets.”  She adds, “UCD’s failure to provide this housing commensurate with its growth has caused years of competition between students and workforce families for rental housing in the city, and the emergence of neighborhood ‘mini-dorms.’”

She continues more: “As a consequence of UCD’s negligence, ‘mega-dorm’ projects that should be located on campus are being proposed in the city…”

Still further, “UCD’s failure to provide sufficient on-campus housing for its own growth is creating community division as neighborhoods fight these enormous, out-of-scale projects over the impacts they would cause.”

Bear in mind that this sentiment exists far beyond the rhetoric of folks who are opposed to more housing in the community.  The recent city council attempted to toe the line between action on their part in the form of approval of thousands of student housing beds, and pushing back at the university to do more both in terms of housing allotments on campus as well as mitigation in the community.

In their letter to the university, Mitigation Measure #5 reads: “The University will enter into an agreement with the City to compensate for the direct and indirect impacts of students on city infrastructure and services…”

Even some of the more reasonable voices running for council see the need to push back against UC Davis’ growth policies.  For example, Dan Carson, who was seated on the council this week, said during the campaign, “We need to create an effective two-way working relationship between the city of Davis and the UC Davis campus if we’re going to solve this problem – particularly the housing problem.”

But then he added, “We can follow the model of Berkeley and Santa Cruz, that I’ve educated my commission and the city council about.  They’ve created great two-way working relationships where folks on both sides work together.  At the city of Berkeley, for example, they get about a $2 million annual revenue stream from the UC Berkeley campus, to help mitigate the impacts of growth.  I think we can insist upon and work for – in a collaborative way – similar kinds of agreements with this campus.”

But that’s not exactly true.  As we saw in this last election, the relationship between Santa Cruz and their university is anything but a great two-way working relationship, as the community sued

them and then passed an advisory measure this year to prevent further enrollment growth.

When the council candidates were asked about university housing, the majority of candidates wanted some sort of pressure and process in place.  Some argued for a “binding agreement.”  Others suggested the city “civilly pressure the university” and establish dialogue.  A couple of candidates even suggested a last resort of a lawsuit.

The problem that we have is that all of this rhetoric comes at a very steep cost.  Yes, I understand that UC Davis enrollment growth creates growth pressures on this community, but it also creates huge opportunities that this community would not otherwise have without a university.

The problem is that this community is difficult to work with.  We had great opportunities in 2014 to be on the forefront of the economic development wave, but we could not get out of our own way.  The world class economic development, development company Hines had a considerable investment in Davis, and ended up leaving with the local developers heading up the road into the open arms of Woodland, where they got a larger project that is already approved.

UC Davis did not even bother wasting its time or resources in the community on Aggie Square.  They went straight to Sacramento, where they found a powerful and willing partner in Mayor Steinberg, a receptive city council and a community that was not going to fight them.  Why would they even attempt to do a partnership of this sort in Davis, when it is so easy to go to the larger market?

We can say, well, we don’t really need to have multi-billion dollar industries like the medical center and Aggie Square in our community, but the fact is, this is a community starving for revenue and we have managed to chase away big revenue providers.

We have managed to push the university to put more housing on their campus than they ever intended.  But I would argue that that “success” comes at a cost.  It reinforces the perception from UC Davis that they simply do not want to work with the community unless they have to.  To provide student housing and go through the LRDP process, they have to engage the community.  But beyond that, all of the next major endeavors figure to be putting more in the way of resources into Sacramento and fewer into Davis.

These interactions and these harsh words come at a cost.  We cannot say on the one hand that we want better relationships with the campus, and then demand mitigation for student enrollment increases and threaten to sue unless there is some kind of agreement for compensation for that enrollment growth.

The door doesn’t go both ways.

Some suggest the alternative is to allow the campus to push us around  Not necessarily.  But I do think we have to weigh the down-the-road impacts of taking a more combative stance on growth, which UC Davis sees as vital to its strategies for the next century.

One question I would ask is whether having an agreement with UC Davis like Santa Cruz and Berkeley have is more advantageous than fostering a better relationship, so that the next time UC Davis is looking to develop its economic development and technology transfer, it looks inward first?  Or to put it another way, would we benefit more from having Aggie Square in Davis or a settlement agreement with the university?

The fact is that the relationship is poisoned far beyond what I think most people really understand.  UC Davis largely stayed out of the Nishi discussions in 2016 and 2018, not necessarily because they opposed the projects, but more because they did not want to get in the middle of an internal cat fight that would cover them in more negative press.

Can this relationship be restored?  Perhaps over time.  But that would require a lot and not just on the part of the official city government.

46 thoughts on “My View: We Talk about Town-Gown, but then the Rhetoric Flies”