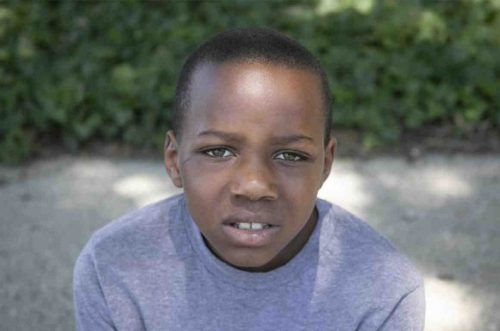 Chrystal McCadden thought she had done everything necessary to ensure an appropriate, safe educational environment for Cameron, her 7-year-old son who has attention deficit hyperactivity disorder. In addition to obtaining appropriate professional services for her son, she also worked with the school district in Flint, Michigan, to develop an individualized education plan, or IEP. Over the course of 13 months, she also met repeatedly with the administrators of an after-school program run by the local chamber of commerce to discuss Cameron’s condition, needs, and strategies for addressing his disability-related challenges.

Nevertheless, on Oct. 12, 2015, when Cameron allegedly ran across bleachers and kicked a supply cart — conduct consistent with his disability — the afterschool program declined to follow protocols specified by the child’s IEP. Instead, a police officer was summoned. The officer encountered a little boy who was just shy of four feet tall and who weighed about 55 pounds. Cameron was immediately seized and placed in handcuffs.

When the afterschool program got around to calling Ms. McCadden, the fact that her son was in cuffs was mentioned almost in passing. She disregarded it, believing that the handcuffs must have been

toys, part of Halloween activities or a game. When she arrived and learned to her horror that what was done to her son was no game, she vigorously demanded the removal of the restraints. She was then even more alarmed to learn that Cameron could not be released because the officer did not have the key. Almost a full hour passed before the child was finally released.

On behalf of Cameron, the ACLU of Michigan, the ACLU’s Disability Rights Program, and private cooperating attorneys filed a lawsuit against the Flint Police Department and the Flint Chamber of Commerce. The lawsuit asserts claims for Fourth Amendment and disability law violations.

In addition to requesting that the court declare Cameron’s handcuffing illegal, order that it never happens again, and award compensation to the McCaddens, the lawsuit and a large coalition of local grassroots community organizations demand the total withdrawal of police officers from Flint’s elementary schools. Against a backdrop of a water crisis that has had a demonstrable physical impact on school children throughout the city, members of the community believe money spent on police in elementary schools would be better spent on professionals who are trained and equipped to deal with the problems of Flint’s children. No one is satisfied with handcuffs as a response.

Unfortunately, Cameron’s experience was not unique.

More and more, schools in America are turning mundane disciplinary infractions and behaviors that should be addressed through IEPs or a conversation with a counselor into crimes. With the lawsuit, the McCadden family has said enough is enough. No child deserves to have handcuffs slapped on them, especially when their behavior is an expression of their disability. It’s disturbing that these words even need saying.

Mark Fancher is a Staff Attorney with ACLU of Michigan

Share:
Tags:ACLUPolice on CampusSchool Arrest
Previous : My View: What If Schools and School Funding Are Outside the Hands of Our School Board?
Next : State Of California Approves First Retail Cannabis Business License In Davis