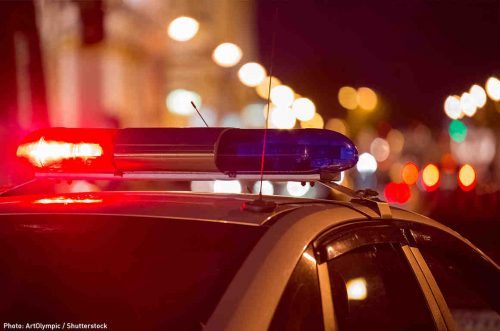 When Officer Jeronimo Yanez, who shot Philando Castile, was on trial for the killing,  the key question before the jury was whether the officer had reason to fear that Mr. Castile was reaching for a gun which he acknowledged having.

Officer Yanez testified that he feared Mr. Castile was grabbing for the gun, even though his girlfriend said that he was reaching for identification, as instructed and requested by the officer.

The case of Philando Castile was unique in some ways – there was no resistance by Mr. Castile even as he was pulled over, as it turns out, yet again.  He had the weapon legally with a permit.  And yet, Officer Yanez was like many other police officers across the country, not convicted by a jury of committing a crime.

One of the problems that is faced by prosecutors attempting to hold police officers accountable is whether an officer having a reason to fear is sufficient to justify the legal use of force.

And in California, the state legislature is taking up that issue by looking to tighten the standard from “reasonable” to “necessary.”

Critics have long argued that the current standard, which considers whether a “reasonable” officer in similar circumstances would have acted the same way, is too broad.  A big concern is that police can act abruptly without attempting to deescalate the effort.

Thus, AB 931 would establish that law enforcement is only justified in killing a suspect when they have no “reasonable alternatives” to the threat to themselves or others.  Furthermore, the bill would force juries to take into account how an officer’s actions contributed to the outcome.

Police groups see this bill, AB 931, as a risk to officer lives and have launched an intense lobbying campaign against the bill.  A campaign that has proven effective.

Facing a questionable future, the backers have attempted to scale back the measure.  Originally, the measure eliminated the use of “justifiable homicide” as a legal defense when they could be shown to have acted with “criminal negligence.”

However, backers have now removed the provision that would have made it far easier to prosecute officers.

“It removes the idea that we’re just out there to get cops,” said Assemblywoman Shirley Weber.  “The angst was there.”

Unlike the changes to the bail reform bill, it does not appear that the ACLU and other groups are objecting to the change.

For instance, Lizzie Buchen, a lobbyist for the American Civil Liberties Union of California, one of AB 931’s sponsors, told the Bee on Friday that they “rejected the notion that it had been significantly watered down, because adopting a new standard for use of deadly force would still require a shift in police training. Officers who violate the standard could still be disciplined or

fired by their agencies, which she said would act as a deterrent.

She pointed out that Seattle and other local jurisdictions have adopted similar policies for use-of-force protocols and this has proven successful in reducing police killings.

The Bee noted that law enforcement groups “have been reluctant to negotiate over a change to the use-of-force standard that they contend would cause police to second-guess their actions and pull back from proactively confronting threats.”

The California Police Chiefs Association have offered substitute language for AB 931 “that would have instead required agencies statewide to adopt use-of-force guidelines incorporating de-escalation tactics, how to interact with vulnerable populations such as the mentally ill, and intervening to stop another officer from using excessive force, among other new standards.”

This would also have been based on Seattle Police Department policies.

“Once again, Dr. Webber [Dr. Shirley Weber, co-author of the bill], the ACLU and other anti-police fringe groups are choosing to push falsehoods to the media as opposed to having a fact-based discussion about the dire implications of their proposals, proposals that will undermine the safety of law enforcement professionals and the public across California,” the group’s board of directors said in a statement.

Certainly the rhetoric is heightened, but there is something encouraging coming out of it.  Both the police and activists are pushing for changes to long-standing rules on police use of force.

The sticking point appears to be on the actual language under which an officer is justified in using deadly force.

Having covered many of these shootings and written on still more, the biggest problem I see is that a lot of these confrontations could have been handled differently from the start, but instead they have escalated to the point where the officer – legally, at least under current laws – is justified in using deadly force.  Once those mistakes are made, the officer can still be legally justified in shooting the subject and that is a key problem with the current guidelines, and it does not appear that the police chiefs’ language adequately addresses it.

The second problem is what we saw in the Castile shooting.  The officer made a clear mistake there – he shot the suspect out of either a mistaken fear or an irrational one.  That is a shooting that could have been preventing with clearer use-of-force guidelines.

Share:
Tags:AB 931ACLUPolice Use of Force
Previous : Why Does the U.S. Prosecute and Incarcerate Children as Adults?
Next : My View: We Need to Be Able to Have an Informed Discussion on WDAAC