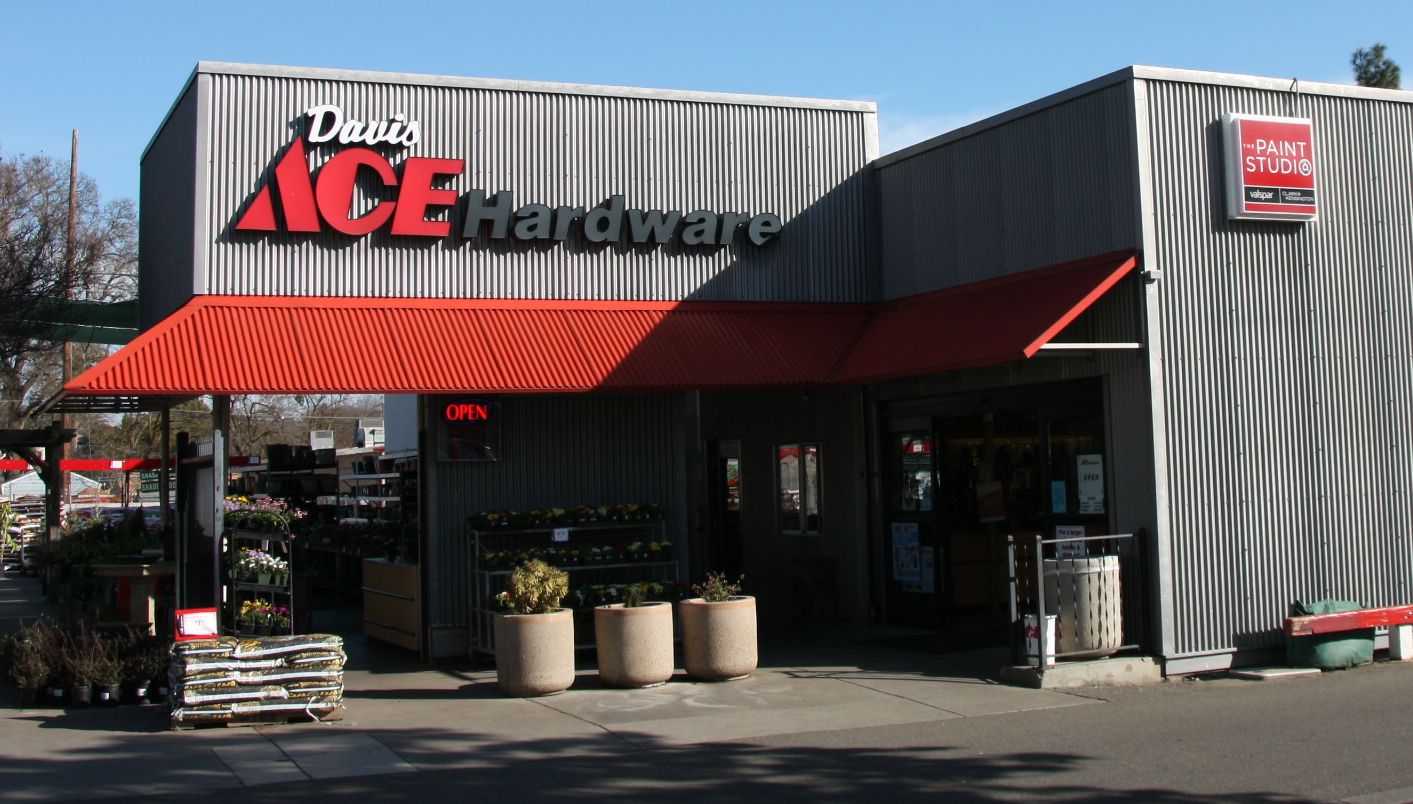 This past week, the owners of Davis Ace announced that they would be selling their longtime store.  This is of course a big deal in Davis.  In the article in the Enterprise, local Jennifer Anderson said the deal was expected to close in mid-April, and noted that their kids are in their 20s and it was time.

But in a public comment on the Enterprise site, that didn’t stop Colin Walsh from jumping in with a comment that was not corroborated but was sheer speculation, and about which he talked with no one involved in the operations of Davis Ace.

His point: “I blame the Davis City Council.”

This is a public post and he tagged the councilmembers to get maximum exposure, but failed to do even basic due diligence.

Why does he believe that Davis City Hall is “responsible for this”?  He noted that the owners have spoken out passionately against paid parking at a city council meeting just two weeks ago 5 – never mind that they have been fighting this battle for years, never mind the council has yet to make a decision, and never mind that it was just a year or so ago that they were able to get approval for their new parking lot from pretty much the same city council.

Mr. Walsh writes: “The Current City Council and staff have clearly made it harder for this business.”

He continues: “I strongly suspect this (ill) treatment of Davis’ largest and oldest local business has been a factor in its sale to a chain.  Davis just lost its oldes (sic) and largest locally owned business.  This is truly sad news for Davis and I blame the Davis City Council.”

Note that Mr. Walsh isn’t just asking if Davis City Hall is responsible for this, as he suggests in his opener – his claims go from asking, to strongly suspecting, to the pointed comment of “I blame.”

However, if Mr. Walsh wants to make public accusations, perhaps he should do some homework and, I don’t know, ask?

That’s what I did.  I was told directly by Doby Fleeman that the sale has nothing to do with City of Davis parking policies.  They are simply selling their business because they believe “it’s time for a new generation of leaders to carry on existing traditions while helping foster new and different models to best serve the future needs of our community.

“We continue to feel strongly that Downtown business and property owners must take an active role in helping to shape and promote new economic and redevelopment initiatives both for the Downtown and the larger community.”

Also, as the article notes, it is not like Davis Ace is closing its doors.  We are not losing a business.

Jennifer Anderson told the Enterprise, “Doby and I are not fully retiring. We will still be in the Davis community — committed to Davis Ace and Aggie Ace success through Crown. We still own other properties and investments.”

They are selling to Crown Hardware, a chain, with stores in 17 communities, but they will continue to operate Davis Ace Hardware.

Ms. Anderson told the Enterprise: “They are truly excited to bring their experience back to Davis. We know they will continue our traditions and build new ones in our community and for our employees. This is really important to us.”

In short, let us not turn this into something it is not.  Anyone who knows the owners would know that if the reason were city policies on parking, they would be the first to tell us – not someone posting on the Davis Enterprise website.