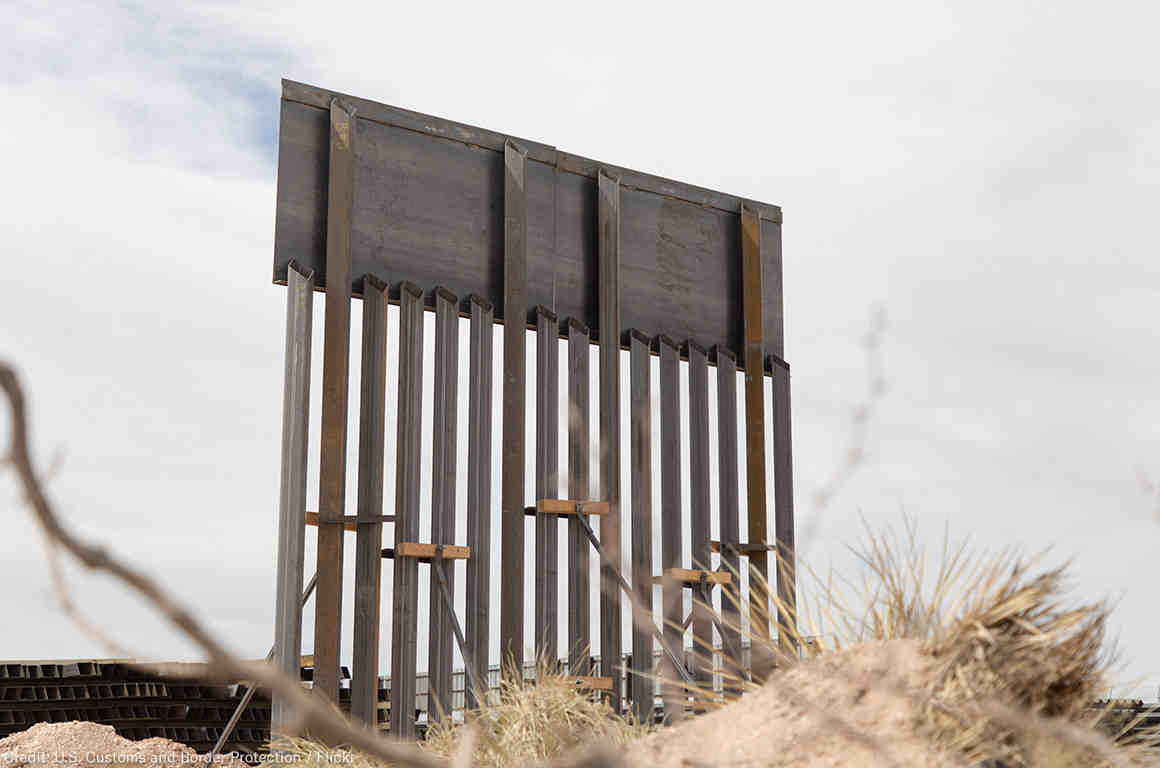 From the beginning of his campaign for president, Donald Trump claimed that he was going to build a wall along the southern border. He said “nobody builds walls better than me.” He said the wall would be “big” and “beautiful.” He said someone else would pay for it. And he said it would be built so fast that “your head would spin.”

Last night, for the first time, a federal judge made clear to President Trump he couldn’t get his wall by illegally diverting taxpayer money.

The judge’s ruling comes in an ACLU lawsuit on behalf of the Sierra Club and the Southern Border Communities Coalition (SBCC). Together, the Sierra Club and SBCC represent the communities who live in, protect, and treasure the lands and communities along our southern border. For years, these communities have engaged in the democratic process and successfully persuaded their congressional representatives to deny President Trump funding to build his wall.

Our lawsuit centers on the question of whether the president abused his power to divert funds for a border wall Congress denied him. Unfortunately for President Trump, the Constitution is clear on the matter: only Congress has the power to decide how taxpayer funds are spent. And Congress, like border communities, said no to the President’s wall.

Congress didn’t bow to Trump’s pressure even after he caused the longest government shutdown in U.S. history over his demands for billions of dollars for his wall. Congress allocated only a fraction of the money that Trump demanded, and imposed restrictions on where and how quickly any border barriers could be built.

In a blatant abuse of power meant to circumvent Congress, President Trump declared a national emergency on February 15, 2019, and announced he would illegally divert $6.7 billion from military

construction and other accounts for the border wall project.

From the beginning, the emergency was obviously a sham. Trump said as much himself when he declared the emergency, saying he “didn’t need to do this” but he’d prefer to build the wall “much faster.” He added that he declared a national emergency because he was “not happy” that Congress “skimped” on the wall by denying him the billions he demanded.

The court’s ruling blocks the sections of wall that the Trump administration announced would be built with military pay and pension funds. It also invites us to ask the court to block additional projects as they are announced in the future. The judge emphasized the government’s commitment to inform the court immediately about future decisions to build.

It may be easy to ridicule President Trump’s desperation for a border wall — an absurd and xenophobic campaign promise for which he has only himself to blame. But as pointless and wasteful as it may be, Trump’s campaign promise now threatens to cause irreparable and real damage to our constitutional checks and balances, the rule of law, border communities, and the environment.

The wall is part of an exclusionary agenda that President Trump has targeted, over and over, at people of color. From his notorious Muslim Ban, to his efforts to eliminate protections for immigrants from Haiti, Sudan, Nicaragua, and El Salvador, courts have found “evidence that President Trump harbors an animus against non-white, non-European” immigrants. Trump has repeatedly justified his wall by lying about border communities, falsely claiming that America needs a wall.

Border communities know firsthand that walls are dangerous and wasteful. They divide neighborhoods, worsen dangerous flooding, destroy lands and wildlife, and waste resources. As our clients explained to the court, “we are a community that is safe, that supports migrants, that works well together and supports one another, that is worthy of existence.”  What border communities truly need is infrastructure and investment, not militarization and isolation.

The court’s order is a vindication of border communities’ advocacy for themselves, and of our Constitution’s separation of powers. As the court wrote, “Congress’s ‘absolute’ control over federal expenditures—even when that control may frustrate the desires of the Executive Branch regarding initiatives it views as important—is not a bug in our constitutional system. It is a feature of that system, and an essential one.”