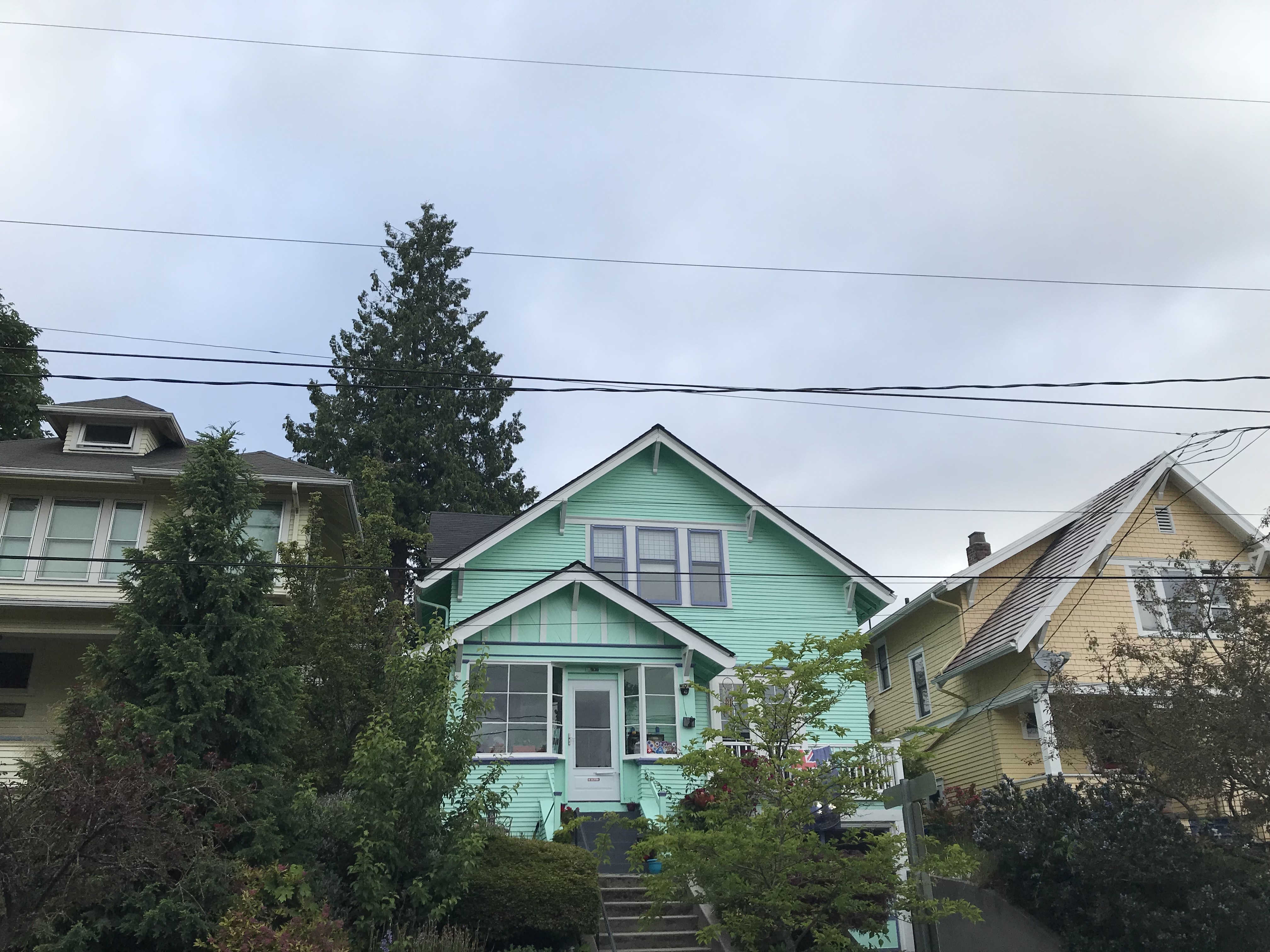 Senator Scott Wiener could not get his zoning changes through the legislature – yet – but as a couple of recent articles that appeared in the New York Times over the last week demonstrate, it might be only a matter of time before California revisits, at the very least, the notion of single-family zoning.

An article that appeared in yesterday’s paper, “Cities Start to Question an American Ideal: A House With a Yard on Every Lot,” argues,“Townhomes, duplexes and apartments are effectively banned in many neighborhoods. Now some communities regret it.”

The article begins with a graphic that shows, while New York has only 15 percent single-family detached homes, cities like Los Angeles have 75 percent, Seattle has 81 percent and San Jose has 94 percent of that style housing.

“Single-family zoning is practically gospel in America, embraced by homeowners and local governments to protect neighborhoods of tidy houses from denser development nearby,” the Times reports.  “But a number of officials across the country are starting to make seemingly heretical moves.”

The impact of that zoning is far-reaching they say, noting, “It is illegal on 75 percent of the residential land in many American cities to build anything other than a detached single-family home.”  That number is actually higher in suburbs and newer cities in the Sun Belt.

The problem, as cited by the article: “While zoning remains invisible to many people, the problems it’s connected to increasingly are not.”

The article addresses the housing shortage and environmental concerns, where they note: “Single-family zoning leaves much land off-limits to new housing, forcing new supply into poorer, minority communities or onto undeveloped land outside of cities.”

Scott Wiener’s bill, they note, has been effectively killed for this term by homeowners and local officials who wish to maintain local control.  While there are other portions of the bill that have gotten

more notice, one provision is, “It would also permit single-family homes to be subdivided into as many as four units, and multi-unit buildings to go up on vacant lots in single-family neighborhoods.”

The Times editorial on June 15 (Americans Need More Neighbors) argues: “A big idea in Minneapolis points the way for other cities desperately in need of housing.”

The editorial highlights the housing crisis, arguing: “Housing prices, and homelessness, are rising across the country because there is not enough housing.

“Increasing the supply of urban housing would help to address a number of the problems plaguing the United States,” they write.  “Yet in most places, housing construction remains wildly unpopular.”

Furthermore: “People who think of themselves as progressives, environmentalists and egalitarians fight fiercely against urban development, complaining about traffic and shadows and the sanctity of lawns.”

Their solution is Minneapolis.  Currently 70 percent of residential land is zoned for detached single-family homes, according to the other article.  But that could change.  That is because “Minneapolis is ending single-family zoning.”

Like Davis and other places, Minnesota is suffering from the missing middle, where young couples in apartments cannot afford to scale up to $400,000 homes.

The Times writes: “As cities across the country contend with an affordable-housing crisis that has led to gentrification and homelessness, few have been willing to take on single-family zoning, a way of living that is fiercely protected by neighborhood groups.”

The remarkable thing is the so-called Minneapolis 2040 plan drew thousands of public comments and, yes, a last-minute lawsuit.  But it passed the council on a 12-1 vote.

The Times writes: “Experts say adding density to single-family neighborhoods is a powerful tool to address housing affordability and chip away at segregation. While going so far as to eliminate single-family zoning may not be politically possible everywhere — the Minneapolis City Council is made up of 12 Democrats and one Green Party member — success there could offer one model of what is possible.”

“Minneapolis is not alone in being a city with a history of intentional segregation,” Mayor Jacob Frey said in an interview this week. “I’m hopeful that we’re not alone in undoing it.”

The Times editorial notes that “the elimination of single-family zoning was crucial in building political support for the plan, ending a system under which more than 60 percent of Minneapolis was sheltered from change.”

The Times argues that the affordable housing crisis cannot “be solved by new construction alone” and they advocate for more subsidized housing, but at the same time they argue that “advocates for affordable housing should be jumping up and down and screaming for the construction of more high-end apartment buildings to ease demand for existing homes. Those new buildings are filled with people who would otherwise be spending Saturdays touring fixer-uppers in neighborhoods newly named something like SoFa, with rapidly dwindling populations of longtime residents.

“Market-rate construction also can help to reduce the need for public housing subsidies in the longer term,” they argue.

As we know, in California, legislators from the wealthy and lower density cities blocked similar plans.  And perhaps Senator Wiener has tried to bite off too much at once and should have taken each proposal one at a time.

What went right in Minneapolis, according to the Times editorial board, was that a “crop of young politicians” wanted more housing.  “The city is conducting an early experiment in government by and for millennials,” they write.  Moreover, “For the first time in the city’s modern history, more than half of its residents are renters, including Mayor Frey.”

Then again, Davis is a city with a majority of residents as renters, but their power is diffused because many are students so are either transitory residents or do not vote.

At the same time, the Times points out a phenomenon in Minneapolis which we have observed in Davis as well.  Many people came to speak during public comment.  In Davis, many of the long-time residents have spoken out against projects, of which the younger speakers were supportive.

One observer in Minneapolis noted the same: “It was so stark…  It was just so easy to guess, just judging by age, what side they were going to be on.”

The Times points out that the advantage Minneapolis has over coastal cities is “its housing prices still are relatively modest, so its population includes a lot of middle-class families.”  In the coastal cities, housing debates “pit the wealthy against the poor, and middle ground has been hard to find.”

Is this a way forward?  Maybe.  Perhaps Senator Wiener would be best advised to address one issue at a time in his proposal.  Stay tuned.

31 thoughts on “Commentary: Is the Elimination of Single-Family Zoning the Answer?”