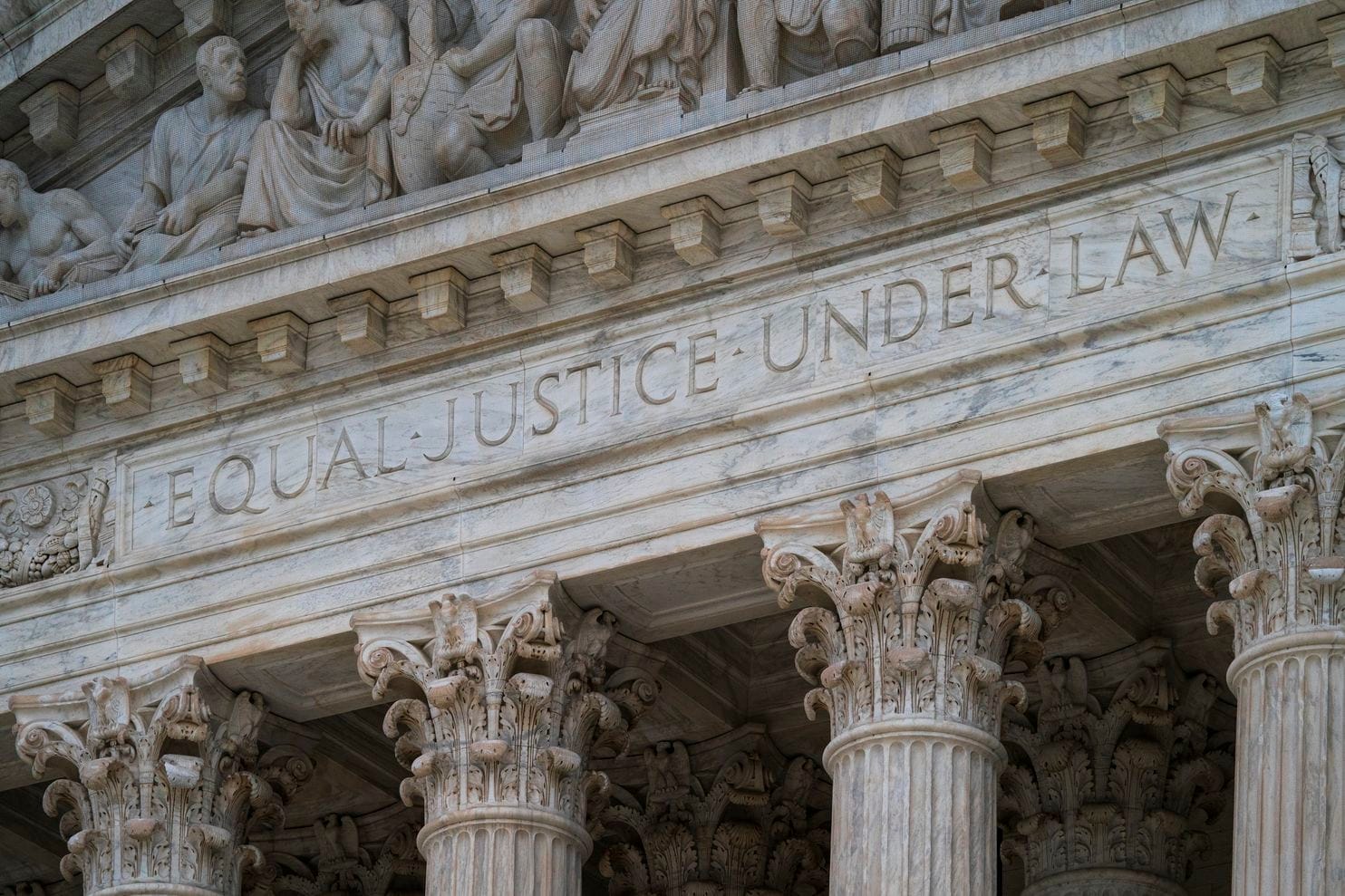 In a rare dissent, Supreme Court Justice Clarence Thomas ignored the concerns of his colleagues in the Mississippi death penalty case against Curtis Flowers, who in 1996 allegedly murdered four people in Winona, Mississippi.  He has been tried six times before a jury for that murder with the same lead prosecutor in all six trials.

Mr. Flowers was convicted in the first three trials and sentenced to death but his conviction has been overturned based on misconduct by prosecutor Doug Evans.

The issue at hand is a Batson issue: whether Mr. Evans improperly kept blacks off the jury.  Under Batson v. Kentucky, prosecutors can strike potential black jurors if the state can articulate a race-neutral rationale for doing so via their peremptory challenges.

In several of the iterations of this case, the court ruled that he failed to meet that challenge.  And in this case, which came down on June 21, the court held that the trial court “committed clear error in concluding that the State’s peremptory strike of black prospective juror Carolyn Wright was not motivated in substantial part by discriminatory intent.”

Justice Kavanaugh delivered the opinion of the court that ruled 7-2 that Mississippi violated the relatively low standard of Batson.  Justice Thomas was joined by Neil Gorsuch in dissent.

The totality of the evidence smells – the state used its peremptory challenges to strike 41 out of 42 African-American prospective jurors over the course of six trials, including against five of six prospective jurors in the most recent trial.

those same questions, the prosecutor can try to distort the record so as to thereby avoid being accused of treating black and white jurors differently.”

He writes: “A court confronting that kind of pattern cannot ignore it.”

In his dissent, however, Justice Thomas chastises his colleague, arguing that “the opinion distorts our legal stand­ards, ignores the record, and reflects utter disrespect for the careful analysis of the Mississippi courts.”

He argued: “Any compe­tent prosecutor would have exercised the same strikes as the State did in this trial.”

He adds: “And although the Court’s opin­ion might boost its self-esteem, it also needlessly prolongs the suffering of four victims’ families.”

Indeed, as commentator Jeffrey Toobin pointed out in his column in the New Yorker, “In his Flowers dissent, Thomas all but called for the overturning of the Court’s landmark decision in Batson v. Kentucky, from 1986, which prohibits prosecutors from using their peremptory challenges in racially discriminatory ways.”

Indeed, he writes that “the Court continues to apply a line of cases that prevents, among other things, black defendants from striking potentially hostile white jurors.”

He then adds, “I remain ‘certain that black criminal defendants will rue the day that this Court ventured down this road that inexorably will lead to the elimination of peremptory strikes.’”

This is flawed reasoning by the Justice of course.  If the juror is “hostile” toward blacks, then that would be a legitimate basis for either peremptory challenge or even a challenge for cause.  However, if the only reason to believe that they would be hostile would be their race, that would be improper.

But Justice Thomas’ antipathy toward cracking down on prosecutorial misconduct is nothing new, unfortunately.

There was also the case of Thompson v. Connick from 2011.

In 1985 John Thompson was convicted of murder in Louisiana and sentenced to death.  He would serve 18 years in prison, 14 of them on death row, and watched as seven executions were planned from them.

By happenstance, in May 1999 as he was about to be executed, Mr. Thompson’s investigators learned that the prosecution had failed to turn over evidence and in some cases outright destroyed evidence that would have cleared him in a separate robbery trial.

Eventually, both of his convictions were overturned.  The state, for reasons that don’t make a lot of sense, retried him on the murder charges but it took a jury only 35 minutes to acquit him.

The jury, in that case, awarded Mr. Thompson $14 million for the violation of civil rights.  It got all the way up to the Supreme Court when Justice Thomas, this time, with the support of the conservative wing of the court, overturned the decision.

“The role of a prosecutor,” Justice Thomas wrote, “is to see that justice is done.

“By their own admission,” he continued, “the prosecutors who tried Thompson’s armed robbery case failed to carry out this responsibility. But the only issue before us is whether Connick, as the policy maker for the district attorney’s office, was deliberately indifferent to the need to train the attorneys under his authority.”

For Justice Thomas, that answer was no, despite what would seem to be overwhelming evidence to the contrary, as we shall see shortly.

Justice Scalia, in a concurrence joined by Justice Alito, said the misconduct in the case was the work of a single “miscreant prosecutor,” Gerry Deegan, who suppressed evidence “he believed to be exculpatory, in an effort to railroad Thompson.”

In a dissent, however, Justice Ginsburg wrote that “no fewer than five prosecutors” were complicit in a violation of Mr. Thompson’s constitutional rights. “They kept from him, year upon year, evidence vital to his defense.”

This, she wrote in her dissent, “was a foreseeable consequence of lax training.”

Slate Magazine calls this “one of the meanest Supreme Court decisions ever.”  It deprived a man who had been robbed of 18 years of his life any sort of compensation from the state.

The defense here offered by the court was that Mr. Connick was not aware or responsible for the unconstitutional conduct of those he supervised.

However, as Justice Ginsburg argued in that case, Mr. Connick, among other things, “acknowledged that he misunderstood Brady,” that his prosecutors “were coming fresh out of law school,” and perhaps more importantly conceded that holding his underlings to the highest Brady standards would “make [his] job more difficult.”

Further, as Bennett Gershman and Joel Cohen point out, the jury had “considerable evidence that both Connick and prosecutors in his office were ignorant of the constitutional rules regarding disclosure of exculpatory evidence; they were ignorant of the rules regarding disclosure of scientific evidence; there was no training or continuing education, and no procedures to monitor compliance with evidentiary requirements; prosecutors did not review police files; and shockingly, Connick himself had been indicted by federal prosecutors for suppressing a lab report of the kind hidden from Thompson.”

The reality is that Clarence Thomas in Flowers, just as he was in Connick, is simply not willing to hold prosecutors accountable for misconduct.  The only difference is that in Connick he was able to get the support of Scalia and the majority of the court (including Anthony Kennedy, the swing vote at the time).  In Flowers, surprisingly, he was not.

Does this mark a shift in the attitude on prosecutorial misconduct by the court, or an anomaly specific to this case?  One is tempted to argue that Flowers was egregious, but, then again, so too was Connick.