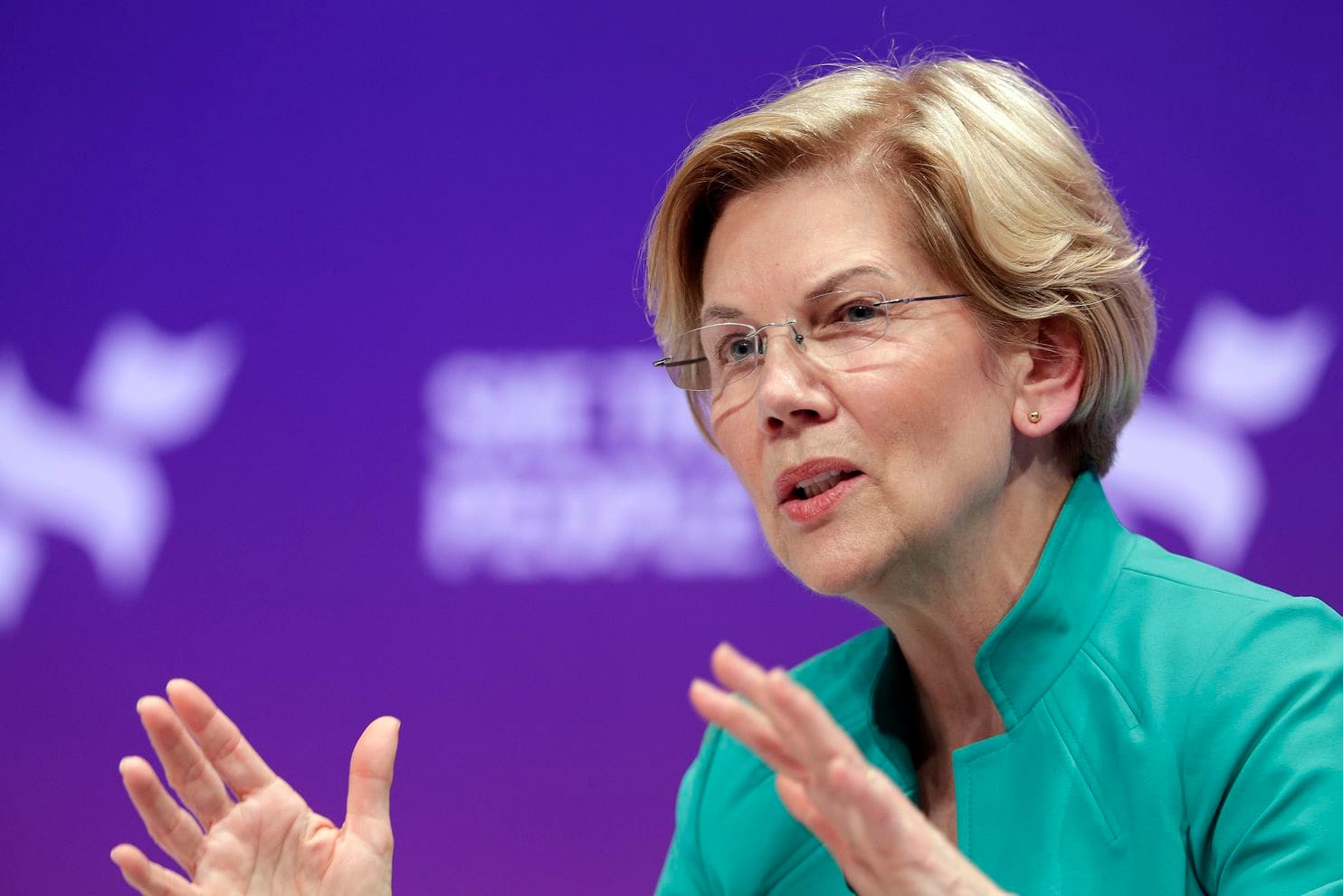 The bottom line: “We have criminalized too many things. We send too many people to jail. We keep them there for too long. We do little to rehabilitate them. We spend billions, propping up an entire industry that profits from mass incarceration. And we do all of this despite little evidence that our harshly punitive system makes our communities safer — and knowing that a majority of people currently in prison will eventually return to our communities and our neighborhoods.”

In addition, she argues, “the evidence is clear that there are structural race problems in this system.”

She notes, “Four words are etched above the Supreme Court: Equal Justice Under Law. That’s supposed to be the promise of our justice system. But today in America, there’s one system for the rich and powerful, and another one for everybody else.”

She argues that “real reform requires examining every step of this system: From what we choose to criminalize, to how law enforcement and prosecutors engage with communities and the accused, to how long we keep people behind bars, how we treat them when they’re there, and how we reintegrate them when they return.”

Senator Warren argues that we need to rethink our approach to public safety, adding, “It is a false choice to suggest a tradeoff between safety and mass incarceration.”

Here she talks about the need to “break the school-to-prison pipeline,” reduce homelessness and housing insecurity, invest “in evidence-based interruption programs,” decriminalize the mental health crisis, and invest “in diversion programs for substance abuse disorder.”

She also argues, “We face a crisis of over-criminalization. It has filled our prisons and devastated entire neighborhoods. Addressing the crisis starts by rethinking what we choose to criminalize.”

She calls for repealing the 1994 crime bill that was signed by President Clinton, addressing the legacy of the war on drugs, stopping criminalizing homelessness and poverty.

Here she talks about the need to end cash bail, restrict fines and fees collected by the courts, cap the assessments of fines and fees, and eliminate fees for necessary services.

Senator Warren also talks about reforming the way the law is enforced.

She writes: “The vast majority of police officers sign up so they can protect their communities. They are part of a profession that works tirelessly and takes risks every day to keep us safe. But we also know that many people of color, including Native Americans, disproportionately experience trauma at the hands of law enforcement, sometimes with life-altering consequences.

“Everyone is less safe when trust erodes between the police and the communities they serve,” she argues.

Here she talks about treatment and early intervention for law enforcement officers suffering from depression and stress.  She also describes improvement in the collection of data and increasing the federal oversight capacity.

She writes: “The Obama Justice Department used its authority to investigate police departments with a pattern or practice of unconstitutional policing — but resource constraints limited the number of interventions carried out. Meanwhile, the Trump administration hasn’t initiated any investigations at all.”

She wants to empower state Attorneys General because “[e]ven an expanded DOJ will not be able to provide oversight for many thousands of law enforcement agencies in this country.”

She pushes for an increased civilian oversight of police and moving to a new federal standard for the use of force.  She wants to increase federal funding for law enforcement training and restrict the use of qualified immunity in order to better hold police officers accountable.

Here she writes: “When an officer abuses the law, that’s bad for law enforcement, bad for victims, and bad for communities. Without access to justice and accountability for those abuses, we cannot make constitutional due process protections real. But today, police officers who violate someone’s constitutional rights are typically shielded from civil rights lawsuits by qualified immunity…”

Finally, she wants to expand the use of body cameras while protecting citizen privacy and reducing gun violence.

Elizabeth Warren then calls for prosecutorial and judicial reform.  She argues, “Our current criminal system is complex and places enormous power in the hands of the state.”  Reform, she argues, “requires a transparent system that emphasizes justice, that gives people a fighting chance — and truly treats everyone equally, regardless of color.”

She writes: “We should ensure that our public defenders are paid a fair salary for their work, and that their caseloads allow for the comprehensive defense of their clients.”

She talks about reining in prosecutorial abuses.  She said, “I’ll establish a Commission on Prosecutorial Conduct to make additional recommendations for best practices and monitor adoption of those recommendations. And I’ll create an independent prosecutorial integrity unit to hold accountable prosecutors who abuse their power.”

She also talks about expanding access to justice for people wrongfully imprisoned.

Here she notes that the habeas corpus procedure was put into the Constitution, however, “[i]n 1996, at the height of harsh federal policies that drove mass incarceration, Congress made it absurdly difficult for wrongfully imprisoned individuals to bring these cases in federal court. Since then, conservative Supreme Court Justices have built on those restrictions — making it nearly impossible for defendants to receive habeas relief even when they have actual proof of innocence.”

She writes: “We should repeal these overly restrictive habeas rules, make it harder for courts to dismiss these claims on procedural technicalities, and make it easier to apply new rules that emerge from these cases to people who were wrongfully imprisoned before those rules came into effect.”

She said she will reduce mandatory minimums, writing, “The 1994 crime bill’s mandatory minimums and ‘truth-in-sentencing’ provisions that require offenders to serve the vast majority of their sentences have not proven effective. Congress should reduce or eliminate these provisions, giving judges more flexibility in sentencing decisions, with the goal of reducing incarceration to mid-1990s levels.”

She also calls for the end of the death penalty and broader use of the pardon and clemency powers to right systemic injustices.

She calls for improving the conditions in prison which are often understaffed and overcrowded, “making them dangerous for both inmates and corrections officers.”

She wants to ensure that incarceration meets basic human rights standards arguing, “From inadequate health care to dangerous overcrowding, today our prison system is not meeting the government’s basic responsibility to keep the people in its care safe.”

She also calls for expanding mental health and addiction treatment while investing in programs that facilitate rehabilitation.

Like many others, she calls for the elimination of private prisons.  She writes: “I have called to eliminate private prisons that make millions off the backs of incarcerated people. We should also end all-foreign or ‘criminal alien requirement’ facilities, which are reported to have higher negative outcomes.”

Elizabeth Warren makes a very important point as well: “The federal government oversees just 12% of the incarcerated population and only a small percentage of law enforcement and the overall criminal legal system.”

She writes: “To achieve real criminal justice reform on a national scale, we must move the decisions of states and local governments as well.”