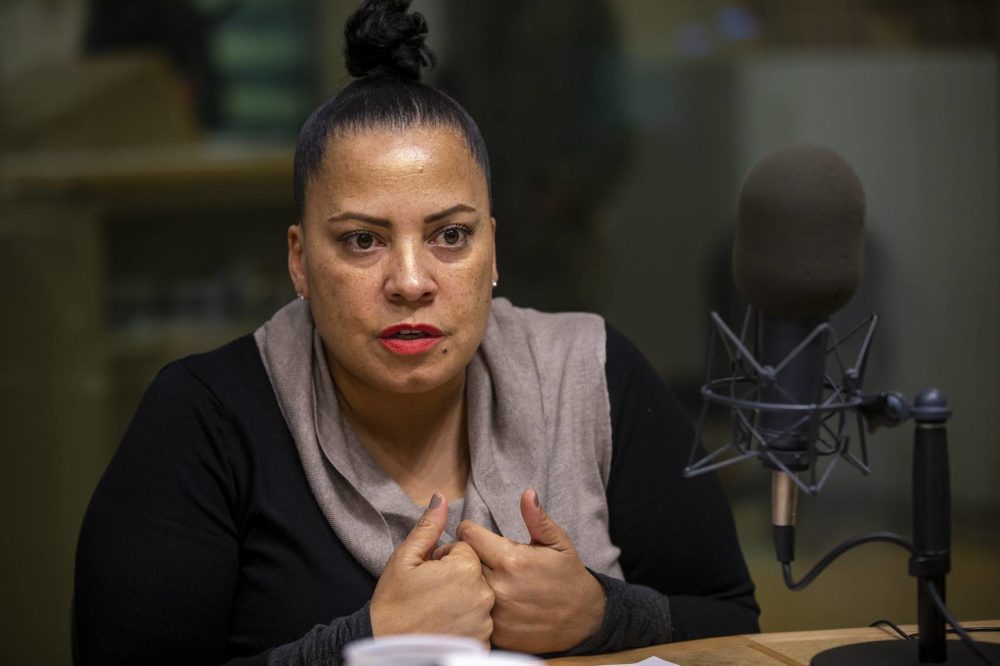 For time immemorial, we have been told that our communities are safer with each criminal that our local law enforcement locks up—often for low-level offenses like drug possession, shoplifting, or loitering.

The problem with this narrative is that it’s largely false, predicated on a pervasive and pernicious myth known as “broken windows” theory. It’s an anecdotal, fact-free approach perpetuated by an old guard in law enforcement who use fear to justify actions that, rather than increasing public safety, end up creating and reifying divisions in our communities.  This approach is not the answer: “Broken windows” is, and has always been, broken.

I am a prosecutor who ran for office to challenge this and other myths, and the people who have wielded them for way too long. I have seen firsthand the devastating effect that violence and mass incarceration have on families and communities, especially those of color, and I promised voters that I would bring transformational change to the criminal justice system.

This change has included a reinvestment strategy within my office to utilize our limited resources to focus on violent crime and homicides, both solved and unsolved. It includes an unprecedented community engagement effort that works collaboratively with external partners, including the public school system and law enforcement, to address the root causes of criminal behavior. My challenge—our challenge—must be overcome collaboratively. And I will use my position and office with great intention and passion. Our work is urgent.

And I am working with urgency to fulfill those promises I made to the community. For example, my office has moved away from cash bail and sharply decreased use of pretrial detention. We have published a list of 15 offenses, such as drug possession and driving without a valid license, for which even if the police make an arrest, the office will generally decline to prosecute the case criminally—often seeking restitution, treatment, or consequences other than incarceration instead. And I am not alone. There is a strong and growing movement to elect prosecutors and sheriffs across the country who are willing to make these bold changes.

In Suffolk County, our primary law enforcement partner, the Boston Police Department, has achieved nearly historical lows in arrests while also reducing crime. These simultaneous accomplishments speak to the department’s commitment to policies that prioritize the well-being of the communities they serve. And our county’s elected sheriff has implemented promising treatment and rehabilitation programs at our jail and house of corrections—programs that pick up the pieces where our public health and education systems and every other safety net have failed.  But even the successes we’ve seen in Boston still present opportunities for new approaches to criminal justice.

The issues that I speak of are larger than any single jurisdiction.  Mass incarceration is not just a set of local or national policy choices; it is a style of politics that prosecutors like me are seeking to disrupt. Unsurprisingly, the old guard and their powerful political allies are fighting back—often with the assistance of an unquestioning or sensationalist media—to preserve the

decades-old structures of power and privilege that benefit them.

In Chicago, when State’s Attorney Kim Foxx announced that her office would no longer charge shoplifting cases involving under $1,000 as felonies, Kevin Graham, the head of the city’s Fraternal Order of Police, attacked her publicly, saying: “We need to have a prosecutor who is going to charge people when they commit a crime. If there’s no charges and nobody goes to jail, then obviously the law doesn’t mean anything.”

In Baltimore, after State’s Attorney Marilyn Mosby announced that her office would no longer prosecute marijuana possession offenses, Gary Tuggle, the interim police commissioner at that time, instructed his officers to continue making arrests and explained that he felt marijuana possession drives violent crime.

I’ve felt this pushback at home, too. Michael Leary, president of the Boston Police Patrolmen’s Association (BPPA), recently said, without any evidence, that as a result of prosecutorial reforms, “Crime will go up. Shootings will occur.”

The data has not borne this out. In fact, the Boston Police Department’s own data shows that, so far in 2019, serious crime in the city is down by approximately 8 percent compared with the same period last year.

The old guard insists that criminal justice is a zero sum game, as if remedying systemic injustices, including racial and economic unfairness, requires a corresponding decrease in public safety.  For example, Art Acevedo, the Houston police chief who also leads the Major Cities Chiefs Association, accused prosecutors like us of “going so far that we’re putting the criminal and their interest in front of the victim’s interest.” The hegemony of the old guard relies upon false binaries—pitting efficiency against fairness, safety against justice, supposed heroes against alleged villains.  But make no mistake: This is not a battle between safety and justice; it is a battle between two competing visions of public safety.

Despite the old guard’s view that deprioritizing low-level order-maintenance offenses is an affront to victims, it is their theory of public safety that leaves victims—especially victims of the most serious violent offenses—without recourse. As FBI data shows, roughly 40 percent of the nation’s murders, and over half of sexual assaults, went unsolved in 2017. For example, in Houston, police only cleared 34 percent of violent crimes, including just 51 percent of murders and 39 percent of rapes. In other cities, law enforcement’s failure to address and hold people accountable for the most serious crimes is even more pronounced. In 2017, the Phoenix Police Department cleared 6.7 percent of reported rapes.

In Baltimore, the city has seen almost one killing per day. Meanwhile, homicide clearance rates remain low. As Mosby said when she announced that she would no longer prosecute marijuana possession, “No one who is serious about public safety can honestly say that spending resources to jail people for marijuana use is a smart way to use our limited time and money. … If you ask that mom whose son was killed where she would rather us spend our time and our attention—on solving that murder, or prosecuting marijuana laws—it’s a no-brainer.”

Like Mosby, I believe in prioritizing the offenses that cause serious physical harm or death rather than misspending our limited resources on low-level offenses. Murders, shootings, and sexual assaults should be our highest priority; offenses like drug possession, loitering, and driving on a suspended license should not.

I also believe that incarceration should be a tool of last resort. Often people commit low-level offenses because they are struggling with mental illness, housing and food insecurity, poverty, or substance use disorder. These people need treatment, a helping hand, and stability in their lives. Jails provide none of these things. Jails separate families; cause people to lose their homes and jobs; and confine people to dehumanizing, violent, and chaotic spaces. Jails provide little in the way of meaningful treatment and rehabilitation. They further traumatize already traumatized people. They make people worse rather than better. That means people often leave incarceration less stable and more likely to re-engage in criminal activity. The better approach for most offenses is to provide people with treatment and other services when necessary, and to hold people accountable while keeping them in our communities, through community service, restitution, and restorative justice programs.

The old guard depicts our efforts to move past their decades-long obsession with hyper-enforcement and harsh prosecution for even low-level offenses like marijuana possession as “soft on crime” and a threat to public safety. But nothing is softer on crime, or more dangerous, than their failure to address violent crime. Prioritizing violent crime and funneling resources to prevention and intervention programs isn’t just the right thing to do; it’s the smart thing to do. The most effective way to address most problematic behaviors is to treat people humanely and help them to heal, while devoting our resources to identifying and holding accountable the people who commit serious violent offenses and too often face no consequences at all. That’s what will make us all safer.

Rachael Rollins was elected district attorney of Suffolk County, Massachusetts, in November on a platform that promised various progressive reforms, including a pledge not to prosecute various low-level offenses. Article originally published in the Appeal.