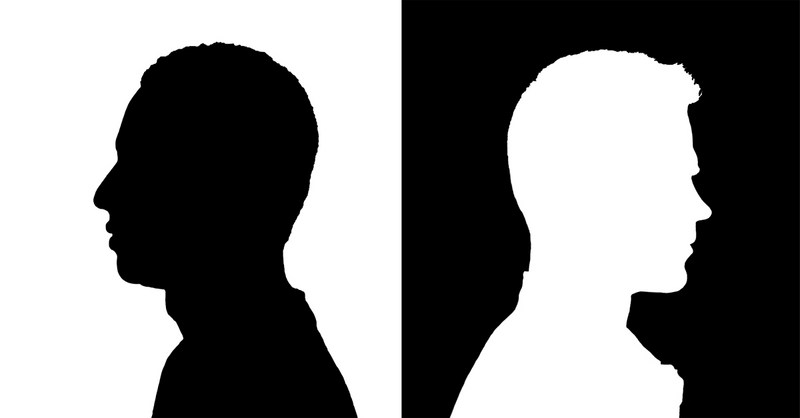 For years, I heard complaints from people of color, both seeing it on surveys and hearing it anecdotally – an African American football player who interned for the Vanguard several years ago once told me that he and his friends were stopped by police so often that after a while they simply stopped driving into town.

When we held the “Breaking the Silence of Racism” event in 2012, we had a huge outpouring of public comments, and one of the most notable was from parents of students of mixed race, who found themselves isolated and bullied at school.

There is also the longstanding and pervasive achievement gap at the school district.

When polled recently, the majority of respondents were “satisfied” with “openness and acceptance of the community towards people of diverse backgrounds.”  I was a bit surprised by that result, given the decade and a half of data we had assembled to the contrary.  But perhaps if people of color were polled, their numbers would be quite different than the ones here.

I was always struck by the debate and discussion from 2006 when my wife Cecilia, Jann Murray-Garcia and the Human Relations Commission proposed police oversight and were subjected to, at times, naked racism.

The letter to the Enterprise from the spring of 2006 suggested that they “move to Johannesburg, South Africa,” if they want to complain about racial incidents in Davis.

In 2017, 11 years later, attorney Mark Reichel received a voicemail for his efforts to defend a defendant in the Picnic Day case, in which the caller complained about “how ignorant these stupid (n-word) are.”

And yet, in between, over 80 percent of the community voted for Barack Obama… twice.  While a lot of President Obama’s legacy on race is undoubtedly clouded by the backlash his presidency seemed to

generate, he really became the first president to articulate the problems of African Americans and that they face issues like racial profiling.

“If I had a son, he’d look like Trayvon,” the President put it in one of the more poignant moments of his presidency.

The debate over district elections in Davis has been interesting.  In a lot of ways, it has not been a driving issue in the community.  On Tuesday, there was not a huge number of people at the council meeting.  Two days later, there was basically no one for the school board meeting.   And yet, the issue has kind of dominated community discussion, and the city reports receiving more than 20 emails, Community Interest Forms, and online submittals.

A lot of people have argued that Davis should not fall under the CVRA (California Voting Rights Act) because it lacks, at least in their view, heavy concentrations of people of color – specifically Asians and Hispanics, the two largest protected class subgroups in Davis.  That still isn’t clear.

Personally, I have supported the concept of district elections on the grounds that it (A) lowers the barrier to entry, and (B) makes it more likely that some districts will have higher concentrations of people of color.

I think empowering groups that have been traditionally marginalized is a healthy approach for this community and will improve its governance.  By going to seven districts rather than five, we make it more likely to have disaffected groups who can serve on our council – and that includes not only people of color but also students and renters (there have been, despite some comments, a fair number of renters who have served on the council even over the last 15 years).

But I have also been concerned with some of the comments made on the Vanguard.  In fact, over the years, there has long been pushback on the issue of race.  For many years, I think people, at least white people, have really believed we are moving toward a color-blind society.

The problem with a color-blind approach, in my estimation, is that it blinds people to the legacy of white supremacy and the historical process that led to institutional racism.  In short, I do not believe we can solve the problem of race by ignoring racial differences, but rather by addressing them.

What we have seen over the last five years is the re-emergence of race as the defining issue in American politics.  Really, this was happening before Trump.  The whole push against police shootings and the focus on black victims was one trigger point.  And, ironically, the election of Barack Obama where a lot of people in November 2008 through March 2009 were believing that the election of Obama marked the end of a chapter in American history – the reaction of groups to his election and the ultimate backlash in 2016 with the election of Trump marked the opposite.

In April 2018, the NY Times, reporting on a study in the proceedings of the National Academy of Sciences, found that Trump voters weren’t driven by economic anxiety but rather, “White, Christian and male voters, the study suggests, turned to Mr. Trump because they felt their status was at risk.”

Diana C. Mutz, the author of the study and a political science and communications professor at the University of Pennsylvania, said, “It’s not a threat to their own economic well-being; it’s a threat to their group’s dominance in our country over all.”

There was the PEW Research Poll from earlier this year that found, “Almost half of white Americans say the USA becoming a majority nonwhite nation would ‘weaken American customs and values.’”

The racial voting numbers in this country are powerful, if not overwhelming, other factors.

In 2012, Obama defeated Mitt Romney in a relatively closely contested election. That disproves the RPV (racially polarized voting) theory of politics, right? Not so much. Obama won, despite losing among white voters by a 59-39 margin, in part because he scored huge majorities of Blacks, Hispanics, and even Asians.

Moving to 2016, a big reason why Hillary Clinton lost (aside from just being a bad candidate) is that somewhere between 6.7 million and 9.2 million whites switched from Obama to Trump.

A multi-author study published in the Public Opinion Quarterly found that racial and immigration efforts, not economics, explained the shift in white voting – in other words, this really was about racism.

That study found that the voters who switched to Trump scored highly on measures of racial hostility and xenophobia – and were not especially likely to be suffering economically.

“White voters with racially conservative or anti-immigrant attitudes switched votes to Trump at a higher rate than those with more liberal views on these issues,” the paper’s authors write. “We find little evidence that economic dislocation and marginality were significantly related to vote switching in 2016.”

The research here shows that, in 2016, Clinton won by 80 percent among Blacks and by 36 percent among Hispanics, but lost by 21 percent (around the same margin as Obama) among whites.

Sociologist Robin DeAngelo has coined the phrase “white fragility” to “describe the disbelieving defensiveness that white people exhibit when their ideas about race and racism are challenged—and particularly when they feel implicated in white supremacy.”

The concept fits my experience, but the term is probably not the best idea to describe a group of people that are reflexively defensive every time the issue gets raised.

As she points out, most “white people are sensationally, histrionically bad at discussing racism.”  Their reactions form predictable patterns: “they will insist that they ‘were taught to treat everyone the same,’ that they are ‘color-blind,’ that they ‘don’t care if you are pink, purple, or polka-dotted.’ They will point to friends and family members of color, a history of civil-rights activism, or a more ‘salient’ issue, such as class or gender.”

Once again, if you look at politics there are in fact differences in voting patterns on issues like class, gender, and education level – they are mediated by race.

As I watch the debate on district elections, it becomes evident that groups of people in this community experience the world very differently.  How we bridge that gap is less clear.