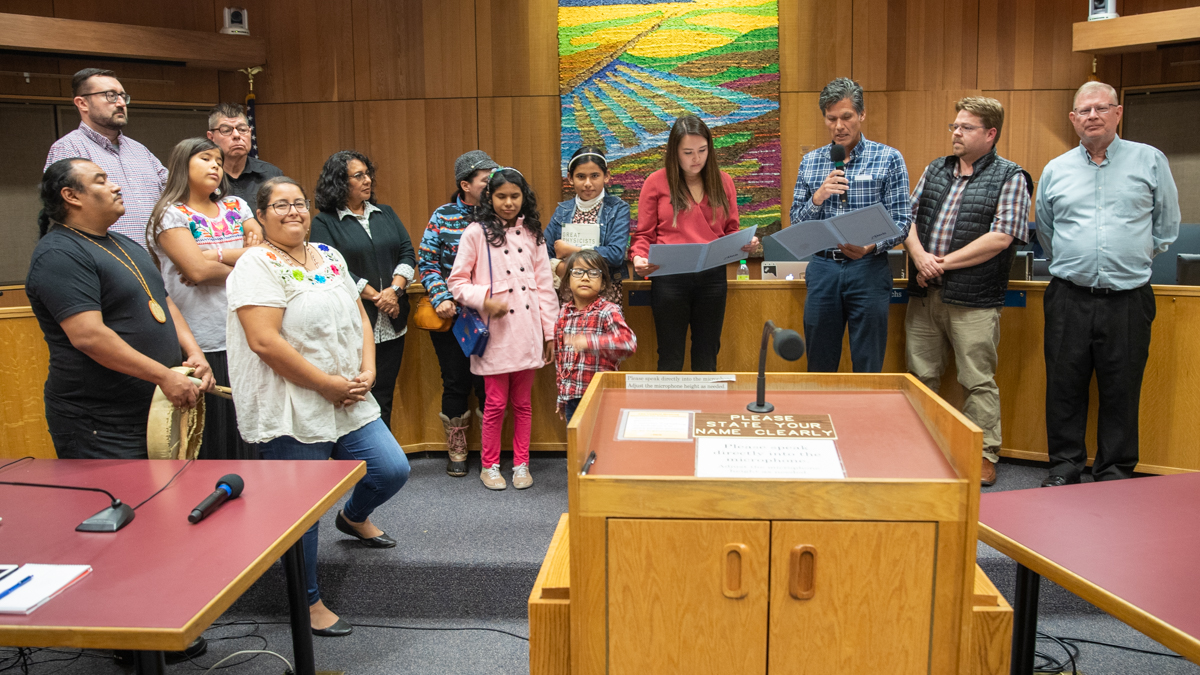 The Davis City Council recognized the month of November as Native American Heritage Month.  As the proclamation noted, the city of Davis was established in 1868, and was “within an area of California that represented the unceded territory of indigenous people known as the Patwin or Southern Wintun.”

The earliest historic written records of the Patwin people “begin with the Spanish mission explorations and registers, and ethno-historic records show the Patwin inhabited the lower hills of the eastern North Coast Ranges to the Sacramento River, and from Princeton south to the San Pablo and Suisun bays.”

However, the Patwin people were forced from their ancestral lands during the 1900s, to rancherias where they currently reside. 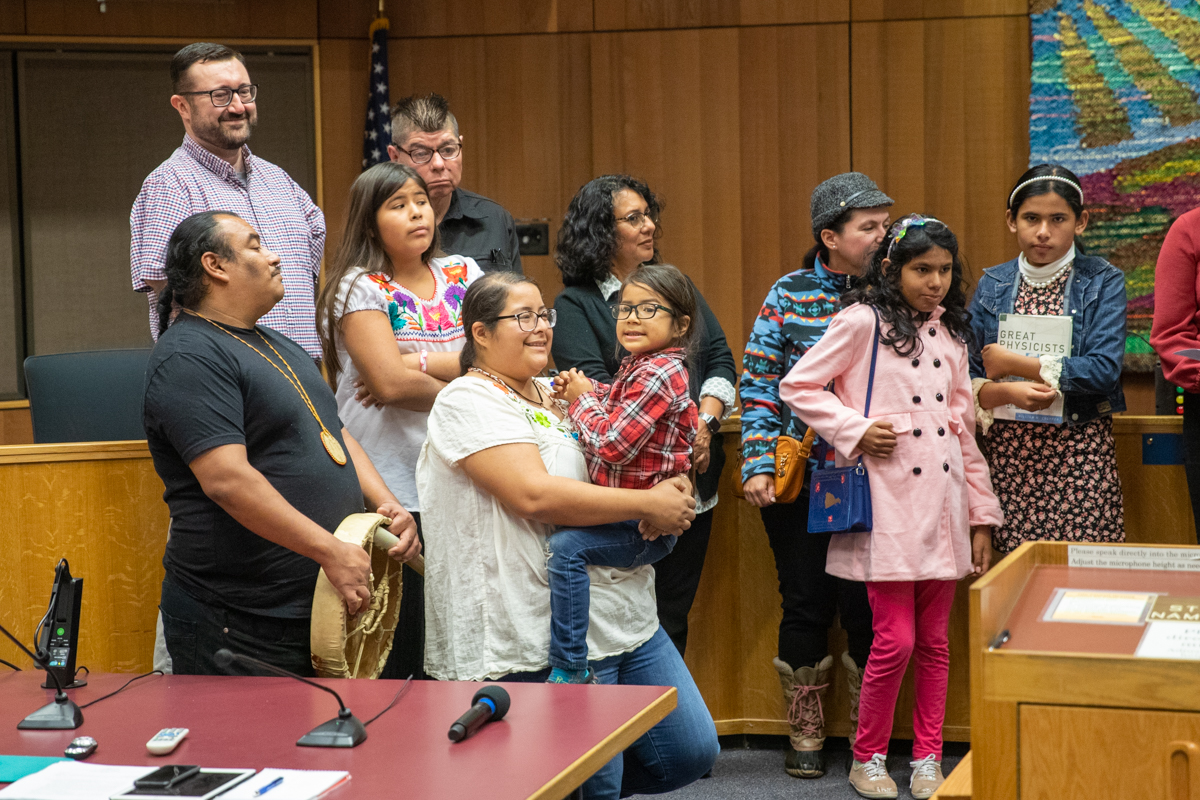 The proclamation notes: “the City of Davis is to be acknowledged as historical Patwin territory, out of respect for the Patwin people as the original stewards of the land upon which Davis has thrived.”

The city will “encourage its citizens to acknowledge and celebrate November as Native American Heritage Month every year to foster education, relationships, and cooperation with Native people while also supporting social and economic opportunities for them within the City of Davis.”

Sabina, accepting the proclamation on behalf of the Yocha Dehe Wintun Nation said, “We are so honored and grateful for this recognition.  We know that it’s important.”

Yocha Dehe Wintun Nation received the proclamation on behalf of the Native families in Davis.  The Native Family Network is a group of parents in Davis with Native youth attending school in the Davis Joint Unified. 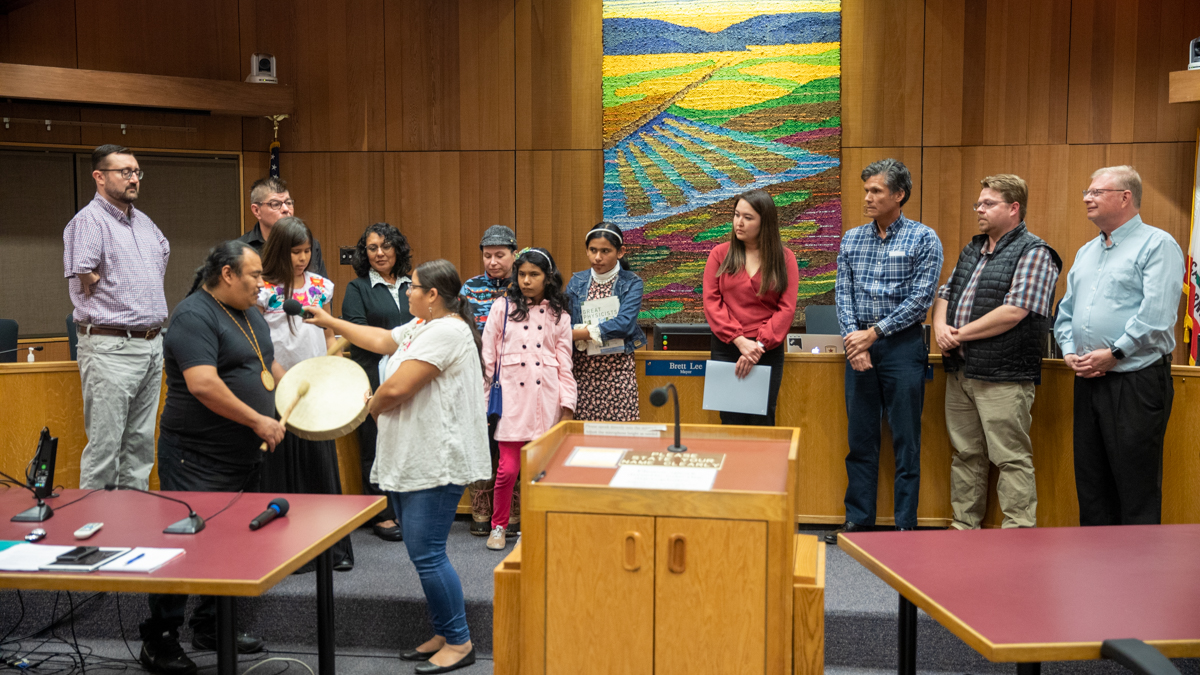 In an email, the group told the Vanguard, “Parents of Native children in Davis are concerned with the way that Native American history is addressed within the schools and are working towards an inclusive and historically accurate  narrative when it comes to topics in school curriculum such as gold rush and the CA missions.”

Last year, there were presentation made at Montgomery for teachers, that discussed “the psychological impact of the CA Mission Project and how hurtful it is to our kids for schools to be presenting Columbus as a benign “explorer” when he was in fact banned from the Caribbean islands for the atrocities he committed against the indigenous people there.”

Parents in the group are continuing to work on issues that direct impact Native youth at DJUSD. 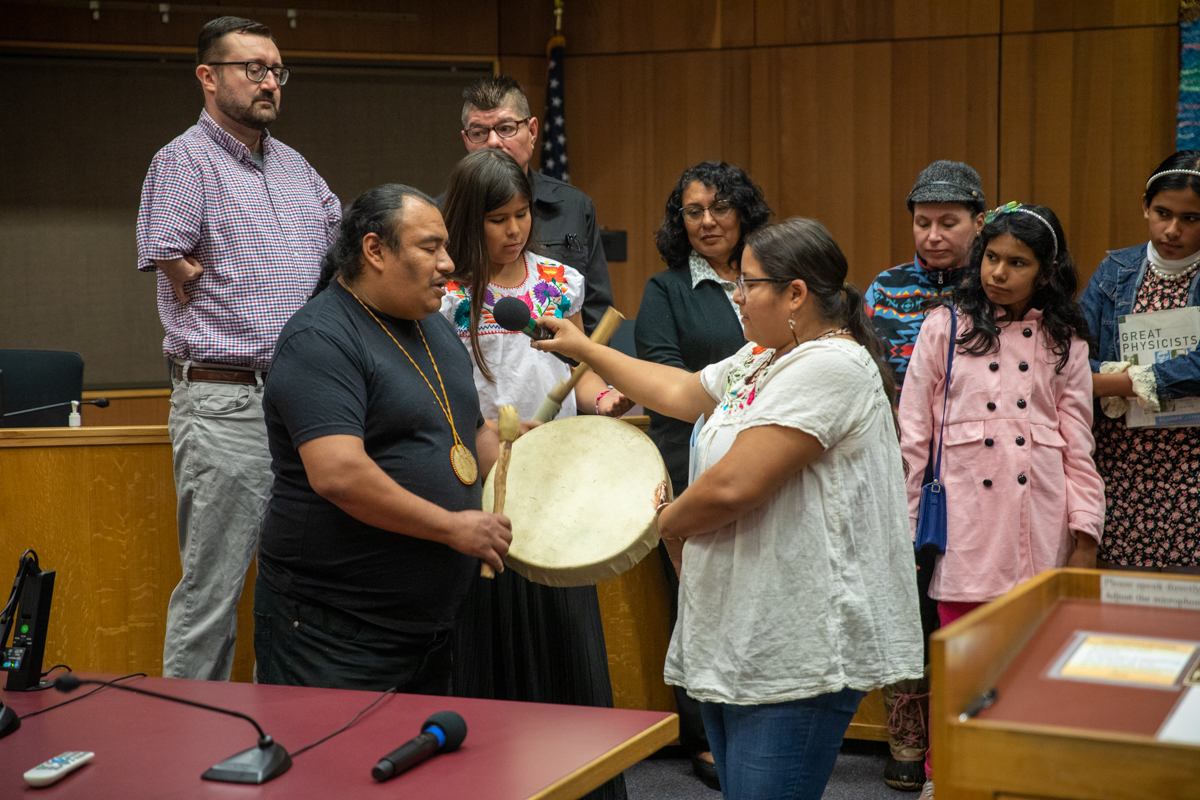 They are working to push for ethnic studies as well as working towards a Title VI federal grant for federally-recognized native youth in the district.

With a grant received, they are hoping to “bring culturally relevant programs into the school district specifically for our youth.”

“Last Month we had an honoring by the City of Davis to replace Columbus Day with Indigenous People’s Day on the second Monday of October, joining over 100 cities across the nation to do so, including Washington D.C,” they wrote.

They view this as an historic moment for Davis.