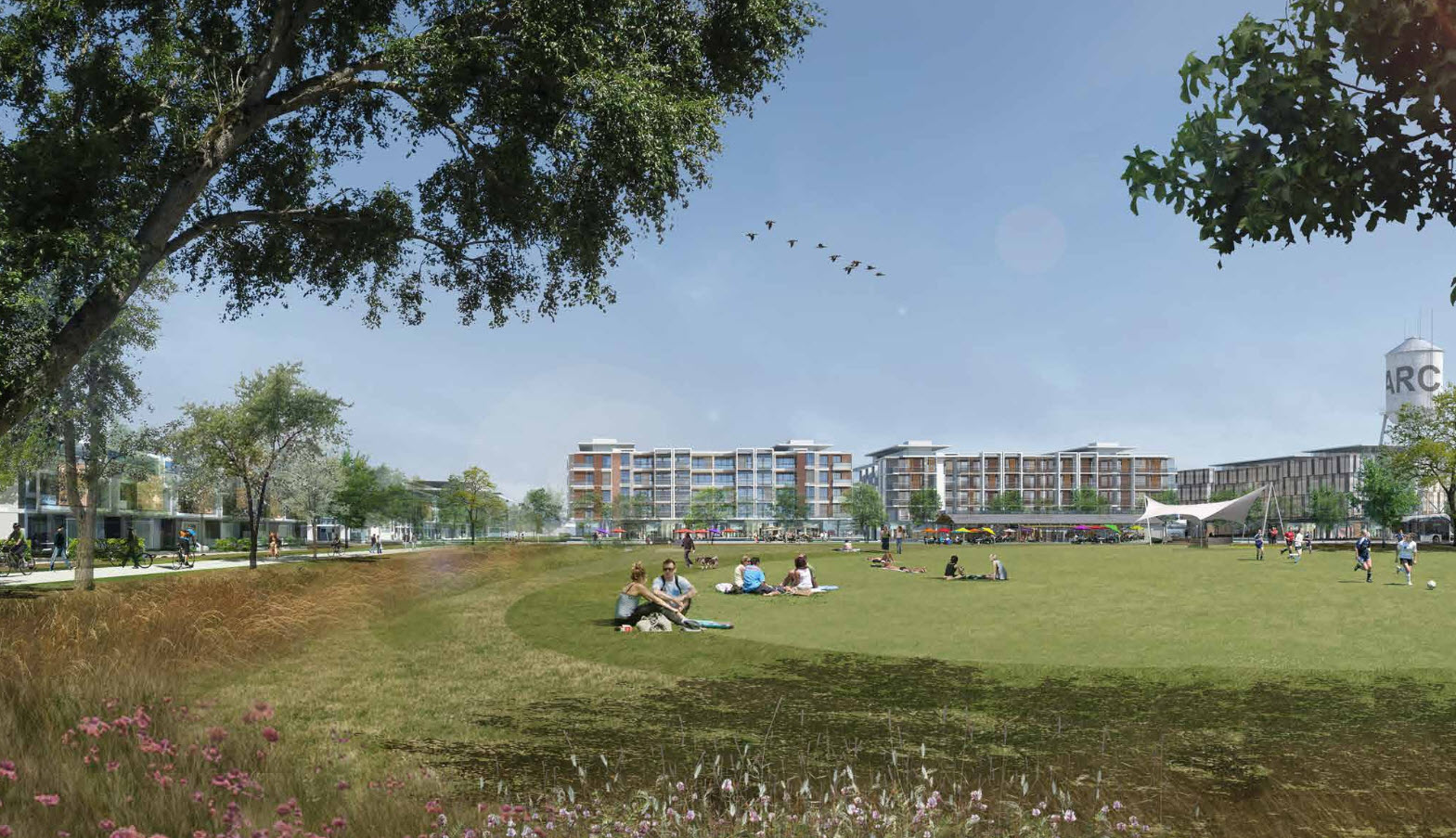 Last week the Social Services commission got to hear about the plan for affordable housing at ARC – perhaps less of a plan and more of a vague roadmap to a plan.  I remain a strong supporter of the project – at least in concept – but I worry that the voters of Davis are going to demand a lot more in the way of specificity in affordable housing than they are getting.

The Social Services Commission did make one important modification to the plan.  The applicant was asking the commission and the city to lock in the current Affordable Housing regulations in – this way they would have certainty when future designs for housing came forward and had to be approved by the city.

The commission itself was really divided on this, ultimately voting 4-3 to oppose the staff recommendation.

The concern was probably best articulated by Commissioner Don Kalman.  He told his fellow commissioners, “One concern that I have is that currently I view our current ordinance for affordable housing as very weak.”

New Commissioner Kurt Snipes agreed, “I’ve come to feel that 15 percent isn’t enough and the amount of money the city is getting in lieu fees is not enough.”   He added, “I’m very uncomfortable locking in something that I’m not even convinced is what we need now.”

All things being equal I would agree.  The problem is that costs are such, getting a project to pencil out at even 15 percent has become a challenge.  There doesn’t seem to be enough recognition

that the previous 35% was based on a world in which the state was kicking in huge amounts of money to subsidize the projects through redevelopment.

Mayor Brett Lee explained that redevelopment was where the state made available pretty sizable proportion of the funds that went to affordable housing.

“Unfortunately, roughly in 2012.. the redevelopment funds were taking away.  What used to be there to supplement our fairly aggressive and robust affordable housing ordinance… those matching funds from the state disappeared,” the Mayor said.  “Based upon the assumptions that the consultants have used, affordable housing is very difficult to provide at all at 15 percent, let alone at  35 percent.”

Thus in a post-RDA world, it seems hard to mandate more than 15 percent and in fact, the state is increasingly leery about going above 15 percent with requirements.

Brett Lee explained that in order to go above 15 percent, the city would be required to explain in great detail their justification.  The problem as he explained, “have a high requirement means nothing got built” and he used the Merin County example of many communities that used the high measure to insure that nothing actually got built.

But what happens if the state implements a new tax increment for creating redevelopment or at least affordable housing?  Given that some of the housing here might not be proposed or built for at least a decade, the Social Services’ commission had a good solution to the uncertainty – the project would be required to adhere to the Affordable Housing Ordinance  at the time when the housing projects inside ARC are proposed rather than at the time of approval by the voters – if it is approved by the voters.

Still I think even this probably does not go far enough.

First of all, the idea by the commission should become the guide for the city.  The city can probably justify the 15 percent requirement now – at a time when building costs are sky high and the state has abandoned redevelopment.  But that is subject to change.  Why not put into the interim ordinance a clause that requires affordable housing that is not built to reconsider their size and ratios if redevelopment or the increment tax comes back?

As far as ARC is concerned, the project needs to do more than it has on affordable housing.

Several points here are in order.

First, the voters of Davis have identified affordable housing and the lack thereof as the most important issue facing the city.

Second, the voters in polling have shown strong support for new housing and also the need for economic development.

Third, we saw what happened to Nishi in 2016 when they attempted to avoid on-site affordable housing and instead paid a relatively low in-lieu fee – that became a huge part of why the project lost even though, they had adhered to not only current city laws on vertical mixed use but state law at that time did not require affordable rental housing.

The applicants here need to keep the lessons of 2016 Nishi in mind – as the project was narrowly defeated despite the rising need for student housing.

The housing crisis is definitely an issue far more in focus today than 2016, but still, there are some concrete things that the developers can do to better ensure that their project meets the goal of providing more on-site housing for employees of ARC.

As Matt Keasling, who presented for the applicants noted that the housing density is 30 units to the acre.  “Our density range is 15 to 50 units to the acre, so these are a denser type,” he said noting that one-third would be townhomes as for sale and two-thirds as multi-family.

He added, “The type of housing that would be appealing to somebody working at this facility that is looking to have a close proximity to work, probably doesn’t need a car, not a lot of parking, not a lot of yard.”

Second, while the applicants are guarding against the unusual nature of this project, I think they can still do more than they have of specifying the type of affordable housing upfront.

“I know it’s not the story everyone wants in Davis,” Matt Keasling said where they want to hear, that they are building 300 units and to know how they are doing affordable housing.  “That’s not this project.  We’re building 2.6 million square feet of job creating space and with that 850 housing units at 30 units an acre.”

We get it – this is not a traditional housing project.  It is not even really a housing project at all.  Their main job is to build 2.6 million square feet of innovation space and the housing built here will serve that need.

Still, there is one clean way to deliver certainty here and that is to designate an adequate amount of land for affordable housing and then allow a non-profit developer come in and build that housing.  Land is probably one the thing that they have most flexibility on.  Then it’s just a matter of the non-profit developer raising the capital for the housing – but as we have seen, that’s a fairly straight forward process.

Even with uncertainty about the type of market-rate housing, nothing would prevent the developer from setting aside a few acres of land to put affordable housing on it.

If they want to make the case to the public that this is a project that will include housing that the employees of the ARC can afford, this seems like the surest path forward.

37 thoughts on “Monday Morning Thoughts: ARC Can Do More to Assure Voters of Adequate Affordable Housing”