The DJUSD School Board on Thursday received an update on the status of the Ethnic Studies program.  Administration recommended that the board appoint in future meetings an Ethnic Studies Task Force with the purpose of asking how Ethnic Studies can best meet the needs of DJUSD students.

The task force would be comprised of community members who apply through a process.  There will be four meetings through the spring and they will report on the findings and recommendation to the board by June 2020.

Rody Boonchouy, the Associate Superintendent of Instruction, talked about AB 331 and noted that the Ethnic Studies Model Curriculum has experienced quite a bit of controversy.   Among the controversies: which ethnic groups are included, claims of bias in the curriculum, and the inaccessibility of some of the language and the jargon.

As a result, the State Board of Education has decided to do more outreach and is conducting a listening tour.

During public comment, Melissa Moreno expressed “gratitude and appreciation for being willing to take up this topic and listen to the voices of the community.”

Carl Jorgensen, a retired professor at UC Davis, said, “I think it’s really important to provide ethnic studies teacher training so that you have future teachers trained in ethnic studies.”

Jann Murray-Garcia noted that when they started the Race and Social Justice course in 2007, they were told they needed to get 29 students for that course.  One hundred eight signed up.  As a result, during the first three years of the program, Kevin Williams taught three different sections.

“It was quite remarkable to see how much the young people really wanted to engage with this material and with one another – now it’s the most popular option of the US History requirements,” Murray-Garcia said.  “It’s not a mandatory class, not everyone has to take it. “

Cecilia Escamilla-Greenwald said, “The climate now is challenging and somewhat negative for immigrants and diverse people.  When we see these trends nationally they have a trickle-down effect locally for the communities…  The way to address that isn’t to hide, but it’s to talk and address these issues.”

The school board was overwhelmingly supportive of the program going forward.

Tom Adams said he hopes that the district will not fall into some of the traps that the state board fell into with the state guidelines.

“It’s a question of which ones,” he said.  “I don’t want us to say it has to be a certain three, four, or five groups.  I’m hoping we come with a framework that is flexible enough that it can change from year to year based upon student interest.” 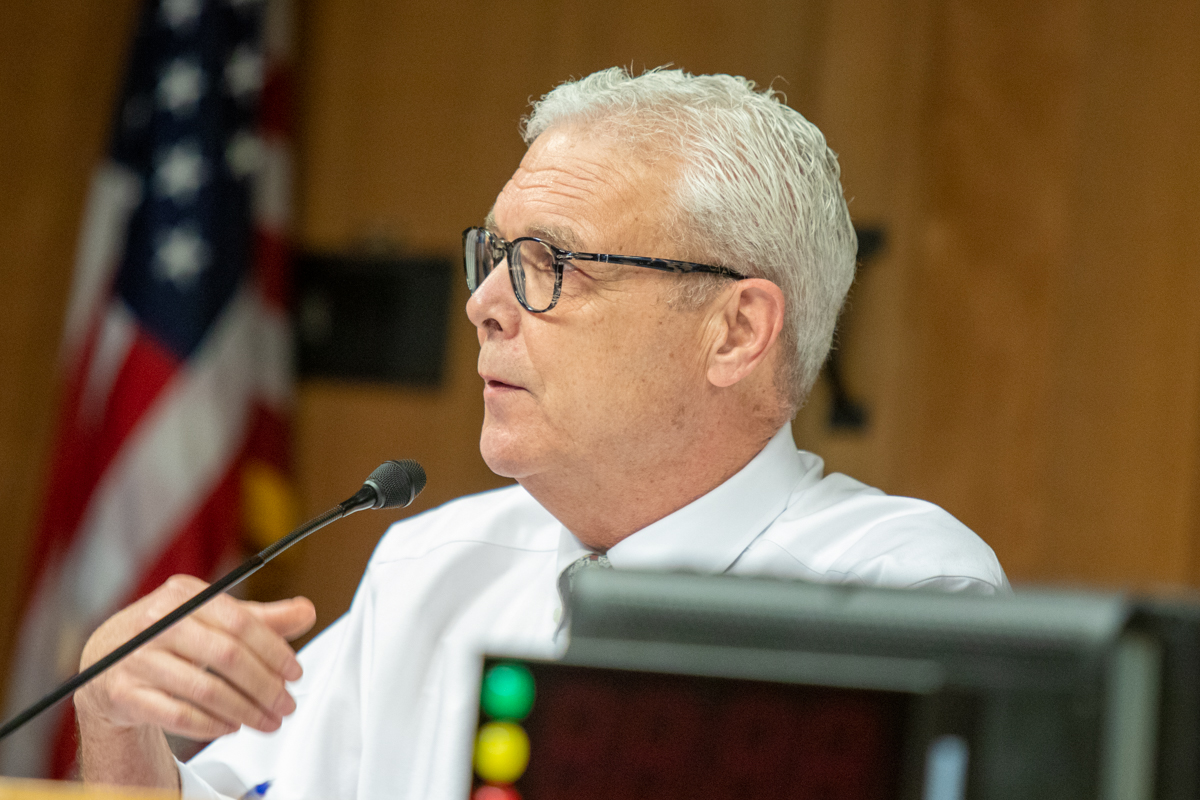 Bob Poppenga said, “Last year we certainly heard in the community about a need for ethnic studies.  At the time we said it’s not a matter of if, but when.  It is now.”

He noted some research that he stumbled on as he was researching this topic.  He read: “Multicultural education should rest on dialogue in which groups that have the most power learn to listen to and collaborate with those who have less power – particularly around educational issues.”

He noted that what people and students from dominant backgrounds think about certain issues and best solutions “are not necessarily the same as what students, parents and community members from non-dominant groups think.”

Dr. Poppenga further added that one of the most valuable lessons for those who are used to being in charge is to “learn to listen to and take seriously those they have learned to dismiss.”

He said, “As an older white male, who had all of the privileges in life, this is something that I think about a lot.”

Board President Cindy Pickett said, “We need to be proactive in terms of ensuring that there’s representation at these meetings – going beyond our usual channels.”

She noted, “There’s the idea of intersectionality.”  She said if you take African American women, “there’s these nuances” in terms of voting behavior and other concerns.  She said it’s important to “have the historic social context” and “here is the developing context” in the 21st century.

She suggested that we need to be really forward thinking in that regard.

Dr. Pickett added, “There’s dynamics of power in the classroom that really do shape what students get from it.  We need to be really mindful of that – who are the voices, who is going to speak up.”

Cody Kodira, the student representative from Davis High, noted that he started the Indian Culture Education club  and he believes that “an emphasis on ethnic studies is an amazing idea.”

He noted that the Race and Social Justice class has been an amazing experience.  He says about his friends, “After taking the class, their perspective and general understand of US history has completely changed.  They’re more aware of the injustices they see.  They’re more aware of how they speak to their friends and how they address certain issues.”

No formal action was taken on Thursday.  The next step going forward will be to create the task force to guide the process.

17 thoughts on “Board Receives Update on Ethnic Studies in Davis”