SAN FRANCISCO – A jury acquitted a woman of charged with vehicular manslaughter at Mission and Ney Streets, an area considered a high risk for injury.

On Feb. 3, 2020, the San Francisco Public Defender’s Office published a press release stating Troylene Trammell, 57, had been acquitted of vehicular manslaughter by a jury. In March 2017, Ms. Trammell had been driving at night with her disabled adult sister in the car when a woman crossed an unregulated crosswalk at Mission and Ney Streets. The pedestrian was taken to a hospital and passed away hours later.

The prosecution argued the incident was the result of negligence, but the jury found it to be a terrible accident.

Surveillance of the incident showed several cars before Ms. Trammell also continuing, despite a pedestrian being in the road. The crosswalk also had low-lighting and no signage or traffic lights. According to the press release, “By the time Ms. Trammell saw the woman, who had almost finished crossing, it was too late.” 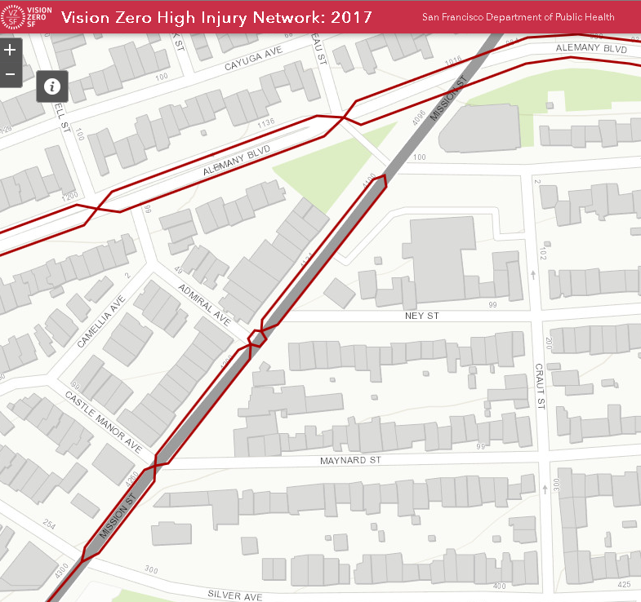 According to the Vision Zero Network, an organization that hopes to eliminate all traffic-related deaths and severe injuries, the crossing of Ney and Mission Streets was located in a high injury risk area. While there was none at the time, signage is now present at the crosswalk.

Deputy Public Defender Seiya Johnson also noted Ms. Trammell’s character as “a pillar of her community in the Bayview.” Ms. Trammell mentored disadvantaged youths and is the primary caretaker for her disabled adult sister who was with her in the car. Ms. Trammell’s son and a close friend also appeared at the trial to testify on her character.

“The jurors were incredibly thoughtful and even presented a note to the judge attached to their verdict, asking if there was anything they could do to make that intersection safer,” said Johnson in the press release. “This was a very emotional case, and there is no happy ending. A woman lost her life and Ms. Trammell’s heart will forever ache for the woman and her family.”