The city has posted the Subsequent EIR (SEIR) on its site, and has begun the 45-day public review period that began on March 13 and will end on April 27, allowing the public to comment on it.

The proposal could go to the Planning Commission and City Council by May to be placed on the ballot for a possible November vote.

Between the worsening conditions on Mace and the expected added traffic now projected at nearly 24 thousand external vehicle trips per day, an area of large concern is the impact on traffic, especially on the Mace overpass.

The SEIR and traffic analysis concludes that, with fairly extensive enhancements, impacts from the project can be reduced.

The SEIR notes that while the MRIC Final EIR “utilized baseline traffic count data collected in October 2014,” traffic counts that were conducted in May and October 2019 “indicate that peak hour traffic volumes on roadways within the vicinity of the project site have increased substantially since that time, particularly during the PM peak hour.”

Therefore, “the baseline traffic conditions that the project would interact with on study area roadways reflect higher levels of traffic volumes and delay than those studied in the Certified Final EIR.”

They also note some changes to the project itself: “Although land uses have not technically changed, several subtle modifications to the project description for the mixed-use alternative analyzed in the MRIC EIR have occurred. This includes differing assumptions regarding the extent to which the project’s housing and retail component complements its other uses, as well as modifications to

For the ARC Project, the EIR notes, “the worst-case intersections were determined to be I-80 WB Ramps/Mace Boulevard during the PM peak hour and I-80 EB Off-Ramp/Chiles Road during the AM peak hour under Cumulative Plus Project Conditions, due to worst LOS, highest delays, and highest volumes.”

They further find that the impact of additional traffic at I-80 and CR 32A interchange would “exacerbate these LOS F conditions and exceed applicable Caltrans LOS thresholds.” 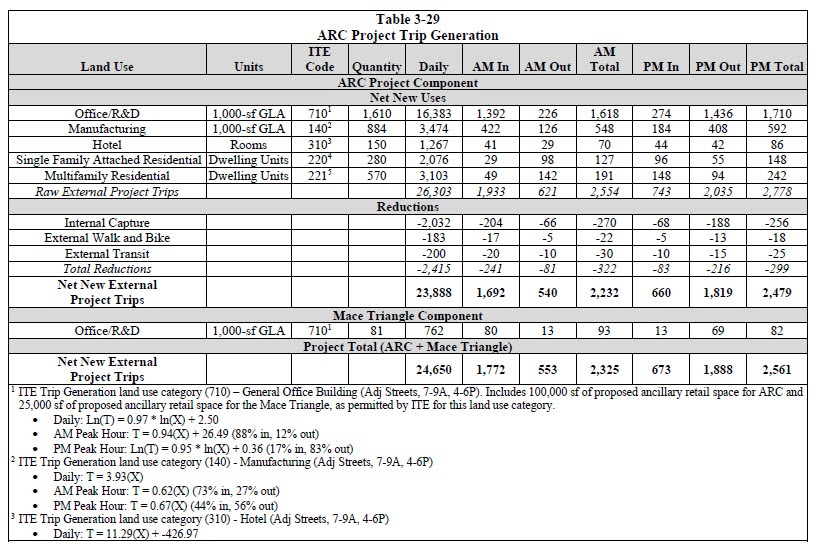 The question is what can be done and they present a number of mitigation measures. 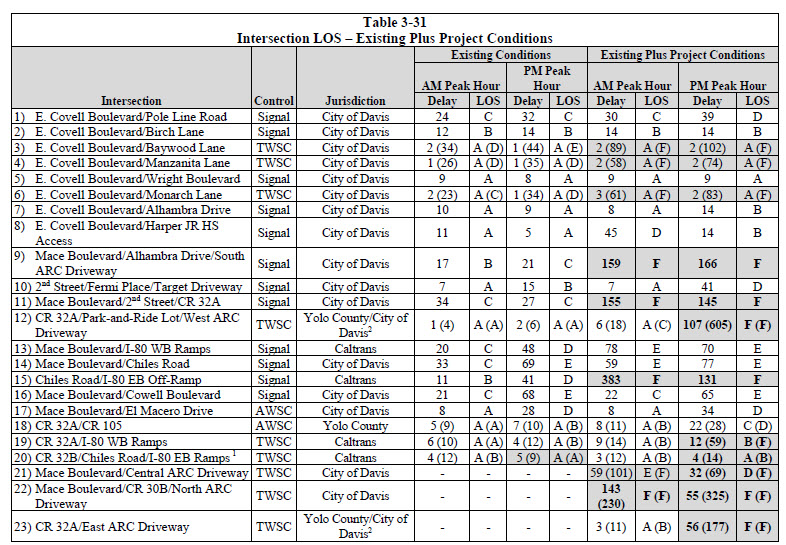 The impacts of the project are thus quite significant.

The SEIR finds: “When the percent demand served drops well below 100 percent, the demand for travel cannot be served within a single hour due to either upstream or downstream bottlenecks. This can lead to ‘peak hour spreading’, which is generally defined as more than one hour of congested, stop-and-go conditions.”

In effect, the project would cause the system-wide percent demand served to decrease from nearly 100 percent under existing conditions to just 82 percent for AM peak hour and 85 percent for PM peak hour.

Most importantly, with such enhancements, “vehicle queues would no longer spill back onto the I-80 mainline with implementation of these enhancements.”

Overall, they concluded, “Background traffic growth will require improvements within this portion of the study area regardless of whether the project is developed.” 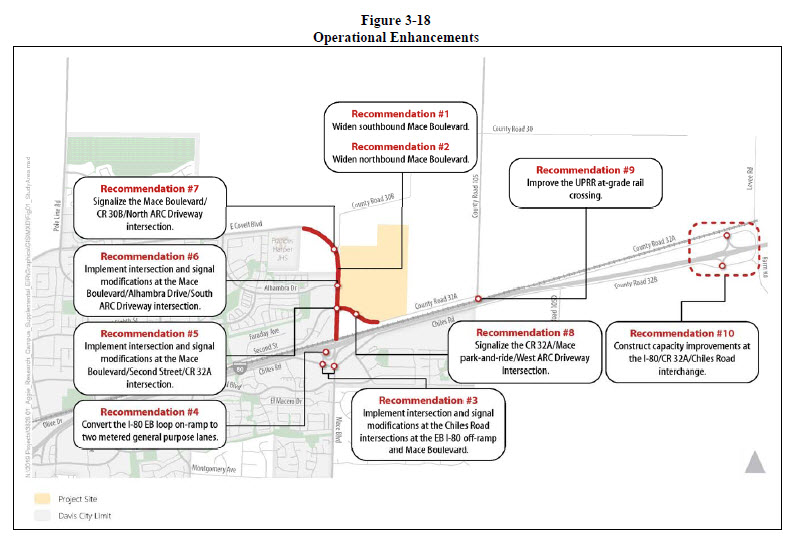 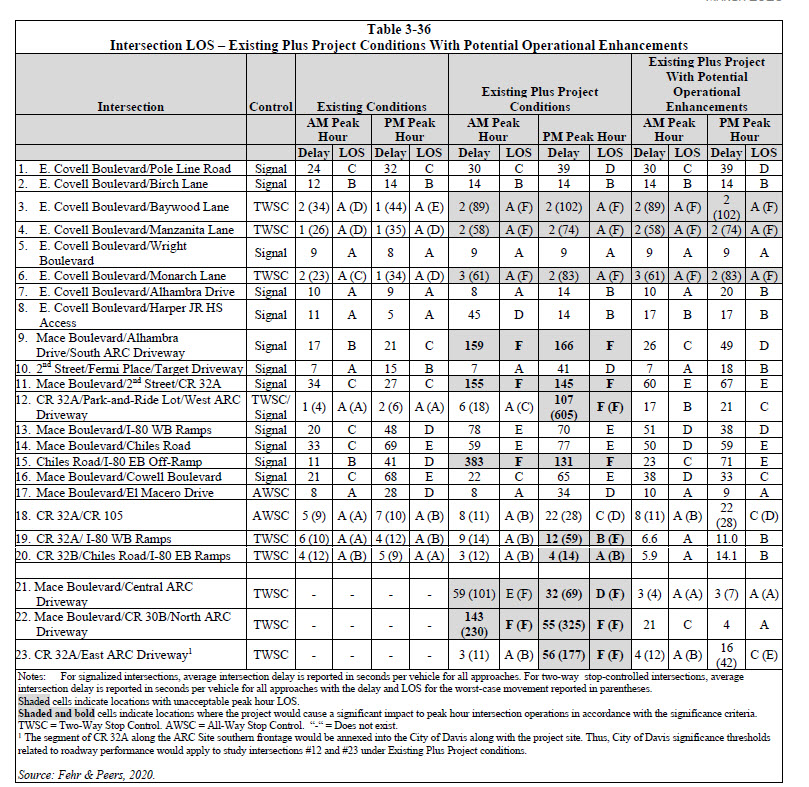 However, they find that the enhancements identified “would serve to improve operations at the impacted facilities under Cumulative Plus Project conditions.”

But they warn: “However, it is important to note that Mitigation Measure 3-70(a) requires the applicant to work in good faith with Caltrans, Yolo County, and the City to identify feasible physical improvements to the roadway network for purposes of improving operational performance.”

These would also require I-80 corridor improvements and improvements of TDM (Transportation demand management) strategies.

13 thoughts on “Traffic Analysis for Aggie Research Campus is Out”