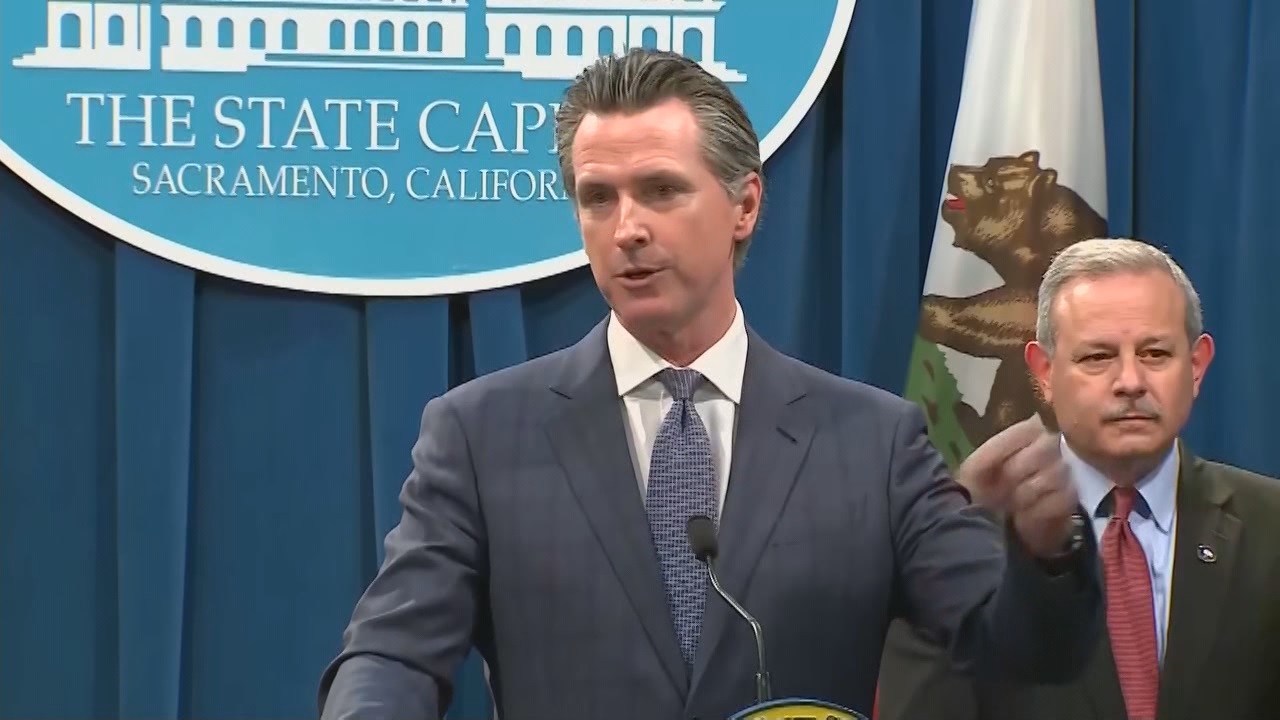 California so far has avoided the fate of Italy, Spain and New York.  Why?  Social distancing and aggressive stay-at-home orders.

Three weeks ago, California counties stunned, really the world, by ordering their citizens to shelter in place.  The Washington Post points out: “Two weeks into stay-at-home orders and business and school closures in the San Francisco Bay area and Washington state, there’s evidence the curve of infections is flattening compared with other U.S. metro areas.”

That is the key to fighting this thing from two key standpoints.  First, because it prevents what is happening in New York, where hospitals are overwhelmed and doctors and medical supplies are in short supply.

Second, it will buy us time to allow for new innovations.

Last week, I was excited about the wide availability of new testing that will show results in five to 15 minutes.  Why?  Because if we know who has the disease, we can quarantine them, and if we know who doesn’t, we can put them back to work.

A new announcement could further that.

Governor Newsom announced that a new immunity test from Stanford could screen and allow people who are immune from the virus to go back to work.

“The testing space has been challenging for us, and I own that,” Governor Newsom said during a news conference. “I have a responsibility as your governor to do more and to better.”

Unlike others, these tests are “serological,” and “could determine whether someone has developed antibodies to the coronavirus. In theory, those who develop immunity may be able to safely interact

with others without catching or spreading it.”

That would be a game changer.

Dr. Charity Dean, assistant director at the California Department of Public Health, said it would be used on Californians in the coming week.

“We’re very excited that this is a California homegrown test,” she said during the news conference.

None of this works without the social distancing component which has allowed us to ward off disaster.

But the overall national picture is concerning.  Most states now have over 1000 cases.  Cases are rising fast in places like Florida, Louisiana and Georgia.

“I don’t understand why that’s not happening,” Dr. Anthony Fauci told the media this week.  “The tension between federally mandated versus states’ rights to do what they want is something I don’t want to get into,” he said. “But if you look at what’s going on in this country, I just don’t understand why we’re not doing that.”

A week ago, somehow, observers were baffled that, despite the missteps by the current administration, President Trump was getting good marks for his handling of the coronavirus outbreak.

At the time, I pointed out that there is actually a lag between events and public opinion surveys—some of that is simply a matter of when people are sampled, and some of it is that it perhaps takes awhile for people to react to changing circumstances.

Two weeks ago was probably the most coherent that the president has been—perhaps in his entire term. That has changed in the last week.

Sure enough, an ABC News poll released Friday found that the numbers have reversed, with 52 percent disapproving of President Trump’s handling of the response compared to 47 approving. That is a reversal of the previous poll which saw 55 percent approve and 43 disapprove.

We need to remember that polls are snapshots of probably a week-old data.  This is a changing and dynamic situation and those polls just can’t keep up.

It’s dangerous to attempt to project things for this president, but he really has two things working against him. One is that the cases are now 258,000 with 6600 deaths, and the other is the 6.6 million who filed jobless claims last week—and the number is expected to get worse next week.

In fairness, while the poorly rolled out response is on the president, the decision by him to continue attacking opposition leaders like Charlie Schumer is on him, while the economy is really not—but remember, he was propped up by a strong economy a month ago and, fault or not, that prop is gone.

I do think the op-ed in the NY York Times on Friday by James Baker, the former legal adviser to the National Security Council, was on point: “The administration has all the authority it needs to produce medical supplies and prepare for a potential vaccine.”

I would put some blame on both parties, but I think the stimulus plan should have focused less on nominal cash disbursements and more about creating temporary jobs to enable people to keep working despite this crisis.

We have short supplies, we are low on medical staff and space, and the government—and specifically the president—has the authority to do something.

As Mr. Baker points out: “This isn’t a passing crisis; we will need more of everything in two months, six months and maybe years.”

And as he points out further: “The federal government has all the authority it needs to close the supply gap, allocate resources among states, and prepare for the production and distribution of the vaccine to come. Until the federal government demonstrates — with statistics, contracts and timelines — that the gap is closed and the vaccine pipeline is ready, we should ask: Why isn’t the government bringing its full arsenal to the fight?”

The president from the start of this crisis has been in denial—and now he is attempting to do damage control when he really needs to just jump in.

A good example of that is NY Governor Andrew Cuomo, who has emerged from this as an ironic hero.

Personally, I think that is overblown. I remember when people lionized Rudy Giuliani during 9/11 when he was proclaimed America’s Mayor. Never mind Abner Louima (the Haitian man brutalized by NYPD) and Guiliani at the time, and watch how Mayor Rudy has played out over the rest of his career.

People are forgetting that one reason why New York is in such bad shape is that Governor Cuomo was not nearly as quick to lock things down as, say, Governor Newsom.

Those urging him to get drafted as President should remember that his record in NY is kind of “meh.” Even now, he’s reversing bail reform in New York and has failed to stop the crisis at Rikers, as we have been covering.

In a biting commentary in New York Magazine: “Governor Cuomo and Mayor de Blasio have each been dangerously slow to let people go free, leaving thousands of vulnerable prisoners to weather the pandemic’s ravages, particularly on Rikers Island, where the rate of infection is seven times that of the city surrounding it.”

But that’s not what people are noticing at the moment. What many are seeing in governors like Newsom and Cuomo is the semblance of leadership and empathy completely missing from the president.

Friday’s big roll-out is a great example of how to step on the message. Trump rolls out new recommendations on using masks in public, but then emphasizes that he won’t be wearing one.

17 thoughts on “Sunday Commentary: California Has Led the Way on the Response to COVID-19”