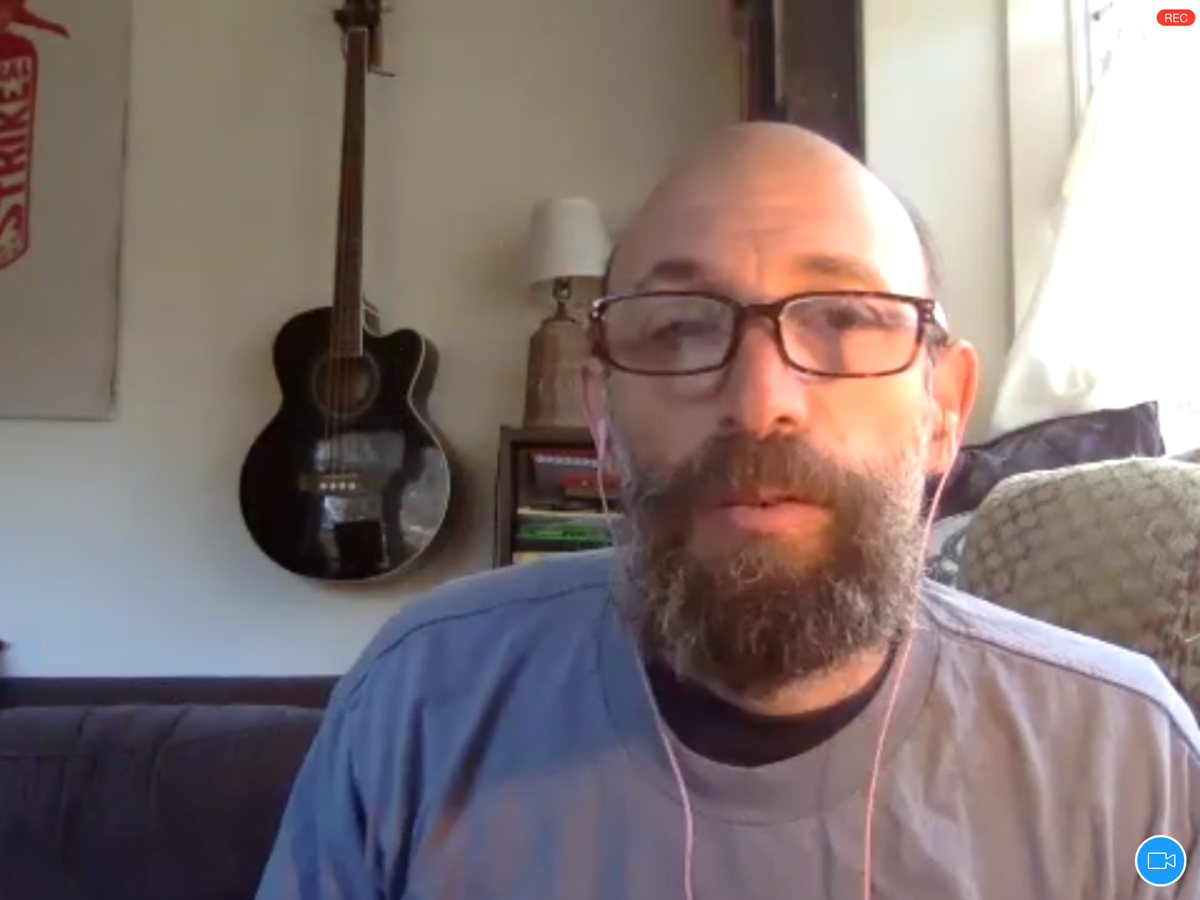 COVID-19 has changed the way education is being taught right now—but across the University of California, lecturers are now complaining that UC is failing to support them in their efforts to engage in distance learning.

According to a release, UC administration recently acknowledged that lecturers, who teach over 30 percent of student credit hours, are crucial to the continued function of the university.

However, according to a press conference on Friday, while UC has announced a moratorium on spring layoffs for career employees, contingent teaching faculty hired on short-term, part-time contracts remain at risk of losing their jobs.

UC management claims that the “delivery of instruction is an essential university service” but has not acknowledged the enormous challenges lecturers face from the virus.

The release adds, “With the health risks associated with COVID-19 and the sudden transition to online teaching, the precariousness of teaching faculty positions and livelihoods has become

Complaints include “a vast increase in uncompensated work to redesign courses to bring them online.”  Further, “Many live in fear of mass layoffs and loss of health insurance in the coming months. UC-AFT, the union that represents UC lecturers and librarians, has been bargaining over the effects of the virus on their members, but the UC has thus far refused to take job insecurity and health and safety seriously.”

He noted that the university acknowledged that teaching is the most important thing.  “It’s what is left when the university does its core thing,” he said.  “But they’re not giving us the support to make it happen.” 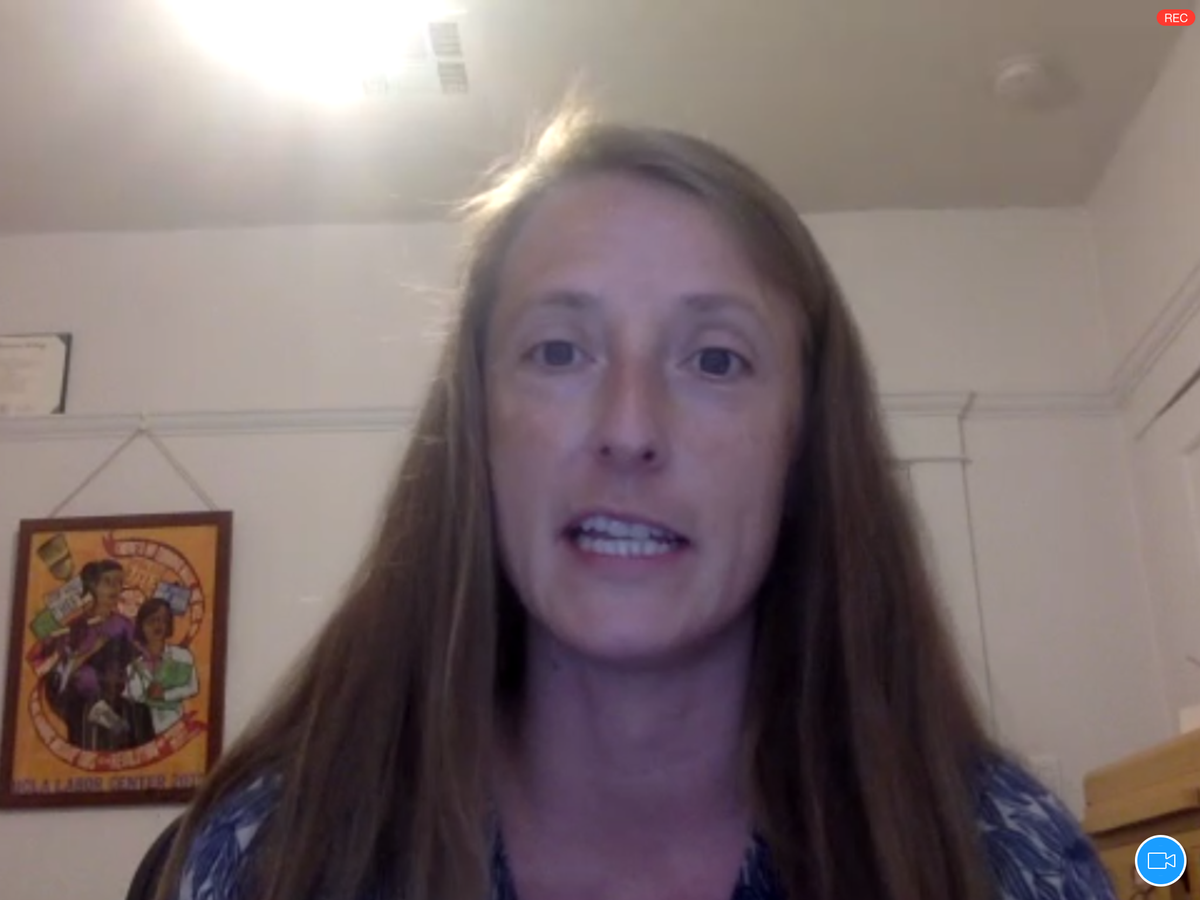 Mia McIver, a lecturer in writing at UCLA, noted that UC-AFT (University Council-American Federation of Teachers) is a union that represents lecturers and many others in the UC system—these are contingent workers on low-wage, short-term and part-time contracts.

“We are the front-line educators who are primarily responsible for teaching and developing mentor relationships with UC students,” she said.  “We love our work and are extraordinarily happy to be teaching now in the wake of massive unemployment across our state and our nation.”

They believe that UC could be doing far more to make sure that the students are receiving the best possible education during this time.

She said they have been bargaining with UC management for the last month and their message is: “The responsibility to continue to teach is yours alone as individuals.  You are on your own.”

“UC management is communicating that they are not interested in protecting our health and safety,” she said.  Part of the complaint is that UC is not providing lecturers with the supplies that are needed to successfully teach from home.  “UCOP’s position is that since we can still teach on campus, they are not obligated to provide adequate equipment.”

She argued that the idea that “we can still teach on campus is absurd.  Many of us don’t have offices on campus.  Buildings are locked.”

Moreover, she said, “teaching faculty in high risk groups cannot travel to campus without exposing themselves to risk of infection.” 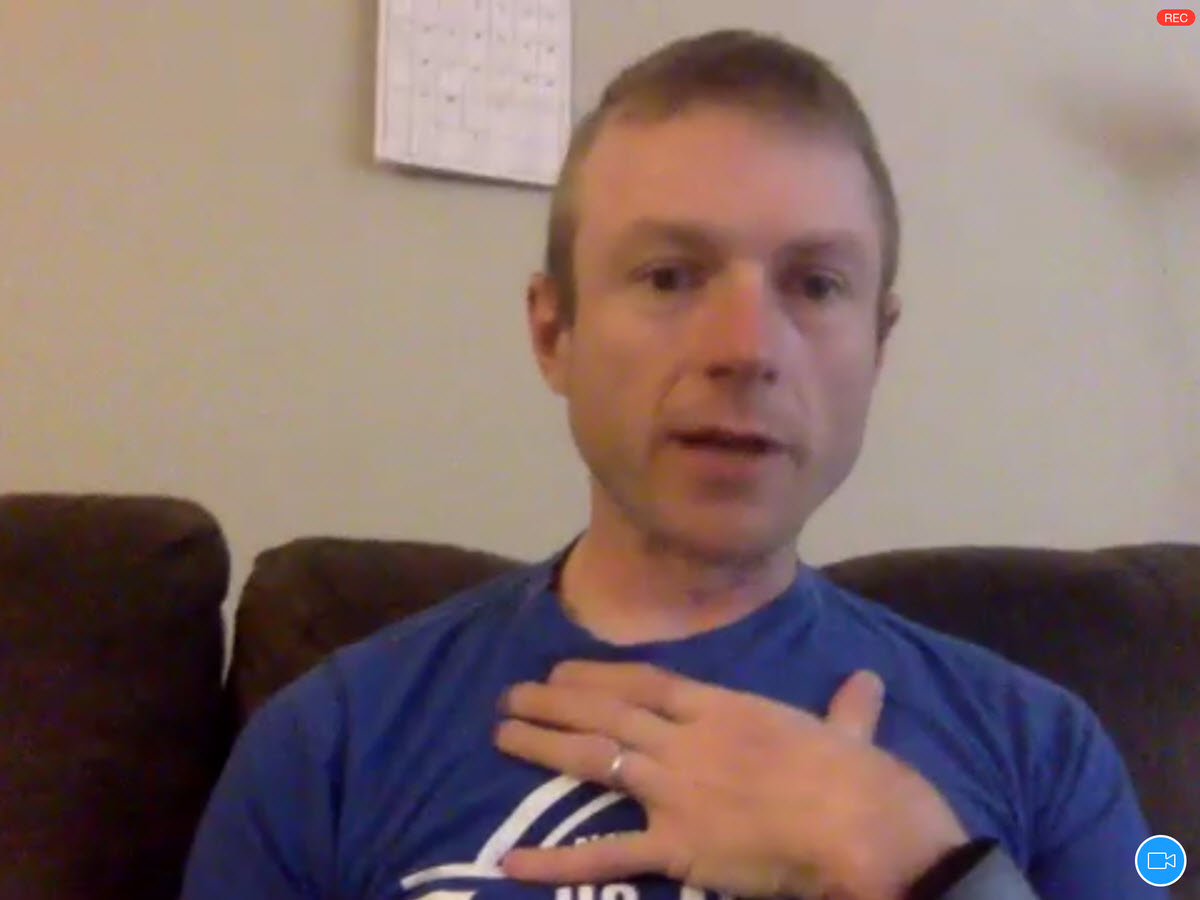 John Branstetter, a lecturer in Political Science at UCLA, noted that there is a great uncertainty among lecturers about whether they will have a job or health care in another few months.

He pointed out while there is a no-layoff pledge until June 30, he said for “people like me who make up much of the contingent faculty, that pledge really doesn’t mean anything.”

He says his last paycheck will be June 1 and he loses his health insurance on June 30.

“UC hasn’t made any effort at all to extend my contract at least through the summer, so I can count on having health coverage during this crazy time,” he said, and they have made no commitment on whether he would have a job for next fall and he probably won’t know at all “until probably the end of May.”

“I’m trying to teach classes and do a great job for my students, but I have this economic worry hanging over my head,” he said. 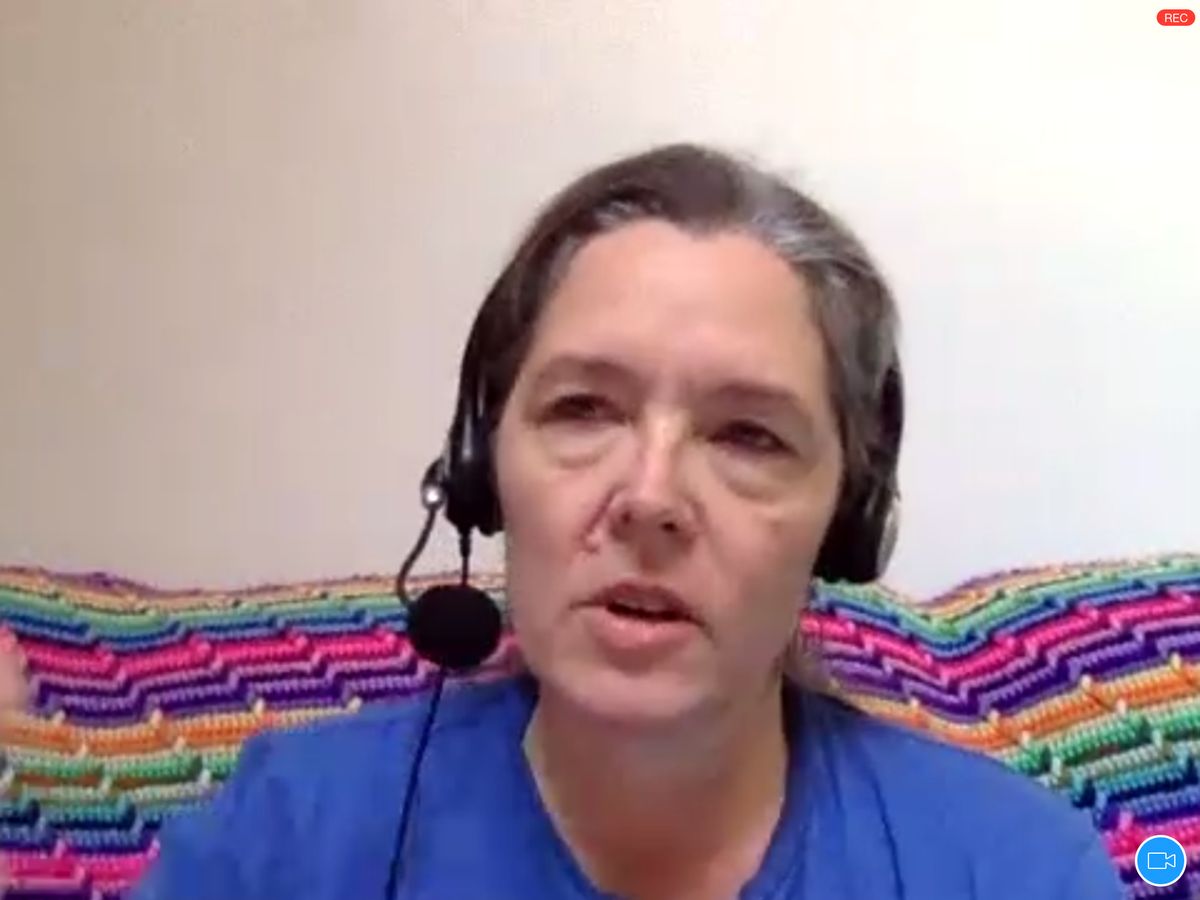 What she noted “is just how much work it is to engage students in an online platform.”

She said that this is really what we love, but “right now our students are someplace, out there, and to really engage them we know takes a lot of work.”

She called this “extremely work intensive” and that most people believe “it takes three times as much work” to engage students in this kind of environment as opposed to the normal classroom.

“To switch to these online platforms, we all have to launch these in person classes to remote platforms,” she said.  Under normal conditions, to teach such a course, the university would give the instructor a full quarter just to prep the course.  Now they have to roll that into their first weeks of this quarter “and it’s going to be on-going.” 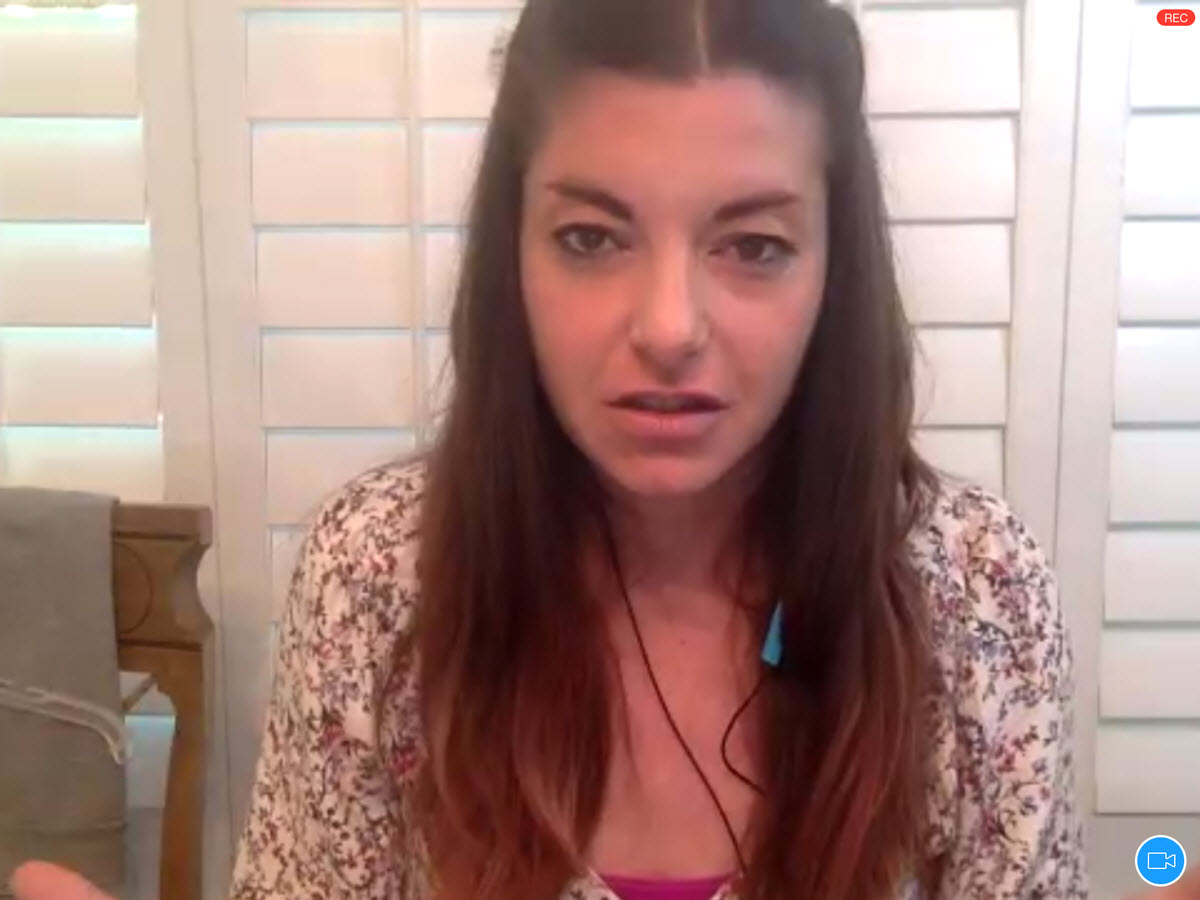 Alison Black is a lecturer in education studies at UC San Diego.  As a fourth year lecturer, she also feels the economic uncertainty.

She spoke to the challenges as a parent.  She noted that she just read a piece in Medium, “The Parents are not Okay.”

“These times just make us feel real alone even though we know everyone else is going through this too,” she said.  She noted that 16 days of paid leave may well be helpful for other employment circumstances, “but they’re not super-useful for instructing a course, which the work continues 24 hours rolling no matter what.

“It’s been a huge struggle,” she said.  “It’s incredibly anxiety provoking just for the fear of how this is affecting our children.”

“The work-life balance is always incredibly burdensome,” she said.  “Now I have additional fears, anxieties and struggles.”

There also problems with arranging for safe space and materials. 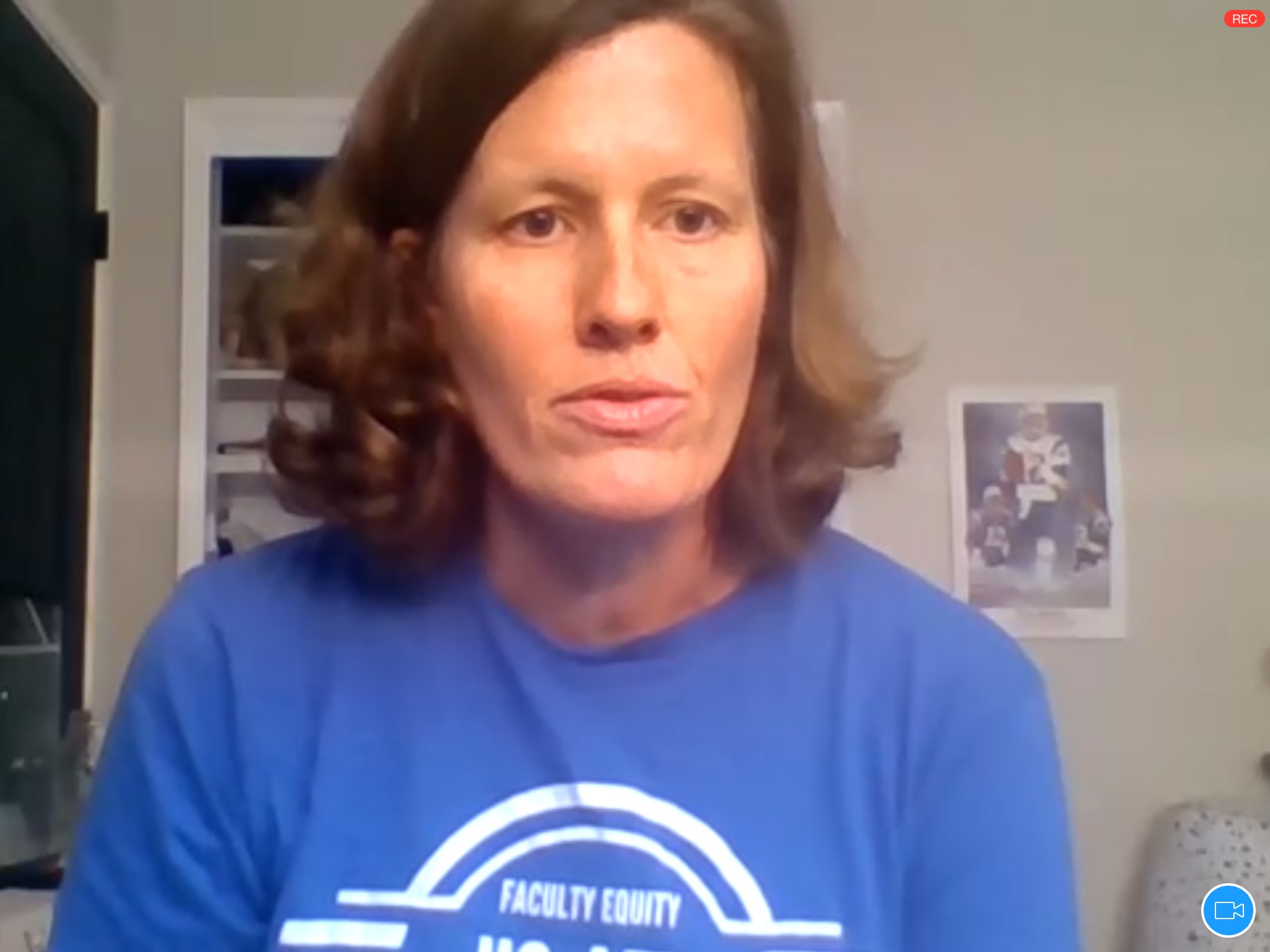 Katie Rodger at the University Writing Program at UC Davis said that she was in part filling in for a colleague in her department, who is ill and unable to participate.

“The university’s response to date has been inadequate,” she said.

In her department, there are 60 lecturers trying to teach writing and people who are “desperately trying to stay healthy.”

A lecturer a few weeks ago asked the chair what to do if his apartment wi-fi doesn’t support synchronous teaching through Zoom or even uploading videos onto campus wi-fi for students to watch.

“The department asked the Dean’s office, and the Dean’s office said, ‘good news, you are now deemed essential and therefore can break the shelter in place orders and go to campus and use your office,’” she said.

The problem—some people don’t have offices.  Some people have children at home and can’t just take them with them.

“Some of us have pre-existing health concerns,” she said, and the idea of risking health and lives to use the university space where there have been confirmed cases “is not something that sounds particularly attractive.

“It seems somewhat ludicrous that a university like this, with the resources it has, cannot do better,” she said.

The press release shared the story of Jillian Azevedo, a lecturer at UC Davis who is struggling to teach from home.

She has asthma and one of her UC Davis coworkers has tested positive for COVID-19.

According to the release, she was recently “told by administrators to return to work at her university office, a small, shared room in which safe social distancing would be impossible.”

She “bought a new desk with her own funds, and then joined UC-AFT’s bargaining session with UC administration last Thursday to demand ergonomically sound desks and strong internet connections for all lecturers that need them to teach effectively and safely from home.”

In response, “UC negotiators told Azevedo to go to campus to hold her online classes, even though the equipment in her office is inadequate and driving to UC Davis would require her to cross county lines and disobey shelter-in-place requirements.”

Further, the release notes, “Ironically, while refusing to supply better internet, UC negotiators expressed frustration that Azevedo kept disappearing from the Zoom call because of her weak internet connection.”

The organizers note that even before this COVID-19 outbreak, lecturers faced difficult working conditions.

The median UC lecturer salary of $19,900 “means that many can barely afford to pay rent in high-cost areas.”

Approximately two thirds of lecturers are not eligible for UC health insurance. The turnover rate is as high as 45 percent per year on some campuses.

As a result, they argue, “UC students are often deprived of mentors who lose their jobs at the end of the term. UC-AFT is calling on UC management not to abandon students or their teaching faculty during this crisis.”

Share:
Tags:CoronavirusUC DavisUC LecturersUC-AFTUniversity of California
Previous : My View: Why We Got Measure G So Wrong…
Next : Prisoner Advocates Charge CA ‘Shuffling Deck Chairs on Titanic’ during COVID-19 Threat