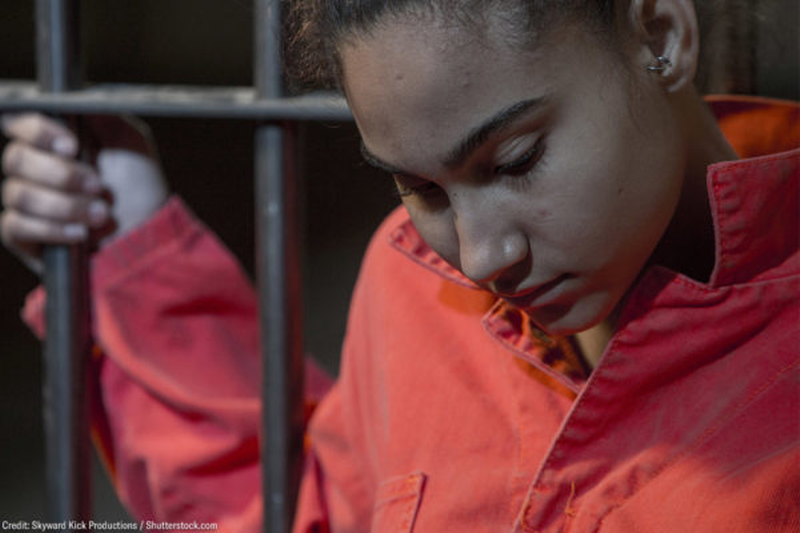 The refusal to let pregnant people out of prison shows just how deep our mass incarceration obsession runs — particularly in Indian Country.

She plead guilty last year to maintaining a drug-involved premises. She was sentenced to 26 months in federal prison.

But shortly after being transferred from a jail in South Dakota to a federal prison in Texas, Circle Bear died of COVID-19 while in custody, just 28 days after giving birth via C-section while on a ventilator. The 30-year-old member of the Cheyenne River Sioux Tribe in South Dakota was the first federally incarcerated woman to die from COVID-19.

Just how did a pregnant woman serving time for a drug offense get sent to a crowded federal women’s prison more than 1,000 miles away from her home?

A judge could have suspended her sentence and asked her to report to prison after giving birth. The Bureau of Prisons could have let her serve her sentence in home confinement.

But it’s not always that simple — in the criminal legal system generally, but especially in Indian Country.

For context, Indian Country is made up of 574 federally recognized tribes whose citizens live on 326 distinct Indian reservations spread across the United States. This federal recognition means that reservation lands are under federal jurisdiction supported by the Major Crimes Act, a U.S. statute that places certain crimes under federal jurisdiction if they are committed by a Native American on their homeland.

The result of this federal jurisdiction is that Native Americans, like Circle Bear, often face federal charges. Lesser crimes are under tribal jurisdiction. These court cases are prosecuted by federal prosecutors, held in federal courts, and presided over by federal judges, and, when and if they are found guilty, they are sentenced to federal penitentiaries. The result is that a disproportionate number of Native Americans are incarcerated in federal prisons. Native Americans make up less than 1 percent of the country’s population, but 2.3 percent of the BOP’s incarcerated population.

Circle Bear’s death is a startling wakeup call that shows the true cost of the U.S.’ obsession with mass incarceration during the COVID-19 pandemic.

That’s why the ACLU has put out a call for governors around the country, President Trump, and the BOP to release all pregnant people from prisons and jails who have less than a year remaining on their sentence. Doing so will mitigate the tragedy we’re facing and will benefit public health around the country, but it can’t change the fact that Circle Bear will never get to watch her newborn baby grow up.

Share:
Tags:ACLUCoronavirusIncarcerated WomenJail Release
Previous : Planning Commission to Examine Measure J Renewal
Next : Guest Commentary: Woodland Police Killed My Brother and I Will Not Be Silenced