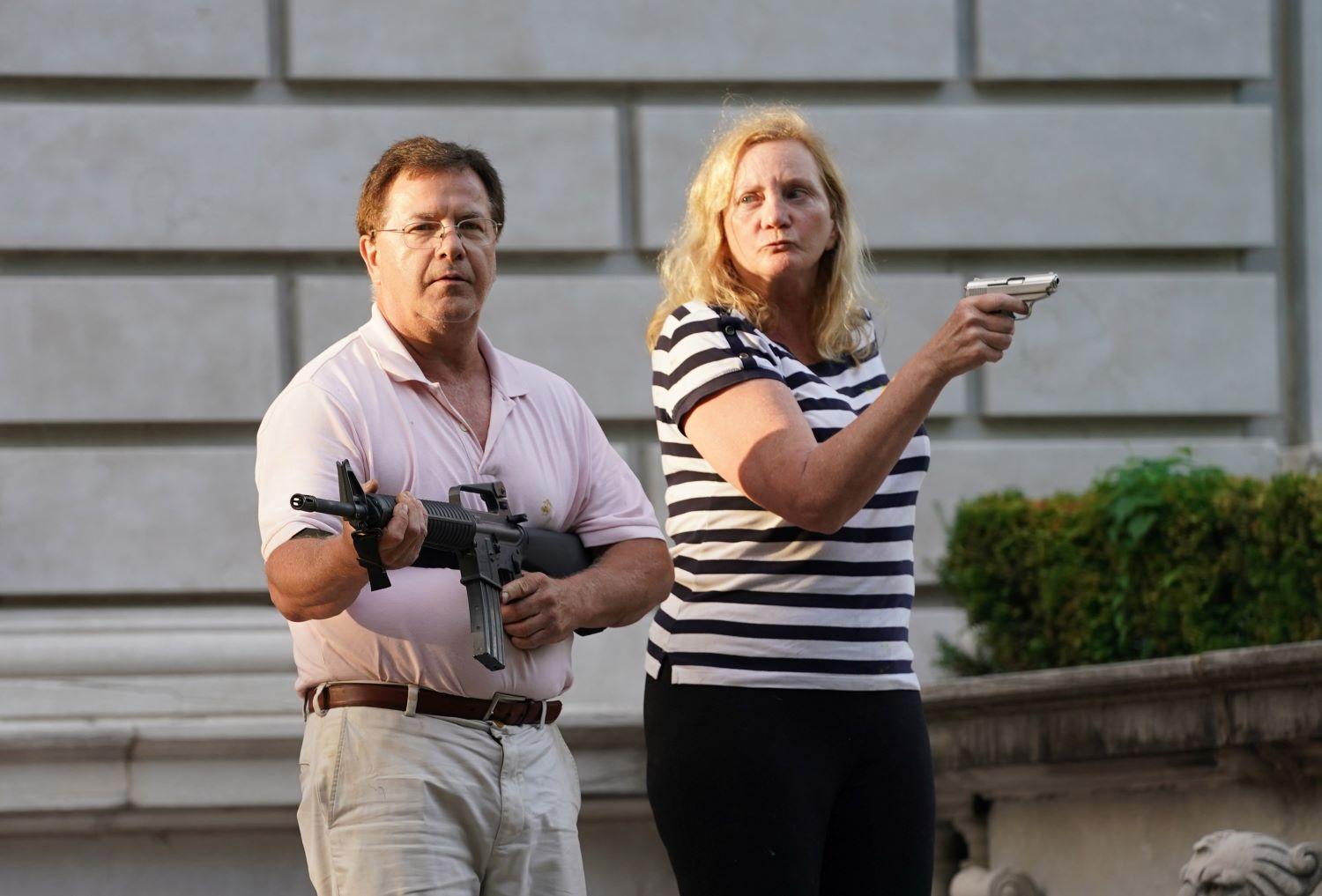 St. Louis – St. Louis City Circuit Attorney Kim Gardner on Monday announced she was filing charges against Patricia and Mark  McCloskey who pointed weapons at protesters outside of their home a few weeks ago in an incident that has receive heavy national coverage.

Today, 63 current and former elected prosecutors, former U.S. Attorneys, and former U.S. Department of Justice officials from around the country came out in support of St. Louis City Circuit Attorney Kim Gardner, condemning vicious and personal attacks she has received in connection with the investigation and prosecution of Patricia and Mark McCloskey.

For the past few weeks, CA Gardner has been the subject of personal and political assaults – including suggesting her removal from office – by President Trump, Missouri Governor Mike Parson, Missouri Attorney General Eric Schmitt and Senator Josh Hawley.

These politicians have engaged in inflammatory and racist attacks against CA Gardner’s proper exercise of prosecutorial authority. This is the latest in a pattern of coordinated attacks on reform-minded prosecutors across the country as these local leaders seek to bring about long overdue reforms to our nation’s criminal legal system and advance proven strategies that fortify community trust and promote public safety.

In St. Louis, these attacks have led to numerous death threats against CA Gardner, as reported by The Washington Post.

“Local prosecutors exercise discretion every day, and rarely do elected federal officials decide to challenge that discretion – especially when it involves charging people who brandish weapons at others,” said Miriam Krinsky, Executive Director of Fair and Just Prosecution.

“This case is not about politics, it’s about the law. There is no doubt this is a local criminal matter that should be handled by local law enforcement and the local elected prosecutor, not national and state politicians who neither live nor vote in that jurisdiction,” Krinsky added. “It is both disturbing and dangerous to see the vicious attacks against an elected prosecutor duly carrying out her job; these personal

assaults have serious real-life consequences and fan the flames of distrust and division at a time when our country most needs healing.”

“The political and personal attacks by state and federal politicians against Circuit Attorney Kim Gardner threaten the ability of every prosecutor in this country to do the job they were elected to do,” said Channing Phillips, Former U.S. Attorney for the District of Columbia and Former Senior Counsel to the Attorney General of the United States.

Phillips added, “At a moment when we are being pushed even more to reimagine our criminal justice system, state and federal overreach like this sends the message that community voices do not matter and will be ignored. The inflammatory language we have seen undermines public trust that is essential to the promotion of public safety so many claim to care about.”

In recent years, CA Gardner has been the subject of escalating racially-charged political and personal attacks from the St. Louis Police Department and Union, the Missouri State Attorney General and the former and current Governor.

These groups and individuals have sought to derail CA Gardner’s efforts to create a more equitable system grounded in evidence-based practices that are focused on diverting more people away from the criminal justice system, as well as bringing people home who no longer present a risk to public safety.

Some of CA Gardner’s reforms that have prompted the most resistance include efforts to bring about police accountability and limit reliance on police officers with credibility issues through the use of constitutionally upheld Brady lists, the exposure and prosecution of corruption in state government, and efforts to revisit old cases where wrongful convictions and injustices have occurred.

The joint statement, with the voice of some of the nation’s prominent leaders in prosecution, highlights the racist undertones and divisiveness of the attacks leveled against CA Gardner, stating: “These critics of CA Gardner have discussed this case with highly inflammatory language and…paired [this] with wildly inaccurate claims regarding the results of CA Gardner’s efforts to do her job and rethink the criminal justice system in the exact manner she committed to her community to do in seeking the job of Circuit Attorney…[This] has, not surprisingly, led to a flood of shockingly racist and sexist emails, social media messages, and death threats against CA Gardner, including a note left on her car that referenced lynching.”

These attacks stem from the charges filed against the McCloskeys on July 20, after a thorough investigation by local police. The defendants were each charged with one felony count of unlawful use of a weapon. Consistent with CA Gardner’s policy of reducing incarceration for low -level offenses, they were issued summonses and offered the opportunity to complete a diversion program which would have enabled the charges to be dismissed; that offer was refused.

The Missouri State Attorney General has vowed to intervene in the case and seek dismissal in contravention of local discretion and Missouri Governor Mike Parson has stated he will pardon the McCloskeys even though an evaluation of facts and evidence conducted through a trial by a jury of the McCloskeys’ peers has yet to occur.

As noted in the joint statement, this unfounded and improper intervention in a local prosecution is particularly troubling in the current climate: “During these difficult and challenging times, it is more important than ever that we support our local prosecutors in the exercise of their core duty to fairly administer justice while protecting public safety. We stand with Circuit Attorney Gardner as she pursues our shared mission for a fair, just, and compassionate vision of safer and healthier communities. And we stand together in calling for an end to racist, hateful and destructive attacks against local elected prosecutors duly carrying out the job they were elected to do.”

To read the full letter and see the signers – click here.