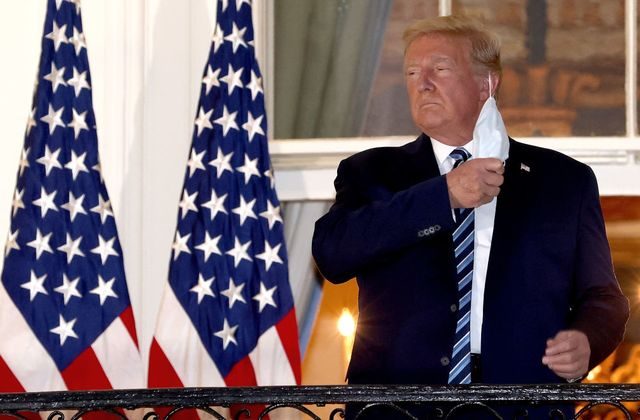 Since Trump’s discharge from Walter Reed Medical Center, several people have asked me to opine on whether he left the hospital against medical advice. My opinion is, we simply do not know, but it doesn’t matter. Technically Trump was not discharged to home the same way you or I would be. He was transferred to the equivalent of a geographically separate step down unit. His “home” unlike ours has a fully staffed 24/7 medical unit. True his discharge was conducted in a theatrically staged manner, but it was still the equivalent of a transfer, not a discharge.

As is so often the case with Trump, the larger issue was obscured by the theatrics. Just as social distancing, masks, and hand hygiene are critical to stop spread of the virus, so are case investigation and contact tracing. As has now been reported by both Vox, NPR and I am sure others, there is no coordinated effort to contact trace on the part of the WH medical team. Despite the fact that Trump had attended multiple events with numerous people in close contact with both him, and other known positive members of his team, there was no timely outreach to known, nor potential contacts. Chris Christie himself reported he found out about the exposure on the news prior to testing and learning he had contracted the virus.

As I write, we have 7 known positive members of the administration, and nine other close associates including Ronna McDaniel, Kellyanne Conway and two GOP senators. There is apparently no WH

Within the past 48 hours Trump chose to breach this protocol in three different ways. First, by leaving the hospital for a cruise past his supporters as a photo op. By this action, he did not further endanger his supporters, but he did endanger his driver and every member of his security detail. He knowingly broke isolation for the purposes of a photo op.

Secondly, he made completely irresponsible statements encouraging people not to take the virus seriously stating people should not allow it to dictate their lives. What he chose not to mention is that while he has done well through the first four days of his illness, he is able to be whisked away to one of the world’s finest medical facilities within minutes and upon discharge returns to a sophisticated medical unit rather than just a bedroom. Amenities almost no one else has. A callous display of his constant self-referential view of the world lacking in understanding or empathy for anyone else’s circumstances.

Finally, what in my mind is possibly the most callous failure of all. The failure to notify. By now the window in time to be most effective in contact tracing has already passed. As with all other aspects of the COVID-19 pandemic, Trump has left it to individuals to sink or swim on their own.

While it is true that individuals having attended the Rose Garden event or one of his rallies should by now know to quarantine and/or test, their contacts will have no way of knowing they may have been exposed. These innocent folks, likely to still be asymptomatic, are out living their lives using whatever precautions they have chosen to adopt in the absence of a uniformly mandated standard.

While my hope is that Trump and all his associates who chose voluntarily to put themselves in harm’s way have a speedy and complete recovery, my greater hope is that their wanton recklessness and lack of interest in anyone but themselves will not kill or due irreparable harm to those who are doing their very best to protect themselves and others.