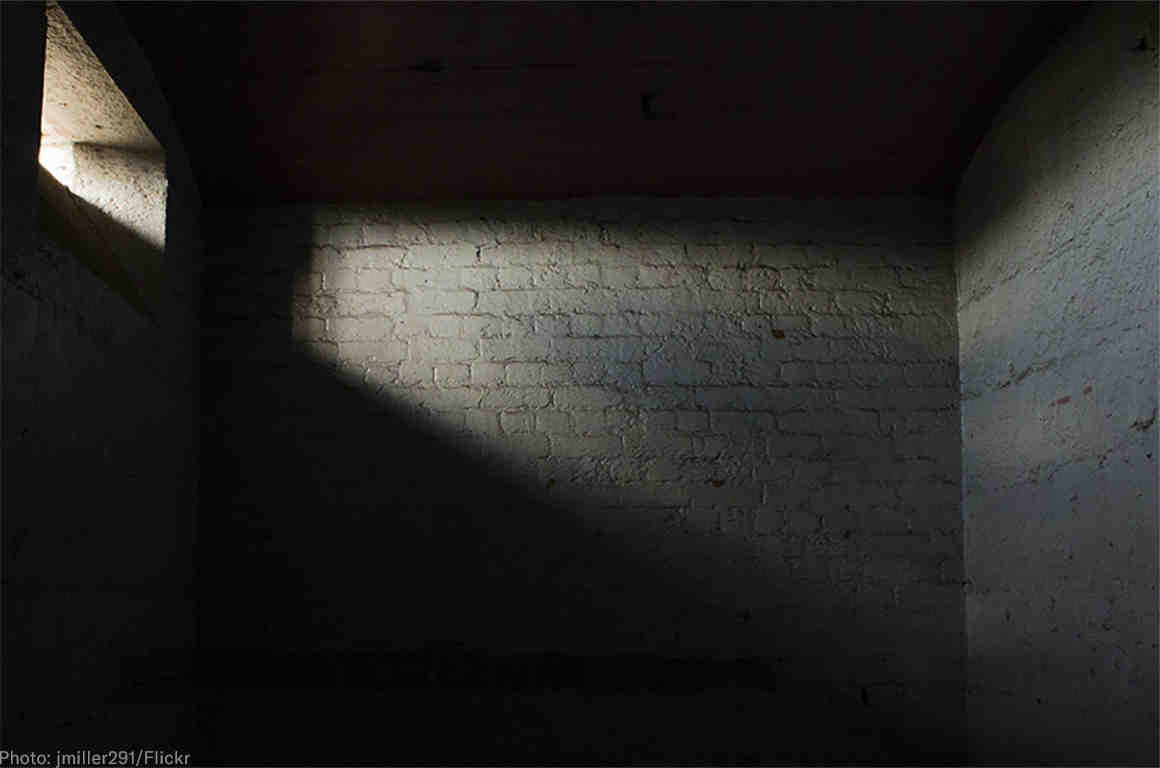 Since the COVID-19 pandemic began, prisons and jails across California have served as petri dishes for the disease. The CDC advises medical isolation/quarantine for those who test positive to contain the spread of the virus. For carceral facilities, CDC states that medical isolation must be “operationally distinct” from punitive solitary confinement, “both in name and in practice.”

However, in jails and prisons across California, the practice of medical quarantine has quickly translated to solitary confinement, with little oversight and regulation from public health departments.

Individuals in solitary confinement are deprived of social contact and have extremely limited access to phone calls and yard time. Further, cells are often cramped, unsanitary, dimly lit, and cold or damp with no natural light.

Solitary confinement has been proven to cause excess morbidity and mortality, immense psychological suffering and lasting trauma that can result in self-harm, violence and

suicide, even after short periods of time.

For those who endure solitary confinement due to testing positive for COVID-19, the trauma of social isolation and sensory deprivation is compounded with symptoms from the disease. This makes for a deadly combination of adversities that can have severe unprecedented long-term consequences on a person’s mental and physical health.

The United Nations special rapporteur, an expert appointed by the Human Rights Council,  has stated that solitary confinement should be banned except in “very exceptional circumstances.”

In one testimony, John (name changed to protect privacy) states, “It is definitely solitary confinement. You’re in a cell by yourself, you’re coming out for thirty minutes and it’s not everyday. It’s approximately every other day if not two days.”

“If you don’t have a strong support system, you go crazy,” he adds.

In an investigation into the conditions at Lompoc Federal Prison (LFP), epidemiologist and renowned physician Dr. Homer Venters stated that “Several people also expressed feeling reluctance to report their COVID-19 symptoms when they first became ill because the unit they would be transferred to was operated like solitary confinement.”

Solitary confinement style medical isolation is not unique to adult prisons and jails, it is also being practiced in juvenile correction facilities during the pandemic. While juveniles are considered low risk for contracting COVID-19, many youth in these facilities have pre-existing conditions such as asthma, and diabetes.

AMEND at UCSF takes a public health approach to corrections to improve the health and wellbeing of people who live and work in incarceration facilities. Dallas Augustine, a Research Associate with the project, spoke to the Vanguard about her work: Medical Isolation and Solitary Confinement: Balancing Health and Humanity in US Jails and Prisons During COVID-19, which was recently published by the National Institute of Health (NIH) in the Journal of General Internal Medicine.

Her research argues that using isolation to curb transmission of COVID-19 in correctional facilities will complicate the emerging crisis because incarcerated people will become reluctant to report symptoms for fear of being moved to solitary confinement. The cost of the failure to report symptoms due to fear will threaten the health of those who work in jails and prisons and the communities these employees live in.

Further, there are reports emerging that people who have been or are currently medically isolated are being held without testing, without showing symptoms, and with no known probable cause of exposure.

In the LFP investigation, Dr. Venters states that, “Many of those who held in other medical isolation settings reported going days in between clinical assessments. Multiple people also reported that daily COVID-19 screenings in quarantine units were often limited to temperature checks without being asked about their symptoms.”

Augustine acknowledges a need for medical isolation in response to COVID-19, however, she argues that the means for achieving this should not include solitary confinement conditions.

AMEND has presented a detailed proposal for quarantine in prisons & jails that is ethical and maintains the health and humanity of incarcerated folks. Augustine elaborated on the specific policy and procedural recommendations from her team.

She states that medical isolation “should be based on medically sound practices [and is meant to] reduce the spread of disease, and should only be driven by testing, close contact and known exposure.” In addition, “the only commonality that solitary confinement should share with quarantine and medical isolation is a physical separation from other people.”

When someone is medically isolated, there must be an increased access to resources. That means nutritious meals, access to mental health professionals and medical staff, television, reading materials and various forms of communication with friends and family. The medical isolation cells must also have “proper ventilation and adequate sanitation.”

Healthcare staff need to provide daily updates “as to why separation is necessary and how long they can expect it to last,” while correctional officers “should make additional efforts to communicate with and show compassion for people in their custody who are scared and feeling unwell in quarantine.”

A summary of the recommendations from AMEND for jails and prisons to minimize the risk of worse health among incarcerated people is as follows:

Augustine states that perhaps the most important element to combating the spread of COVID-19 in jails and prisons is decarceration. Releasing the oldest and most medically vulnerable people can help protect them against the virus.

AMEND’s recommendations could create significant change in jails and prisons across the state if County Sheriff Departments, Public Health Departments and CDCR move to adopt them.

On July 1, Dr. David Sears, Director of Healthcare Quality at AMEND testified at the CA Senate Public Safety Committee meeting on the recommendations mentioned above and urged immediate action to introduce more oversight into medical practices.

While AMEND’s efforts have been vigorous, there seems to be little movement in a positive direction with regards to adopting ethical medical isolation practices. Testimonials from CDCR and County Jails continue to indicate that the practices at the onset of the pandemic, in early April and May, remain the same today.

Community organizations and advocacy groups like the National Lawyers Guild, have been consistently pushing for jails to improve their COVID-19 response. In a letter to Alameda County public officials, NLG urged them to adopt AMEND’s guidelines for ethical quarantine.

In a recent habeas case against San Quentin for its COVID-19 negligence, Judge Kline sided with the defendant acknowledging that solitary confinement style quarantines deter people from consenting to tests, which directly affects the containment process at a prison.

More community members and advocacy groups are pushing for better practices that would assure incarcerated folks of medical care, while restoring their dignity and rights for ethical treatment.

Despite a grim reality, the ongoing advocacy and small wins raise hope for a better end to the pandemic in the carceral system than the beginning.