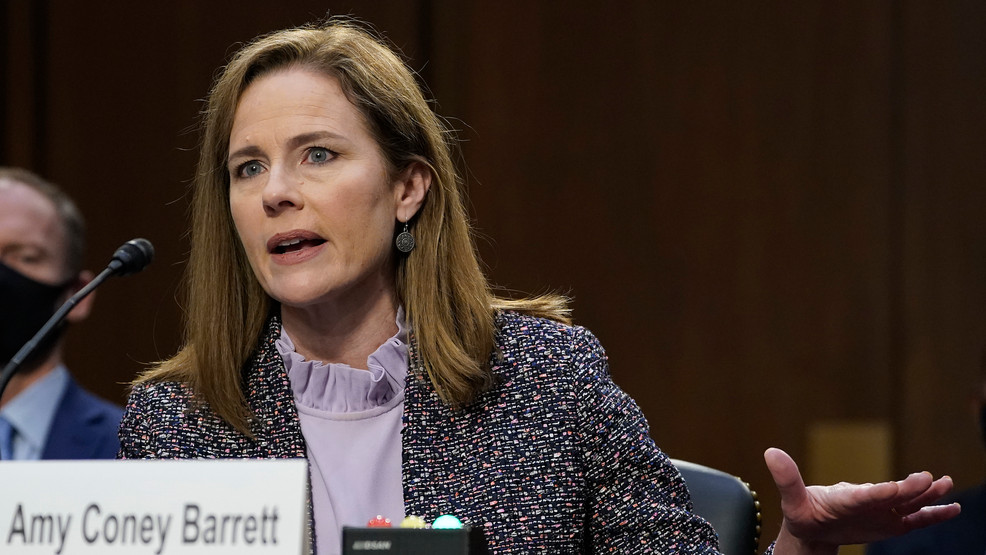 The rush to hearings for Justice Ginsburg’s replacement is being executed with purposeful disregard for the health of the American people, and our democracy.

Judge Barrett would join Federalists Society products Roberts, Thomas, Gorsuch, and Kavanaugh.  Provided that the people consider this a legitimate court, corporate interests would become even more dominant. “The rest of us will simply be their handmaidens.” Amy Coney Barrett’s truly scary association, CNN by Paul Begala October 10, 2020

Barrett was an active Federalist member in 2005-06 and 2014-17.  The Federalist Society is funded by massive, secret contributions from corporate right-wing groups…Koch Industries, the Charles & David Koch foundations, the Scaife Foundation, the Lynde and Harry Bradley Foundation, and the US Chamber of Commerce.

McGahn continues, “Federalists, lawyers that they are, (attempt to) baffle us with BS about being “originalists,” “textualists,” and judges who “won’t legislate from the bench.”

Justice Barrett comes to the court with an agenda to do further harm to civil rights, rights of workers, women and the environment as her personal and legal decisions have plainly demonstrated.

She is not suited for the highest court in the land.  Her appointment would condemn the court to irrelevance.

Her appointment would be answered very simply, NO JUSTICE – NO PEACE!

3 thoughts on “Letter: A Barret – No Justice, No Peace”