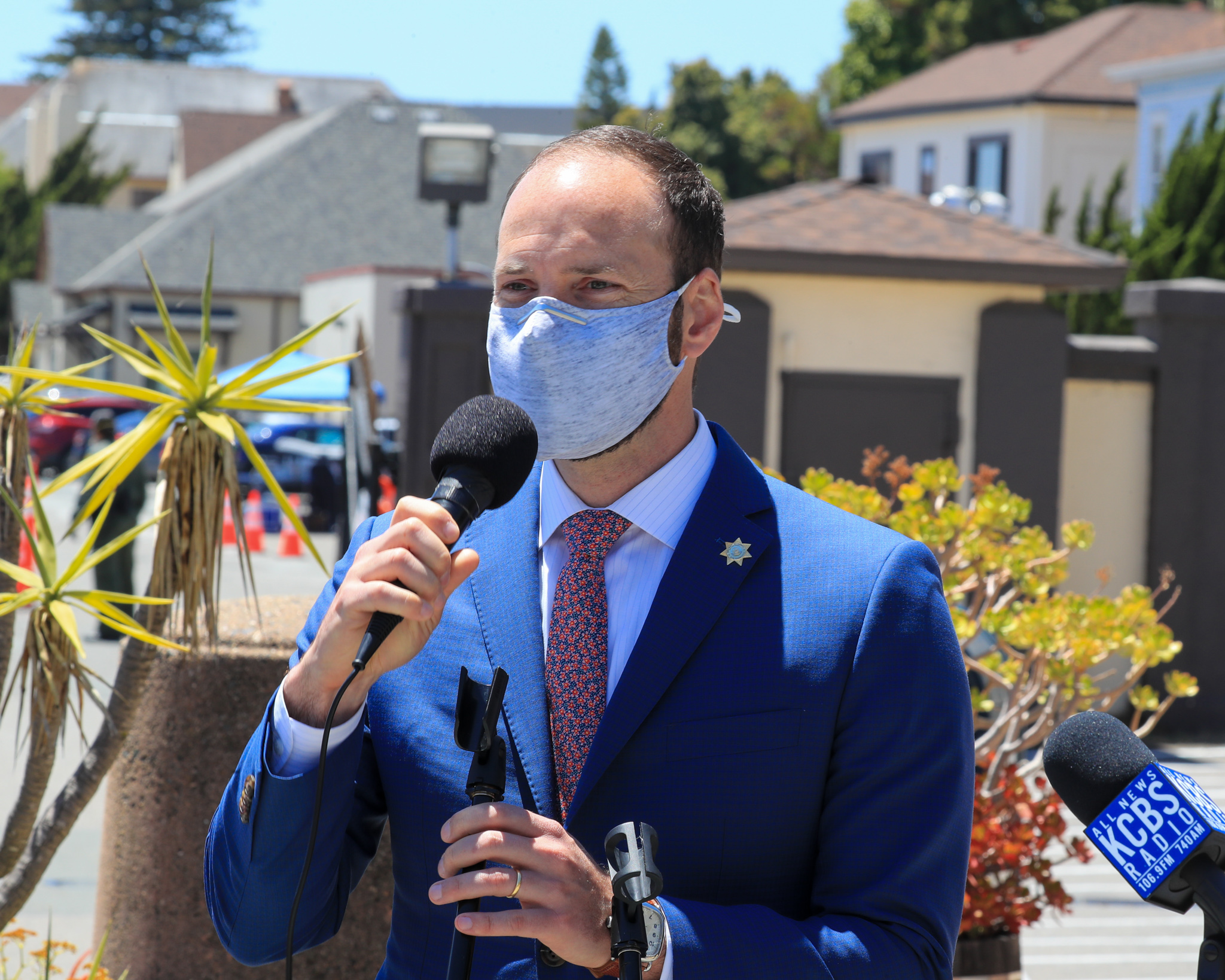 SAN FRANCISCO – In what critics of police brutality here are calling a reversal of a policy of “rewarding” peace officers for killing members of the community, the San Francisco District Attorney Monday announced it has filed homicide charges against former SF Police Dept. officer Chris Samayoa, who shot and killed unarmed Keita O’Neil in December 2017.

The case is “believed to be the first homicide prosecution against a law enforcement officer in San Francisco history,” according to a statement released by the DA office.

Samayoa is expected to surrender himself later this week – is bail is just $1,000. The DA Office said a judge signed a warrant Saturday, calling for charges against Samayoa of voluntary manslaughter, involuntary manslaughter, assault with a semiautomatic firearm, assault by a police officer and discharge of a firearm with gross negligence.

“Police officers are obligated to follow the law when using force—even when responding to serious crimes. As District Attorney, I will continue to hold accountable officers who inflict unlawful violence and breach the trust the public places in them,” said District Attorney Chesa Boudin.

“For too long, we have seen the failures of our legal system to hold police accountable for the violence committed against the members of the public they are entrusted to keep safe. In my administration, police officers are not above the law,” Boudin added.

The DA Office statement noted that SF police officers Samayoa and Edric Talusan followed, on Dec. 1, 2017, what they believed was a carjacked minivan through the Bayview District until it stopped and O’Neil, 42, “jumped out and began to run of foot.”

Samayoa, still seated in his patrol car, shot O’Neil through the window as the suspect ran past, killing O’Neil, who had no weapon on him. His death was ruled a homicide.

Samayoa didn’t turn his body camera on until after the shooting, but the killing was captured because body cams record the 30 second prior to activation. Samayoa was later fired from his job at SFPD.

Critics of the city’s lack of accountability of police praised the action.

Retired ACLU police practices counsel John Crew said, “In San Francisco, this lack of accountability has too often become normalized. District Attorney Boudin’s willingness to apply the law’s standards to the conduct of a police officer, and, where legally justified, criminally prosecute an officer for homicide may help to reverse that trend.”

“Criminal prosecutions of police officers for excessive use of force have been exceedingly rare, resulting in a deep erosion of trust when communities feel law enforcement officers are above the law,” he added.

And former Police Dept. Commissioner and civil right attorney Angela Chan noted that “We have to confront the problematic culture of SFPD that allows officer involved shootings to occur without serious and objective investigations,” she said.

Chan added that “For many years, the highest ranks of SFPD have rewarded officer involved shootings by awarding medals of valor when an officer shoots and kills a community member, particularly Black, Latino, and Asian American community members, and even when an internal affairs investigation is pending.”

SF Supervisor Shamann Walton, whose District includes the area where the killing occurred, said,
“Bayview residents deserve to know law enforcement officers who inflict violence and harm in our community will be held accountable. This prosecution is an important, historic step towards showing that Black lives matter and that unlawful police violence will not be tolerated.”

DA Boudin informed Mr. O’Neil’s family of the decision Monday morning. and April Green, O’Neil’s aunt, said, “I am happy to hear this news, and hoping it brings some justice to our family.”