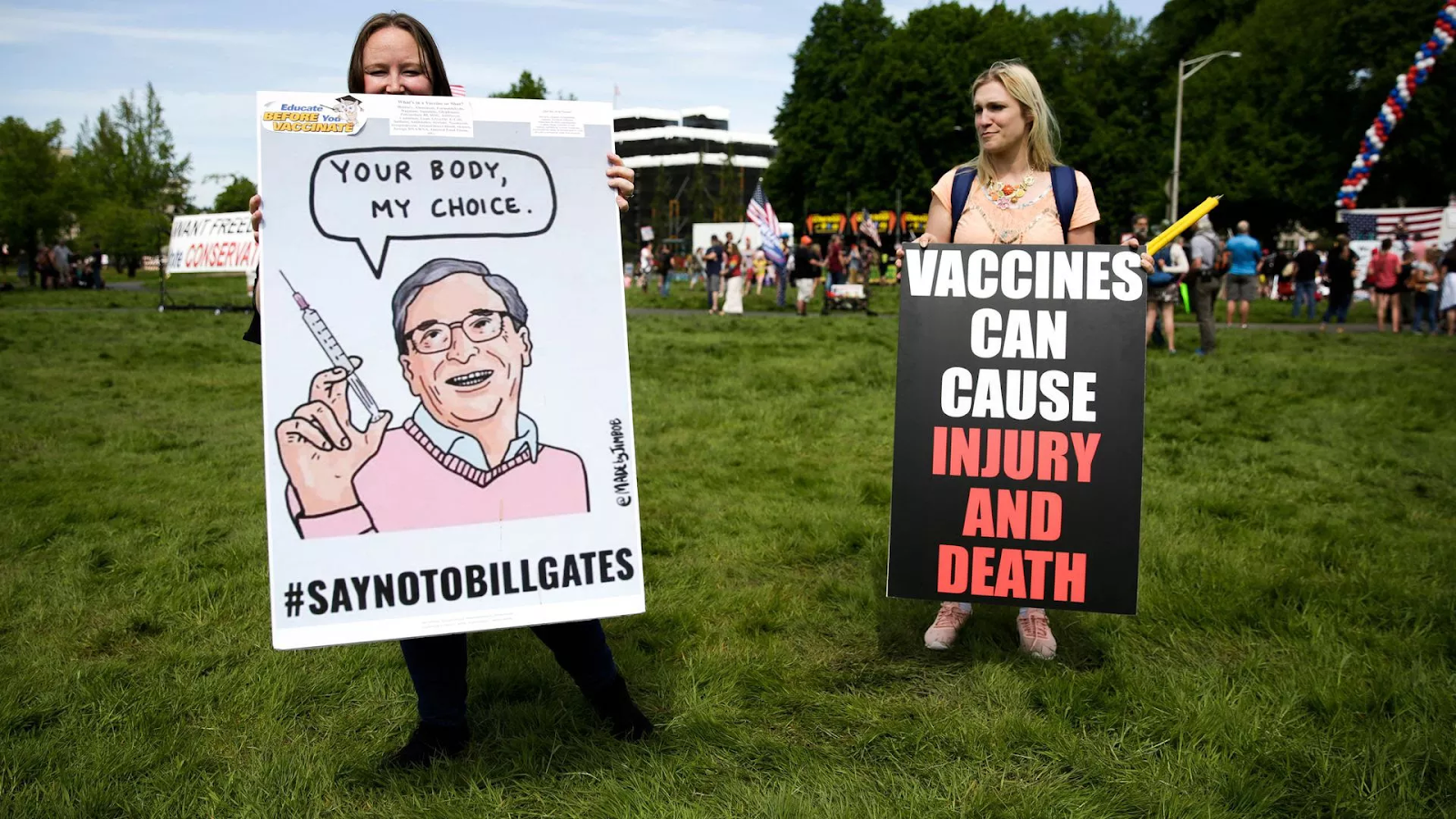 Every time a new technology or advancement in medicine comes about, there are people who doubt its validity. Like any other independent thinker, I welcome and even encourage a little skepticism in our daily lives. But eventually, skepticism must give way to the evidence.

Unfortunately, that is not always what happens.

The rise of evangelicalism and radical distrust in nearly all scientific authority has led to what I would call a “scientifically illiterate” generation of adults and youth. The misinformation that runs their lives is fueled by conspiracy theories and echo chambers found all around the internet.

This rising group of people does not believe in pressing matters like climate change, a stance that has been reinforced by the opinions of President Donald Trump. Some of their more radical members do not even believe that the earth is round, something we have scientifically confirmed time and time again since 2000 years ago.

But while flat earthers are fairly harmless, the other group that these scientifically illiterate individuals

tend to fall into is the anti-vaxxer community. If the anti-vaccination crowd continues to grow in the United States, it could lead to many more deaths, especially as COVID-19 cases continue to rise.

The issue of anti-vaxxing is not a new phenomenon derived from the COVID-19 pandemic. In fact, it has dated back to the beginning of vaccines themselves. It started in the 1800s with the introduction of the smallpox vaccine. The criticism it faced back then at least made partial sense; after all, the concept was being introduced on a massive scale in the United States for the first time.

But hundreds of years later, vaccines have proven their effectiveness time and time again, and yet they are still doubted. Why?

Well, there are a few main reasons for this. Religious fundamentalists have protested against them since the beginning, claiming that they are unnatural and even unholy. Although I am not much of a religious man, I cannot help but doubt that God would support the suffering of the 2.3 million children who die every year around the world from vaccine-preventable diseases.

Thankfully, there are many Christians who do not let themselves fall into scientific illiteracy. Still, the overlap between the two communities is growing larger as time goes on. These harmful thoughts must be dealt with inside local religious communities if we are to have any progress.

Conspiracy theories and rampant misinformation form the backbone of the modern-day anti-vax ideology. The first major conspiracy regarding vaccinations was the supposed link between Autism and the MMR vaccine, which is used to prevent measles, mumps and rubella.

When the MMR vaccine came out in the 1990s, a British research team did a study on the vaccine. One of these researchers was gastroenterologist Andrew Wakefield, MD, who according to The History of Vaccines.Org, “went on to further study a possible link between the vaccine and bowel disease by speculating that persistent infection with vaccine virus caused disruption of the intestinal tissue that in turn led to bowel disease and neuropsychiatric disease [specifically, autism].”

As soon as that study came about, hysteria broke out, and some people latched onto it, despite the many studies that followed, proving this not to be true. While Autism can sometimes be very severe, most people who have it live perfectly normal lives. To treat it as some kind of terminal illness is greatly offensive to many people.

The harm of these doubting thoughts has become obvious. Measles was declared eradicated in the United States in 2002. But in 2014, there were over 600 reported cases. This disease can be deadly to small children and is a threat we shouldn’t have to deal with.

The science shows that many countries, which have had a lower vaccination rate in recent years, have also faced stark rises in Measles outbreaks. The estimated number of deaths from measles in 2019 was 207,500, nearly a 50 percent increase from 2016.

However, the new star conspiracy theory has come about from COVID-19. Several key figures with large audiences have spread the idea that the COVID-19 vaccine will include Bill Gates manufactured microchips, which will do any number of things, depending on which crackpot you ask. This is despite the fact that we have no microchip technology close to this level, as well as the fact that he is unconnected to the current vaccine front-runner.

David Icke, an infamous conspiracy theorist (and one of the key believers of the reptilian conspiracy), claimed that a Big Pharma whistle-blower had told him that “97 percent of corona vaccine recipients will become infertile.”

Meanwhile, BBC reported that the head of the Russian Communist party this week said that so-called “globalists” supported “a covert mass chip implantation which they may in time resort to under the pretext of a mandatory vaccination against coronavirus.”

As crazy as these words sound, they have a very serious impact. Polls show that only 51 percent of Americans would be willing to take a COVID-19 vaccine, and the number has been dropping as time goes on. Ultimately, Americans must begin to place their faith, not in any radical religion or nonsensical internet conspiracies, but on science. It may be America’s only hope.

29 thoughts on “Student Opinion: The Dangerous Rise of Anti-Vaxxers”