At this webinar, Rovner stated that 2,339 incarcerated youth and 3,300 facility members have tested positive for COVID-19 since March and that while no youth have died yet, four staff members

have as of July.

Rovner stressed the importance of reporting data and transparency in data reporting noting “just yesterday” he received an email from Washington State’s Department of Children Youth and Families stating that “it would take six months to inform [him] of the number of youths in their facilities who have tested positive.”

Rovner also discussed the importance of widespread testing stating that, “We don’t know the scope of the virus within facilities., emphasizing that without testing, “we can’t possible know how many youth and staff are positive.”

Some of the negative impacts COVID-19 has had on incarcerated youth include the use of solitary confinement as medical isolation which can lead to psychological stress impacting the development of the pre-frontal cortex, the portion of the brain responsible for impulse control. 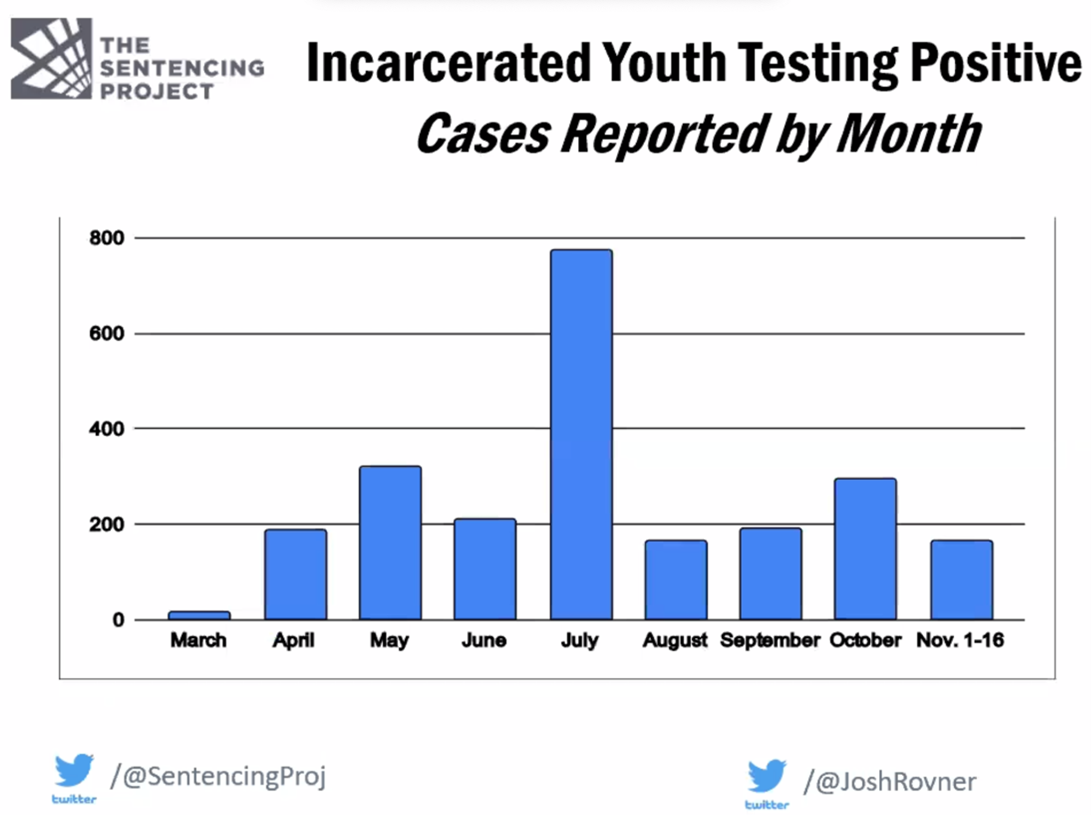 Rovner acknowledged that the best way to stop the spread of coronavirus is to limit the amount of contact between people.

However, he said, for the incarcerated youth population, “that distance has meant the end of visitation from family and loved ones, lawyers have had limited in person contact as well…ending visitation has stopped programming in many cases as outside counselors and educators are not allowed in. We’ve learned of educational programs being replaced by photocopied piles of worksheets.”

In addition, both Rovner and panelists stated that “there is little doubt that youth of color are suffering disproportionately from the virus and the changes within facilities that it has brought.” 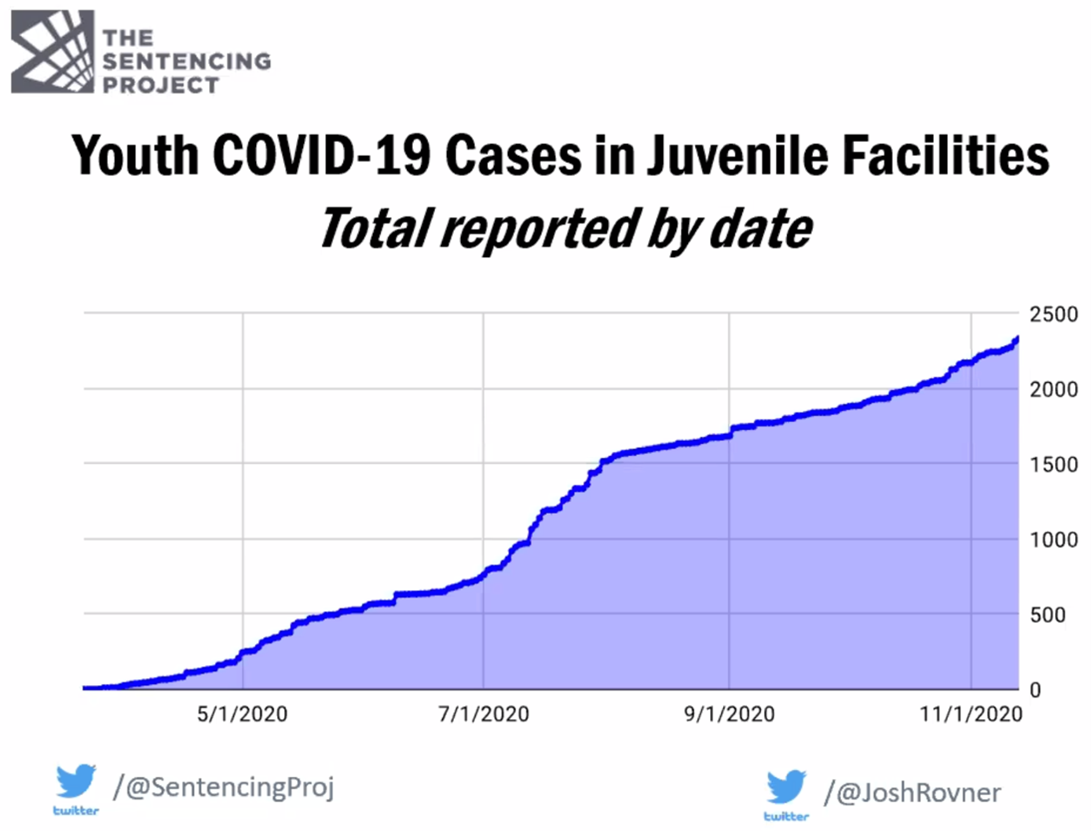 However, unfortunately not all states and facilities have been as forthcoming with data or have implemented widespread testing protocols, Rovner said, adding “Silence does not protect youth, staff, or the community from infection…the disease will spread regardless. This silence is inexcusable.”

Perhaps one of the most important ways to mitigate the spread of COVID-19 is to reduce the number of admissions into an incarceration facility, and to release people from the facility. 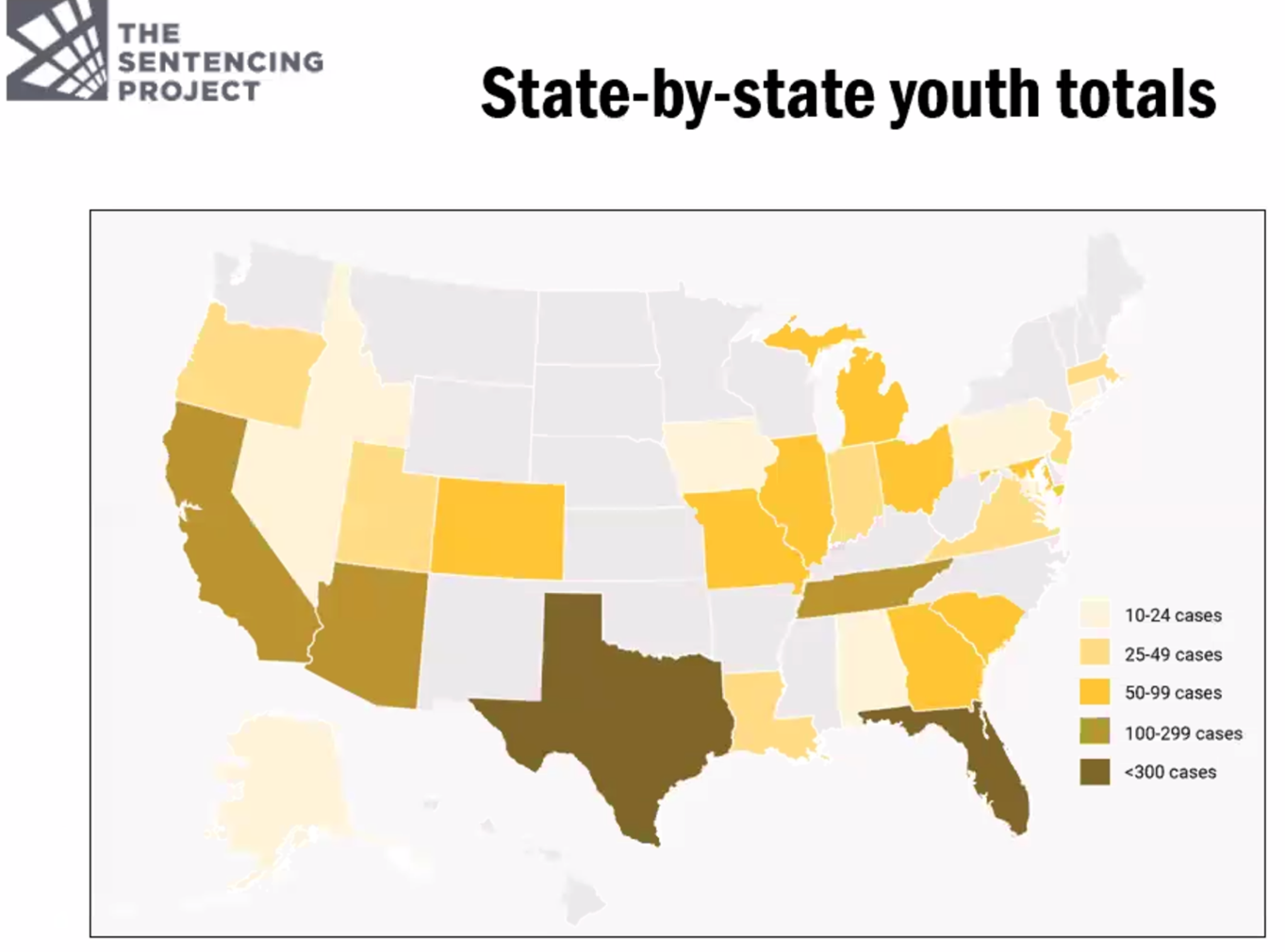 Some areas such as Fresno County and Clayton County have done just that, and according to Rovner, Annie E. Casey Foundation’s Juvenile Detention Alternative Initiative (JDAI), reported that “detention populations have fallen by a third, though largely due to fewer admissions.”

In addition to widespread testing among youth and staff, reducing admissions, and releases, other recommendations to help prevent the spread of COVID-19 to the youth incarcerated population and help improve their well-being and living conditions include the stopping of transfers between facilities, ensuring frequent communication between youth and their family, and transparency in data reporting, Rovner said.

Rovner emphasized that “there’s a lot more to the impact than just life and death situations. We should be demanding more for these children’s lives than mere survival.”