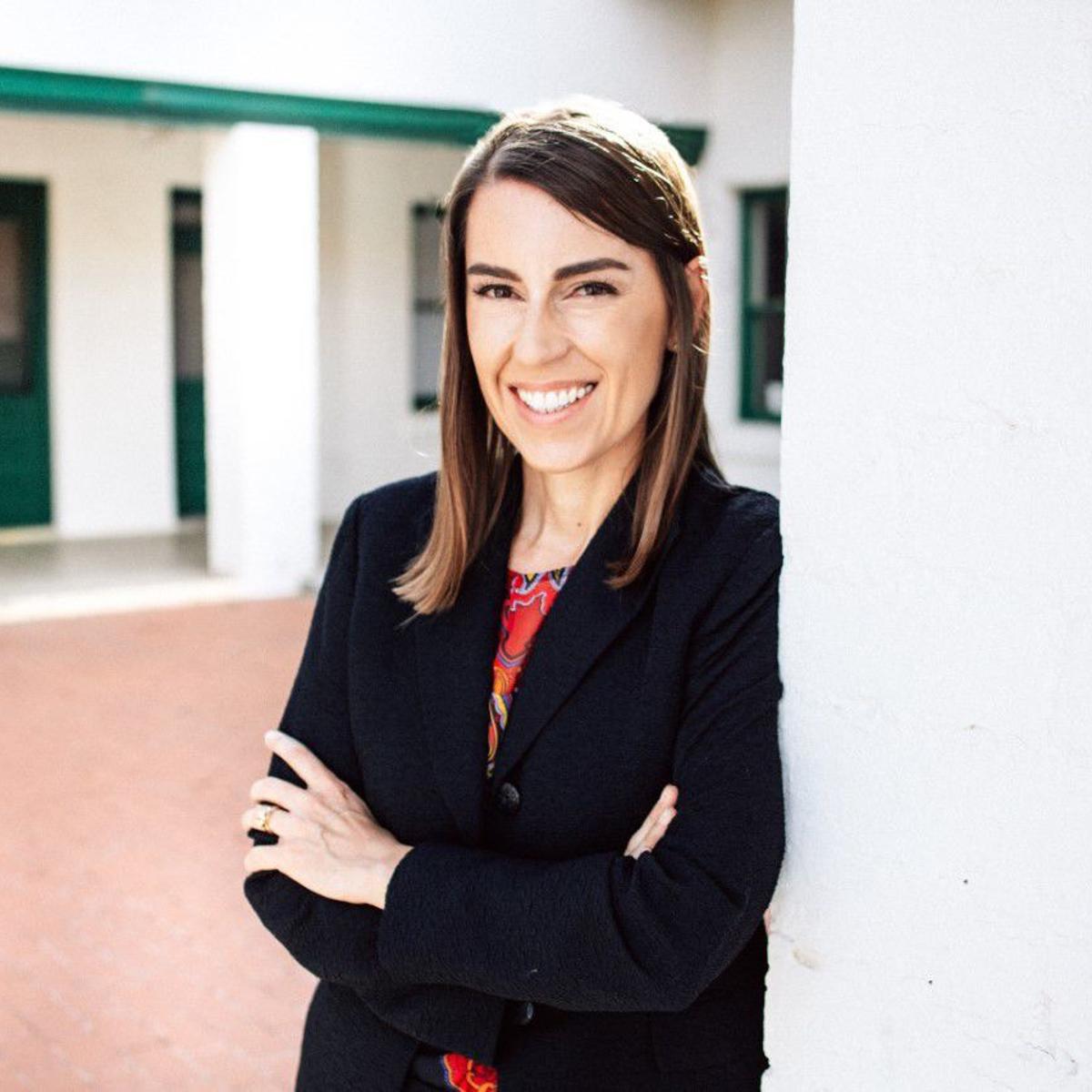 By Macy Lu and Mia Machado

PIMA COUNTY, AZ – January 1 not only marked the beginning of a new year, but the day Laura Conover assumed her new role as County Attorney in Pima County, a position that her predecessor held for nearly a quarter of a century.

When former Pima County Attorney of 24 years, Barbara LaWall, announced that she would not be seeking reelection last October, Attorney Conover stepped up, stating “it is time for a new generation with new ideas to take leadership in the Pima County Attorney’s Office.”

Attorney Conover—a lifelong Tucson resident and veteran criminal law attorney—announced her candidacy for the Democratic nomination for Pima County back in November 2019, and expressed her desire “to bring much-needed reform to Southern Arizona criminal justice system.”

After defeating Democratic candidates Jonathan Mosher and Mark Diebolt in the primaries, Conover went on to a landslide victory on Election Day, facing no Republican candidates and garnering a total of 347,073 votes.

Having attended law school to “fight for the rights of the poor” and “advocate for victims,” Conover wanted to “focus prosecutions on violent offenders and stop spending hundreds of millions of

dollars to warehouse the poor, sick and addicted in prison.”

Through her candidacy, Attorney Conover amassed a number of notable endorsements, some of which include the Sierra Club, Planned Parenthood Advocates of Arizona, Mass Liberation, and even John Legend.

The overwhelming support for Attorney Conover’s candidacy can be explained by her clear and bold plan for progressive reform, covering a diverse and wide range of issue areas.

High on her agenda is her plan to re-envision how the Attorney’s Office treats drug offenses.

Conover pointed out that, in 2019, the Pima County Superior Court and Arizona Department of Corrections reported drug offenses as the most popular of all offense types. However, 70 percent of these felony drug offenses were charged for the possession of a mere two grams or less—“equivalent to two sugar packets.”

Shifting away from the tradition of arresting and prosecuting as many drug offenders as possible, Conover plans to focus on treatment, chosen “wisely” and “at a fraction of the cost.” She hopes to use the resources freed as a result of this approach to target actual criminals “who harm our families and neighbors.”

This approach will contribute to her long term vision of returning the office to its “core functions of protecting the community and ensuring justice is done for each victim and each defendant in every single case,” she said.

Within the County Attorney’s Office itself, Conover aims to reform how financial responsibilities are managed.

With law and justice accounting for more than two-thirds of Pima County’s general fund budget, Conover wants to ensure that as County Attorney—a position “entrusted with hundreds of millions of dollars of taxpayer money—“every dollar goes to increasing public safety.”

In an interview with Blog For Arizona, Conover expressed that “creating that financial crimes unit by hiring lawyers with forensic accounting backgrounds will be essential.”

The Vanguard reported in August 2020 that Conover chose Jack Chin, a law professor at UC Davis who had previously come from University of Arizona in Tucson, to set up the fraud unit.

His previous experience operating white collar and fraud units made him a fitting candidate.

Regarding her stance on the environment, Conover claims she will “do everything in [her] power to fight for the conservation of wildlife, plants, and habitat, as well as equitable access to clear air, land, and water.”

She believes it is critical for the County Attorney to understand the urgency of the climate crisis, as it “does and will disproportionately affect low-income communities and communities of color.”

To accomplish this, Conover plans to support the Board of Supervisors—connected to the civil branch of the Attorney’s Office—in its efforts toward conservation.

These efforts include supporting the Sonoran Desert Conservation Plan, which, according to the Pima County website, is a plan that “[balances] the conservation and protection of our cultural and natural resource heritage with our efforts to maintain an economically vigorous and fiscally responsible community.”

Additionally, Conover promises to employ her power as County Attorney to “fight to hold corporations accountable for the role they play in the climate crisis.”

As for her views on immigration, Conover is a devoted critic of Operation Streamline—a program that “pulls impoverished migrants out of the desert…and prosecutes them for often nothing more than the ‘crime’ of illegal entry into the U.S.”

After writing memos to two Tucson judges relaying her concern over cramped living conditions during the onset of the 2020 Arizona lockdown, she finally succeeded in pressing the Tucson federal court to suspend the program.

Having watched “what was happening in particular to people of color” like Louis Taylor—wrongly incarcerated for the Pioneer Hotel fire for 42 years—since she was a 19-year-old intern at the Tucson federal court, Conover guarantees to mitigate racial inequality during her time in office.

“Fighting against the death penalty in the ’90s in Arizona … taught me … the system was not playing equal for everyone,” she said. “We [have] a serious, serious racial problem going on in the criminal justice system.

“Death row is just the top. Then you start looking at the rest of the system and you see that there are racial disparities throughout,” she noted, identifying two reasons underpinning these disparities.

First, she believes the Pima County Attorney’s Office is severely lacking in diversity. As a result, it fails to appropriately represent the community it is supposed to protect.

To “fix racial disparity in the long game,” Conover wants to recruit people from Tucson neighborhoods into her administration.

Second, she believes holding people on bail is a “huge socioeconomic problem.”

In fact, bail was the “tipping point” in her decision to run for office after she witnessed a young man confess he cannot pay a $500 bond—the lowest allowed under the previous administration—and keep feeding his children.

“Cash bail ends the day I step into that office,” she affirmed. “It’s over. My prosecutors will argue two things—danger to the community or true flight risk.”

As a life-long supporter of Planned Parenthood and a woman’s right to choose, Conover has vowed to fight for the abolition of anti-abortion laws and “fight to regain equality and dignity for the women and families of Pima County.”

Regarding Arizona’s practice of criminalizing women who seek an abortion, Conover stated, “Here is my promise about prosecutorial priorities on this point: no woman will ever spend one minute in jail for her choice under my watch.”

As an avid biker “with a childlike love for [biking],” Conover plans to increase bicycle safety for Tucsonians by addressing the issue of distracted driving.

Recognizing that “bicycles aren’t just for recreation, but an essential form of transportation,” she has expressed support for widening bike lanes to protect commuters.

Conover believes that “bike theft needs increased attention” from public authorities because, while Tucson is only 80th in population, they are fifth in bike thefts—in a city where 16 percent of Tucson residents rely regularly on bikes for their transportation.

To remedy these troubling statistics, she plans to inject more “resources to do the slow, methodical work of tracking the theft and fencing (selling) of bikes, and the follow-up prosecutions that demonstrate the theft of a bike is no less serious than other intrinsically valuable property.”

Throughout Attorney Conover’s candidacy, many have voiced their support for the progressive and reform-minded attorney, seeing her as an opportunity for real change.

For example, a month before the primary, several prominent Tucsonians, including the former president of the Arizona Association for Justice, James Fein, voiced their support for Conover and her “refreshing” stance on criminal justice reforms.

Later on July 14, Fein wrote in the Tucson Sentinel that “too many years of one person passing the baton from one to another can lead to narrowing a vision of possibilities for how that Pima County Attorney’s Office can best meet the needs of our community.”

Pima County attorneys have handpicked their successors for over 44 years. Fein expressed concern that this model of succession dangerously facilitates “less accountability to the public at large.”

Fein’s sentiments were evidently echoed by the community during the Democratic Primaries, when Conover collected 59 percent of the vote to beat not only veteran prosecutor Mark Diebolt, but also Jonathon Mosher, former County Attorney LaWall’s choice of replacement.

The general public reiterated their enthusiasm toward Conover and her vision for reform after she won with 96.2 percent of the general election votes in November.

But not everyone, however, is “over the moon” regarding Conover’s election.

Former County Attorney LaWall, who prided herself in instigating a “panoply of rights for victims” during her tenure, hinted to local news station Kgun9.com at the rifts between her views and those of Conover.

“I think she’s about to have her eyes wide open,” LaWall remarked. “She’s got her own philosophy, her own policies, and she’s going to be quite different than Barbara LaWall—we’ll just leave it at that.”

Macy is a junior from Orange County, CA, studying Communications and English at UC Davis. She loves meeting people, reading books, and writing

Mia Machado is a junior at UC Davis, currently majoring in Political Science-Public Service and minoring in Luso-Brazilian studies. She is originally from Berkeley, California