In the weeks leading up to president Joe Biden’s inauguration, thousands of Hondurans, in a desperate plea to escape their poverty-stricken, violence-ridden and hurricane tormented country, attempted to make their way through Guatemalan and Mexican borders in the hopes of a better life in America.

In his presidential campaign trail, former President-elect Biden proclaimed that the United States and Central America are “bound together not just by proximity, but by our shared history and values, and the deeply rooted connections of family and friends that inextricably link our futures.” The previous administration blatantly disregarded these shared values while dehumanizing the migrants in a political ploy to garner supporters.

While the United States cannot afford to take in the thousands of migrants, especially not during a pandemic, I firmly believe the United States must help tackle the root causes that make the migrants want to flee their countries.

It is not a coincidence that thousands of migrants are making their way to the United States at the beginning of the Biden administration. People who embark on a perilous journey to America feel that they don’t have a choice but to make the dangerous trek across borders.

With a new president, migrants assume that they can be granted asylum within the first few weeks of the Biden presidency. Yet, in an NBC news report, a senior Biden transition official stresses that “There’s help on the way, but now is not the time to make the journey.”

There is a history of caravans attempting to cross the U.S. border, but hopefully, the Biden administration will break this cycle by providing the much-needed support. In a country deprived of all signs of hope, people will stop at nothing till they can find refuge. The caravans will keep on coming, but the U.S. and Central America’s combined efforts to improve these countries’ conditions could result in people staying within their own countries.

Ana Murila, one of the migrants in the recent caravan, claims, “…there are no opportunities; we are leaving because we don’t want to suffer further.” Murila joined the caravan with her children after the back to back hurricanes badly affected Honduras.

As noted by Claudio Escalon and Maria Verza in an AP article, “The hurricanes’ destruction comes on top of the economic paralysis caused by the COVID-19 pandemic. And the persistent violence and lack of jobs that have driven families north from Guatemala, Honduras, and El Salvador in great numbers during recent years.” It is disheartening to think about what many migrants go through and the continual sacrifices they make to support their families.

Many Americans may disagree with providing aid to Central America when we have poverty within our own country.

But to this, I must ask whether anyone considered how much it costs to fund the border wall in Trump’s attempt to crack down on illegal immigration. According to a BBC article, the Trump administration spent a whopping 15 billion dollars building a wall across the Mexican and U.S. border. The United States should have used the insane amount of money spent on the wall towards improving Central America.

Suppose the Biden administration holds on to the promises made in the campaign trail. As described on Biden’s campaign page, they will overturn many of the Trump administration policies and commit a $4 billion regional strategy to tackle the root causes that led to the migration. This strategy would take on regional security challenges, the corruption infested governments and prioritize poverty and economic improvement.

The money and resources allocated to bettering Central America may also benefit the United States as it bolsters its security and creates new economic opportunities for U.S. businesses.

While it’s easy to dismiss the people in the caravans as a problem, we must recognize that no human life is disposable. Every person deserves the right to safety, stability and the ability to thrive. I hope that President Biden can overcome the humanitarian crises in Central America; we will all be better for it.

“The challenges ahead are formidable. But if the political will exists, there is no reason Central America cannot become the next great success story of the Western Hemisphere.” 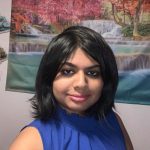 Tara Abraham is a third-year transfer student pursuing a Communications major at UC Davis. She was born and raised in the Sacramento area.

70 thoughts on “Student Opinion: Migrants’ Search For Refuge In Absence of Hope”