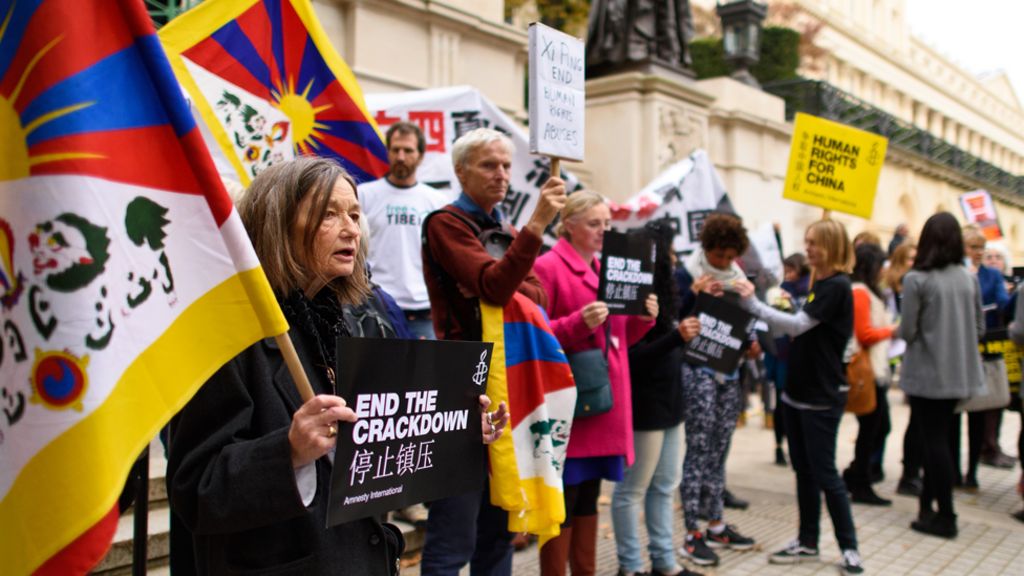 On Monday March 22, the United States along with allies Canada, the United Kingdom and the European Union imposed sanctions on several current Chinese government officials.

These sanctions came one week after the United States discussed sanctioning 24 Chinese and Hong Kong Officials who had links to multiple democratic abuses. The European Union and its allies claimed that these Chinese Officials had ties with camps in the Xinjiang Province that participated in “serious human rights abuses” against the Muslim Uyghurs in China. These various sanctions represent the growing tensions between China and Western countries.

In an attempt to pressure China away from committing crimes against ethnic minorities in their country, the Western allies came together with several other countries to show a force of unity. First, the European Unions released their own sanctions on the Chinese Officials. These sanctions along with those of the United States included freezing assets and restricting travel for Chinese government Officials. This was followed by a joint statement by the foreign ministers of the Five Eyes Intelligence Alliance and the US Secretary of State, Anthony Blinken.

The Joint Statement read, “The evidence, including from the Chinese government’s own documents, satellite imagery, and eyewitness testimony is overwhelming. China’s extensive program of repression includes severe restrictions on religious freedoms, the use of forced labor, mass detention in internment camps, forced sterilizations, and the concerted destruction of Uyghur heritage.”

Furthermore, these sanctions don’t represent a one-time push back against the Chinese government, but rather a continuing one. The Director of the Office of Foreign Assets Control in the Treasury Department expressed, if the atrocities in Xinjiang continue, Chinese officials will “continue to face consequences.”

The Biden Administration has not been silent after releasing its sanctions. Rather, the administration is actively working with allies to prepare for future actions against the Chinese government. During a White House press conference, Press Secretary Jen Psaki stated, “We will be evaluating what the appropriate next steps are in close coordination with our allies around the world.”

China immediately responded to the sanctions by arguing that the US and allies were merely spreading lies and interfering in their internal affairs. China countered these sanctions by sanctioning 10 politicians in the European Union, and 4 of their entities. These sanctions included banning them from traveling to mainland China, Macau and Hong Kong. Those sanctioned are also restricted from doing any sort of business with their country.

The Chinese government has made it clear that they are not welcoming any interference with their “internal affairs,” and they will be continuing to refute the allegations being made. However, the United States, European Union, and its allies have made it clear, they will not be backing down.